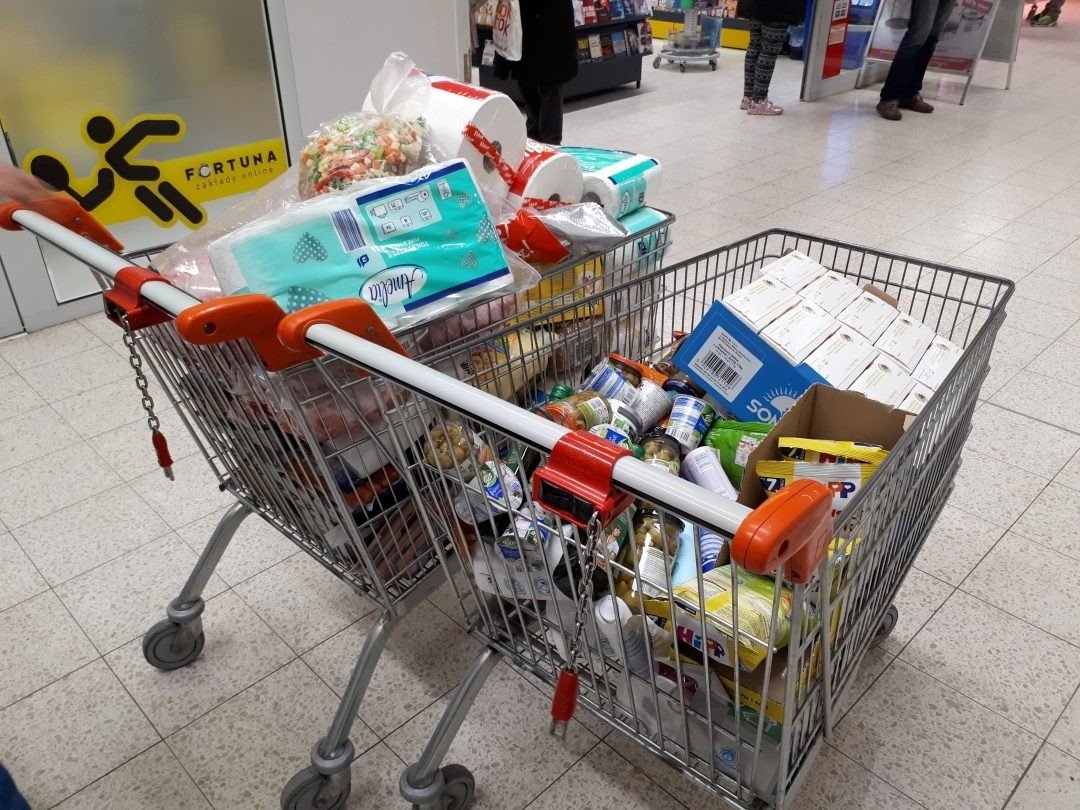 Soon after crossing the state border in Lazdijai district, the village of Holny Mejera, which belongs to Seinai county (Poland), the Lithuanian shop Vynotekos was opened in the territory of the café Morena last week.

Here, one kilogram of Krekenavos dried beef ham was sold at 6.85 euros per kilo (PLN 28.99 when the local currency's exchange rate was 4.23 euros).

In Lithuania, on the other hand, in the retail shops, the price of the ham costs, on average, 19.98 euros per kilogram.

Other Krekenavos products from Lithuania are sold at a cheaper price – cooked sausages, sausages and "Medžiotojų" sausages.

It is true that some products indicate that it is a special promotional price, but even then, experts from the Lithuanian institutions said they could hardly explain this price difference.

DELFI asked to comment on the prices of the representatives of Gelsva UAB and the Competition Council of the Republic of Lithuania.

We have not received the comment from UAB Gelsva, owner of the Vinotekos brand, and Ieva Natanė, representative of the Competition Council, states that the price is a shareholder, i. with discount.

"As can be seen on the product label, the price of Lithuanian ham is sold at a discount in Poland. In addition to the discount, the price is almost the same as in Lithuania, "says a representative of the Competition Council.
According to Mr Nathanė, the comment on the discounts of the product could be made by the seller himself.

Meanwhile, Evaldas Pranckevičius, the representative of the Ministry of Agriculture of the Republic of Lithuania, head of the Division of Economic Analysis of the Department of Economics, says there are several reasons for this price difference.

"In Lithuania, meat and meat products are covered by 21%. VAT, while in Poland only 5%. In addition, the size of the market is determined by the size of the market, where traders do not pay for the price of the product sold, but their quantity, i. at a lower price, with a higher production volume, the margin remains practically the same, "says a MoA representative.

However, Mr Pranckevičius said he could hardly imagine that traders would apply a lower price to the product than the cost they had bought.

Alcoholic Albert Lukks, a buyer in Poland at the Frontier Vineyard, blamed the government and greed of Lithuanian traders at high prices due to high prices in Lithuania.

"If we look at the share of trader prices in Poland and Lithuania, there is no need for much understanding about who is to blame for the high prices. For us the Poles, well – Sinai, but what do the residents of the capital do? It seems that there is nothing else to do, just to keep up with the price discounts announced by supermarkets and to go through the supermarkets to find cheaper products, "resented shopping in Poland once a week, a lively Lithuanian.

According to data from the Ministry of Agriculture's price monitoring portal www.produktukainos.lt, in January this year the pound of pork purchased for purchase was EUR 0.91 per pound liveweight. This price is paid by Lithuanian collectors and processors to pig farmers and farmers.

The pig carcass costs EUR 1,24 per kilo to the processors and the producer supplies a refrigerated pork ham at an average of EUR 2,45 per kilo.

According to data from the same portal, the price of refrigerated pork for the retailers of the retailer is 3.03 euros per kilogram. This price for fresh pork ham is paid by a regular supermarket customer.

Clean, packed and taken to the point of sale – also costs. The mark-up and VAT on traders are also contributing. And this translates to € 19.98 per pound of high quality dehydrated pork ham in Lithuania.

Economist, member of Seimas Ingrida Šimonytė says that prices of goods and services are determined by competition in the market. Comparing the size of the Lithuanian and Polish markets, the Member agrees that it is not in favor of Lithuania.

However, according to the economist, the Lithuanian competition for the Polish is different. "I would say that competition in Poland is a real competition, where hegemony will not be defeated because of the cost of losing customers and the market itself. In Poland, competition is intense and high, in Lithuania I can see the signs of oligopoly If a new competitor hits the market, current traders would simply be forced to cut prices, "says Šimonytė.

Deputy Agriculture Minister Ausma Miškinienė says that one way of reducing prices could be to shorten the so-called price chain when the number of intermediaries between producer, producer and buyer is low.

"Farmers' markets, cooperative stores and small retailers could have an impact on price levels. In addition, the average prices of goods and products, which are announced publicly by the ministry, have a significant influence, as we have observed the trend that they were not established for some time before they began to spread prices, "says A. Miškinienė.

However, according to the Deputy Minister of Agriculture, the change in price behavior could have a major impact on price reductions when they would be forced to reduce their prices by choosing small traders.