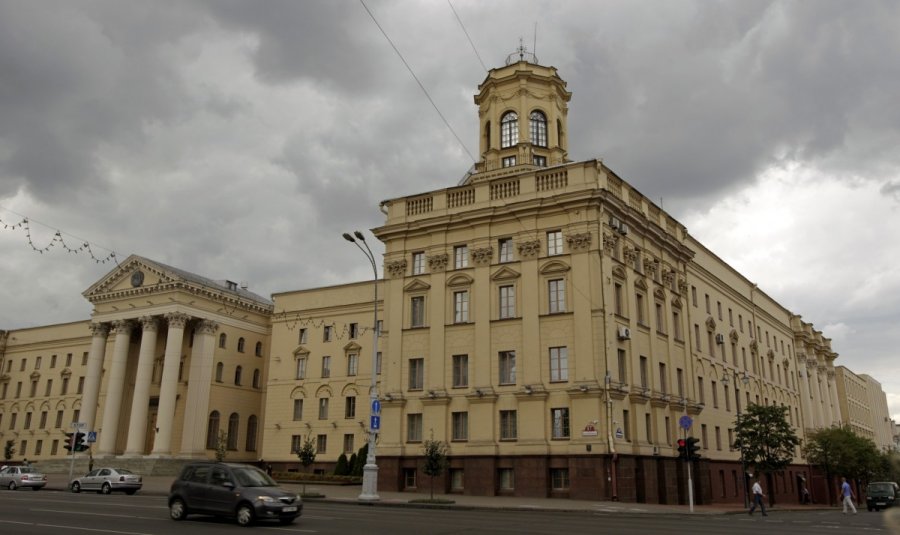 The story is about a 30-year-old Belorussian who lives with his wife and daughter in Lithuania. His promise is to protect his identity, so let's name him Sergey (fancy name). His father and brother in Belarus are convicted, his uncle lives in Poland.

This man in 2017 had applied for asylum, which was not satisfied.

In that request, the man stated that his father's company had been in the market for 24 years and had many people working in public.

"It all started on December 2, 2015, when officials of the Belarusian State Security Commission (hereinafter referred to as KGB) Minsk and Minsk Division instituted criminal proceedings against my father … and my brother (…) for lack of payment of taxes and closed the two detention chambers.They were accused of not having paid $ 3 million in the company (…) and immediately offered to pay this amount and promised to release it.

At first, the father did not agree to pay, saying that all taxes were paid. The Tax Inspectorate constantly verified the company and found no improper conduct. However, the conditions in the cell were poor, which led to health problems and the father agreed to pay $ 750,000. Thus, 03/18/2016 disclosed his father, but his brother was still detained until November 2017 (DELFI). Although it was promised that both would be released after the aforementioned sum, "the man wrote in the request.

"However, when he released his father … and invited him to search again a week later, he said he would have to pay the remainder of the $ 2 250,000 so he would be a younger son, who also (…) I was afraid to be arrested in Lithuania, where I still live with a temporary residence permit, "Sergey wrote.

With the wife, they are shareholders of a company operating in Lithuania. He also claimed to be a shareholder of two established companies in Belarus. The man wrote that after leaving Belarus, officials at various levels were constantly questioning their close people about him.

"My true uncle … is a dissident in Belarus and since 1998 he has been granted asylum in Poland because Lukashenko's government persecuted him and therefore had to flee the country. Belarus, the Lukashenko regime and its consequences for the people of Belarus.The problem at the moment is not that the country is dominated by old nomenclators but by the fact that there are young people in power who have learned very well the old methods of administration, wrote Sergey.

He himself said he graduated from the UK and joined Amnesty International.

"My wife … has a lot of relatives in the US I recently visited and was interested in asylum procedures there." In an informal environment, I was told that the US would agree to grant asylum, however, I chose Lithuania because I can help my family and fight for democratic Belarus, "Sergey wrote.

The document received by DELFI shows that the Department of Migration did not grant refugee status and additional protection to the husband and family. This decision was appealed to the Vilnius Regional Administrative Court.

The complaint cites the Department's decision. He stated that "it was found that the father of the asylum seeker … and his brother … were prosecuted for tax evasion. They are currently sentenced to prison. It has also been found that the asylum seeker , at the time of the criminal proceedings of his father and brother, had been summoned for interviews with law enforcement officers for a variety of cases.
questions.

However, the investigation did not reveal (…) criminal proceedings
was motivated by a political motive. (…) Having assessed all objective and subjective factors, no specific assumptions were made that would lead to the asylum-seeker's fear of being prosecuted in the context of the father and brother case.

Fears of the future of loved ones

The DELFI man said he did not want to reveal his identity because his father and brother are still in the colony. Brother should go to freedom later this year – December.

"We, as is possible under the law, write complaints that the father's health is very bad, he has cancer, and he really does not like the colonial leadership, I'm not afraid of myself, I'm just worried about my loved ones "Sergey said.

The man explained that in Belarus, many control bodies are those who specialize in financial matters.

"The KGB is the strongest law enforcement authority in the country, and pursues different goals with all entrepreneurs, not just in our case. For example, Belarusian law states that the KGB is investigating economic cases and should pass them on to other competent authorities. In our case, the KGB appealed to the prosecution and prosecutors say, "Give yourself," Sergey said.

In his view, this case is not just economic.

"In Soviet times, even after Stalin, the KGB used various measures against the repressed, plundering various crimes. But the essence was different. So in this case too, I think the real reason is, "Do not go where you do not need it," Sergey said.

You complained about untrained lessons

In Belarus, this case of tax evasion was investigated by the KGB. Initially, this intelligence agency approached Lithuanian authorities with a request for legal assistance and, as the documents seen by the journalist DELFI show, they received much of this information between them and their bank. 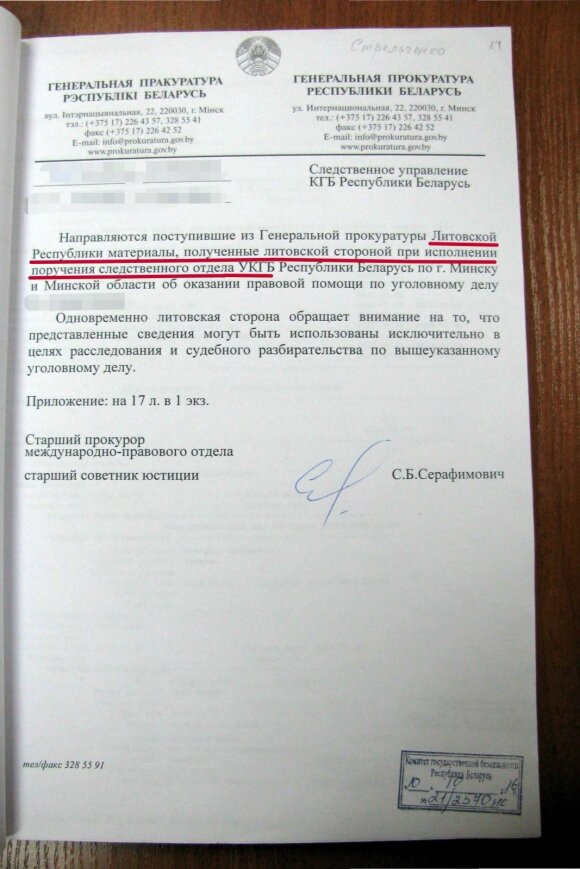 Vitalijus Galius was elected to the mayors of the district of Joniškis (still parliamentary) shaking hands emotionally, that Lithuania did not learn the lessons.

2011 Lithuania had a painful lesson and I was part of that lesson – just the lessons to be learned. I am talking about the story of a member of the Belarusian opposition when Lithuania helped plant one of the opposition leaders, Beliacki, and this story is shameful for Lithuania.

I think since 2011, we had to learn elementary lessons. I have come to know a much more shameful story, because in this story there are people who are repressed and condemned, and today, young people from Belarus, who are active in Lithuania, are hiding from law enforcement. In essence, they are being prosecuted by our law enforcement agencies along with the Belarusian KGB. I think this is a matter of the competencies of the State Defense Council and the National Security and Defense Committee of the Seimas and the Law and Order Committee, the State Security Department, "said V. Gailius.

According to the parliamentarian, the cooperation agreement between the Republic of Lithuania and Belarus on legal aid (…) does not, in principle, provide for cooperation with an intelligence agency.

"Unlike the investigating and prosecuting authorities, the Belarusian KGB is an intelligence agency and it would be very responsible to assess legal aid requests when it comes to the case, which in my opinion falls within the competence of the tax administrator but not the KGB Belarusian ". said Gailius.

According to the MP, the success of the case depends on 220 pages of legal aid – electronic media and banking data.

"In essence, this was additional material for the court to convict people … of their business in Latvia and Lithuania. In addition, the Belarussian citizen of the company is being pursued accordingly. He asks that he be protected by the state of our own legal system, which in my opinion serves the KGB of Belarus " complained Gailius.

According to the parliamentarian, it seems threatening "when you see a document about how our Public Prosecutor humbly performs the designation of the Belarusian KGB."

"The assignment of the Belarusian KGB is complete when we send data from the Office of the Prosecutor General of Lithuania. (…) Who needs the network of agencies to establish the security of Belarus in the territory of Lithuania, when our whole system of law enforcement is working for them? "Said V. Gailius.