We talked to Marius and Edita on the terrace of their house. Children – two in the camp, two in kindergarten and little Elena – sleeping.

Marius, chief specialist at Kaunas Prison, Edita is currently a mother, but when the little girl wakes up, the woman will return to work related to accounting and finance.

"How did you get to work in a prison?"

Marius: I've been working for 21 years. I come from Kaisiadorys. After serving in the army, I worked a little on the "Kaišiadorys Bird". I've been selling cars for many years, but when the crisis came, there was no work. There was nowhere to go. I went to try Pravieniškės. That's how I stayed.

Like everyone else, I started from scratch, from the supervisor's job, to the lowest position. Then the colleagues volunteered to study at the University Mykolas Romeris.

After graduation, the duties changed: I became guardian of the guard and, shortly after about a year, an interrogation isolation was opened in Kaunas. I was offered an assistant position for the deputy director. When the watchman withdrew, I became myself. Now I'm a chief specialist, I'm in charge of the job and the situation during my shift. – How many years did you start working in Pravieniškės?

– 23. When you go to work – listen to everything. And the fact that the old employees are testing the newcomers. But there was nothing like that.

"Have the prisoners changed dramatically during these years?"

Marius: Changed order, system. Both convicts are changing, both communication and intelligence. We go to Europe, to democracy. It used to be simple: they eat, sleep, and exercise. Several programs are now taking place in the context of employment so that detainees or convicts are not always left alone in their cells.

Edit: To spend your time with sincerity.

"Edit, and have you ever been to a man at work?"

EditNo. I did not even imagine the arrest in the beginning. I thought it was like in the movies. And there they walked freely (in Pravieniškės). Marius said – at the hospital. I could not work there.

"Did I mention working with my wife?"

Edit: No, a little bit counts. I do not understand much and even question the terms. But when they meet their colleagues, they talk a lot about work because they understand each other.

Here, in the isolation room, one of the prisoners fled all his life, and it happened through my shift.

"Edit, why can not you work in a prison?"

Edit: When we got to know, Marius said he was in prison. There are no human health problems. Marius said the women were working.

For me, I do not know what will happen in life to go to work there. The convicts are bored and talk to employees. I believe a man dreams a lot of dullness. Psychology is good for them and others for them as bait. 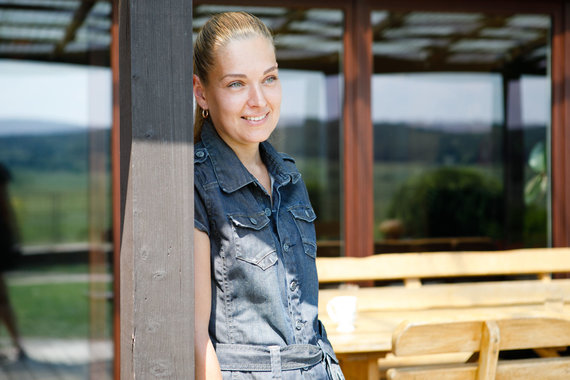 Marius: They need to talk. There are many intelligent people, some of them strong psychologists. If you talk to them, they can help you eat psychologically.

– Apparently, the tension at work is not enough?

– However, it is a contingent that can be unpredictable. When I worked in Pravieniškės, maybe three attempts to escape. Here, in the isolation room, one of the prisoners fled all his life, and it happened through my shift.

– I have been talking about a case that has been widespread in the public when the prisoner jumped from the roof?

– Yes I would like to look at the rooftops and look for the race through Avenida da Liberdade. So I did not find anything, I did not believe it was possible to escape. It was not real. When I was told he climbed the roof, he danced about twenty feet, I could not believe it.

So I was vice-custodian. When the Prison Department arrived shortly after the event, we realized it was bad. Because we are responsible At the moment, when I reported the escape, I felt nothing. turns on robotics and do what you need to do: who to call, what to tell, what not to miss, what to write. We are a system in which internal research assesses whether employees have done their job well. That's why you do.

"You mentioned that detainees are good psychologists."

"I think every officer who comes to work is tried by the condemned, testing their limits as much as you allow."

To all young colleagues, I say: Your first month will determine how your work life will continue. Our behavior here is defined by fairly precise rules: how should we behave in one or another situation.

If an employee gives up the rules of a detained or sentenced person, his or her career may, sooner or later, remain on the question mark. If you do not mind, do not respond to a harsh tone, do what they ask – it will be bad.

In prision mail is working and the message quickly spreads that one or another officer may be tilted in half.

They can ask for a better camera today, tomorrow – a better backyard, and it all starts with little things. For example, 20 years ago, you were invited to bring potatoes or eggs. You're trying to tip yourself that way.

If an employee gives up the rules of a detained or sentenced person, his or her career may, sooner or later, remain on the question mark.

There are a growing number of requests and you can also order drugs. They get weaker. Where are the phones where the drugs are? Especially because we are not the system where people make millions. The system employs hundreds of supervisors.

And if the prisoners or convicts are weaker caught up "Do not let go. I always tell the caregivers: If you are the first time – let's say, there is a chance to leave, we will try to pull it out. After all, it is possible to slip once in a lifetime. But in my career it was not for a person to come and say: I brought, save me. 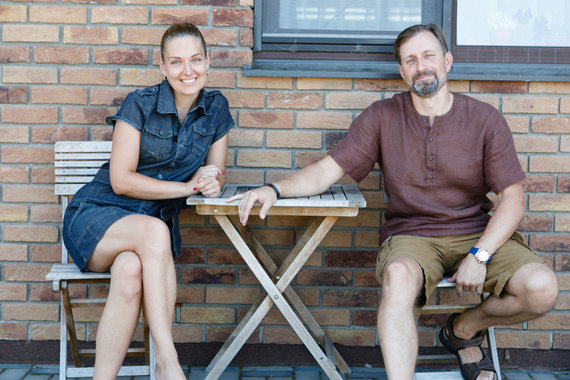 "That means you go on, what you're going to ask because it blackmails, puts you in." You can charge 20 times, you will be arrested by the saint. But if the day comes when the detainee is poor, he can sell such official.

– I Tried. I think everyone is trying.

"When did you meet Edita, how did she respond to the message that you were working in prison?"

Marius: I did not say immediately when we met you better. It was an activity he did not like to boast about. He is not an entrepreneur after all.

Edit: But for me he took care of himself, not where he worked.

"Now there's family, home, children. Do not work for a quieter job?

Marius: Change something? In the system there are the following: if you "overlip" within 10 years – get up that another 10 for retirement are needed. Now the service time should be 25 years. I have a pension already this year.

"Will you keep working?"

"I was, Edita, raising five children. Maybe you're from big families?

EditNo. Me and Marius have only one sister.

Marius: But we always wanted three children. I never thought we'd have five of them. The man is planning and God is laughing.

Edit: But sometimes, when you plan, it's all good. This does not mean that the children were not planned, they did not wait. They just chose to come to our family the moment they came. Not when we'd be more comfortable.

"Edit, how do you figure it all out?" Five children at home, man working?

And what are these houses, dust? I'll clean it, and after an hour I'll dust it again. Life needs to be harnessed.

Edit: And I'm not trying anything. I live, I have fun. When the first John was born, it seemed that we could not even enjoy the child, so he grew up so quickly. He's been with him ten years.

Of course I'm bored and the objects are scattered, and the dust is not clear. But this is temporary. And what are these houses, dust? I'll clean it, and after an hour I'll dust it again. Life needs to be harnessed.

"How do you raise children?"

Edit: I would say strictly. There are duties, there are limits. For example, you can not sit at the table. If you do not listen, you receive a warning three times and then you have to leave the table. Imagine having four children seated for a meal. After all, he sways and sinks and sings and pushes. Balagan.

Edit: And together, and I went to update the knowledge one after another. And I read books about parents.