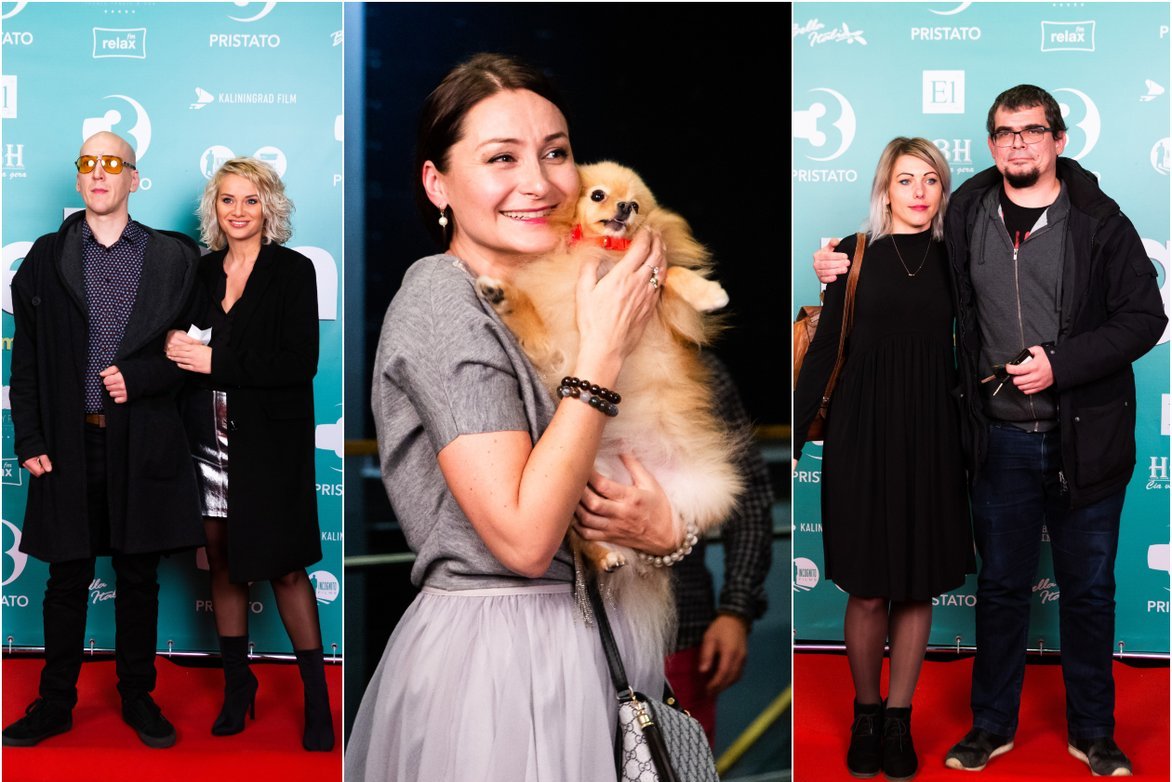 The premiere of the highly anticipated Lithuanian film "Melagiai" was held late Tuesday night at the Vingis cinema in Vilnius.

On the days of autumn and winter, a crowd of well-known faces from the world of entertainments arrived at the premiere debut: Algis Ramanauskas, Julija Janus, Gediminas Juodica with the bride Zivile, Emile Vetliv, Monika Vaičiulytė and many others. It is true that the attention of the photographers was attracted to the puppet Sunny who filmed in the film, which shone on the red carpet.

In movie theaters since November 9, the film will also be an opportunity to see many well-known actors. The films are performed by: Dainius Kazlauskas, Giedrius Savickas, Užaitė Publishing House, Brigita Arsobaitė, Liubomir Laucevičius, Larisa Kalpokaitė, Gediminas Girdvainis and others. The screenwriter – Rytis Zemkauskas, director – Marius Kunigėnas.

The big parties of the year are approaching … And there is also growing anxiety! After all, the whole family will traditionally meet at a table. Then grown men will behave like boys again, the sadness of the year will be forgotten and relaxed … Or maybe not? The new of the 10 most popular Lithuanian comedies "Unpatched", producer of the movie "Melagiai", under the original scenario of R. Zemkauskas, is a family party that turns their lives upside down … We promise: it will be fun!

Marius (active D. Kazlauskas) and Yovita (actor G. Savickas) are two brothers, but very different. Marius – a confident and successful baby in the professional life, but a frustrated man in the family. Yovita is a typical loser. He does not respect his wife Nomeda (actor Edita Zaika), not even his father, a stockpiler, does not understand how she grew up. It's true, a spicy secret: Nomeda is a long time lover of Marius! Neither Yovita nor Marius's wife, Kristina Liucija (actor B. Arsobaitė), suspect nothing of their relationship.

Even before the holidays, it was discovered that Nomeda was waiting for Marius's baby, the couple intended not to hide, not lie down and finally admit their relationship with the whole family at Chestnut's table. Let it be! But the plans unexpectedly confound the claim of the patriarch of the family and the father of Marius and Jovita, Kazimieras (actor L. Laucevicius): he is different with his two mothers Alma (actress L. Kalpokaitė) after fifty years together! Because? It turns out that Kazimiera suspects that Alma is unfaithful to him!

In the case of an unexpected detachment, everyone is struggling to rescue the happiness of elderly parents, even the family-dominated grandfather (actor G. Girdvainis) and the younger generation – all of the sons of Nomeda, Kristupukas and Dovydukas, who record on their phones and SMS messages to their teenage friends. "Kristina Lucica and Jovita Barbora's daughter, is it possible that my mother was truly unfaithful?" "If not, why do you behave so strangely?" "And why does the grandfather, who nobody pays attention to, asks:" Have you called an emergency ? "

"Lies" is a dynamic and fun festive film about the imperfect family, where viewers of all generations will easily recognize themselves. A fantastic confrontation with Santa Claus awaits, and a very unexpected end – all heroes are not as I looked at first glance … Film producers – Lithuanian comedies: Stasys Baltakis ("Unpatched") and Paul Virbickas ("Unpatched" "Among us, boys …", "Oh no! Oh, yes!", "Class reunion, boys come back!").

The report of the news site tv3.lt in mass media and sites without the written consent of UAB All Media Lietuva is prohibited.