G.Landsbergis: I.Simonyte was given the mandate of the public to participate in the presidential elections 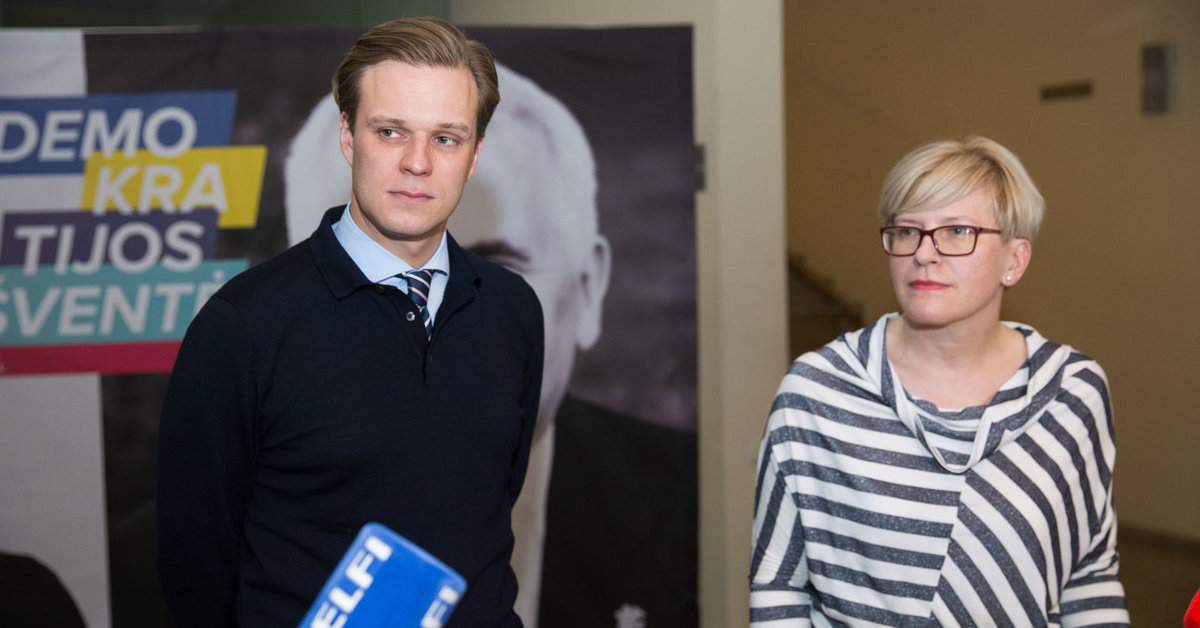 "We are in favor of the current president (Dalia Grybauskaitė – BNS), and once Petras Auštrevičius, it is now clear that both the party and the majority of the public have decided to vote in favor of I. Shimonytė. , of course the candidate today has a public mandate.The fact that more non-partisan members vote than party members is treated as such is a public mandate to continue the struggle for the position of the presidency, "G.Landsberg told reporters on Sunday night from the election results of the primary party.

According to the TS-LKD secretariat, after receiving data from all cities, 79% voted for Simonity. (16,418) non-partisan conservative and registered sponsors, for former diplomat V. Usackas – 21 percent. (4441).

According to data from the TS-LKD secretariat, 63% of all voted in the two-day vote. party members and non-parties registered.

"It is possible to predict such a prediction.This means that people who consciously register for this action are increasingly active, not a joke, not just a feisbuke" like. "This is a serious action in which you register yourself, knowing what you're going to do, "explained G.Landsbergis, the difference in the voting power of the party and its non-supporters.

According to him, after confirmation of the results of the elections to the party council, I.Shimonytė will continue to participate in the elections as a public candidate.

"Currently, when party support is formally arranged, it requires a board meeting, so everything is a candidate, it's its public headquarters, a public agenda and it's a candidate for the public today," said the TS-LKD leader.

I.Simonyte is not a member of the TS-LKD, although he was elected to the Sejm as a candidate for this party and belongs to the Conservative faction in the Sejm.

G. Landsberg congratulated I. Simonytė's rival, Vygaudas Ušackas, for withdrawing from the electoral struggle after the defeat.

"One of the things that matters in democracy, which is very important in the elections, is not only to participate in them, but also to lose them," added the conservative leader.

One of the things in the democracy, which is very important in the elections, is not only to participate in them, but also to lose them ", added the head of the conservatives.

A party council meeting, which will approve the election results, is scheduled to be held in November.

For the first time, more than 19,000 registered in the initial elections of the conservative party. Non-partisans, after checking-ups, the voting right was 18 thousand. 259

The presidential candidate was able to collect more than 14,000. members of the conservative party, they did not have to be individually registered.