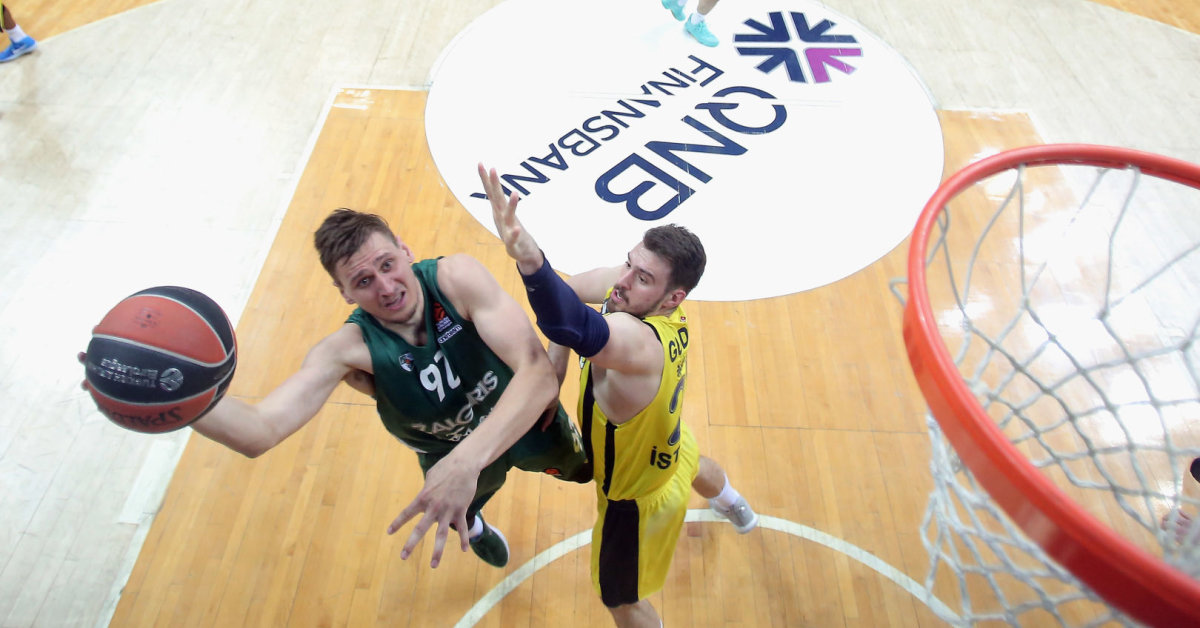 The coach made the promise

When her fifth-grade mother took her to basketball training, E. Ollanov looked around and noticed that his head was taller than his peers.

Until then, he played basketball only in the backyard, growing up in Aleksotas – in the same district of Kaunas, where Linas Kleiza was jumping a ball earlier.

After graduating from music school and accordion, he entered the Kaunas Basketball School, where Kazys Maksvytis, who worked at that time, was pushed closer to the basket, playing the midfielder.

"When I started playing basketball, I was the tallest at the sports school. Often the sock needed to play.

I learned all the movements of the construction barriers of the center, playing under the basket. In our team, the guys did not grow much at the time, "E.Ulanov laughed. "Actually, I was the tallest and I played the midfielder.

At the same time, I liked the three points and the advances. The coach obviously was angry: he planted on the bench and explained that I had to play under the basket.

In the end, we broke it and he promised, "From next year, you'll be a light attacker."

That is what happened. Then others, the lower members of the team, were playing midfielders, and I started playing as a light attacker.

We got into a lighter position. But certain skills can be used now. "

VIDEO: Shar proud team: I have to distinguish Ulanova

"Why do not you offer me a contract?"

This season is the fifth in Kaunas Žalgiris for E.Ulanovs, 27 years old, but he could have done it to wear a white-red-black jersey from Vilnius "Rytas".

He then played at the Kaunas Sports School, which is now called "Aisčiai" but has already represented the team of Lithuanian youth (up to 16 years) and was seen in the eyes of Vilnius.

VIDEO: The interview with Machu Hero E.Ulanov was accompanied by a cheerful response 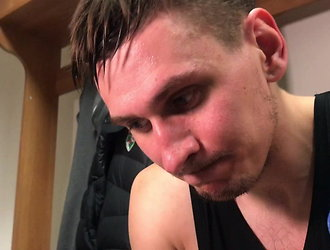 "Morning" team representatives did not speak many basketball talents of Kaunas in those times, also called E. Ulanov.

"At that time, Vilnius Pearls was interested in my ability to play in the capital. When I received the offer, I already had an agent, even though I was very young.

I asked the agent himself, "Why does not Zalgiris offer me a contract for a youth team?" The residents of Vilnius are offering, and they are not, "said Ulanov. 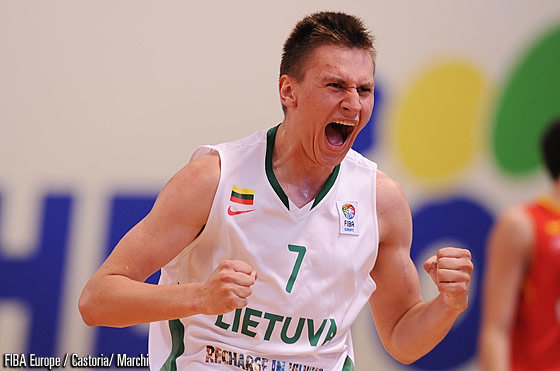 "I told him," The people of Vilnius offer me a contract, but I would like you to offer him, "E. Ulanov clearly remembered the conversation with Fr.Miejun:" They offered the same conditions and I signed with Grunwald.

The talents of the E.Ulanov generation, including Jonas Valančiūnas, have played in Perle, changed their daughter's outfit on the 17th and started playing with the Rytas men.

However, the group of talents gathered in Vilnius was not as important to E. Ulanov as the opportunity to represent the hometown and team he had loved since childhood.

"I grew up with my childhood with Grunwald. I always followed Žalgiris, wanted to see all the games, play a player, – E.Ulanovas admitted. "I did not see myself in another place today. I'm glad we got to agree with Paul then.

Regardless of the contract, it was not easy to establish itself in the main team of Žalgiris.

He had to play not only in Algiris team, but also to go to various cities in Lithuania. 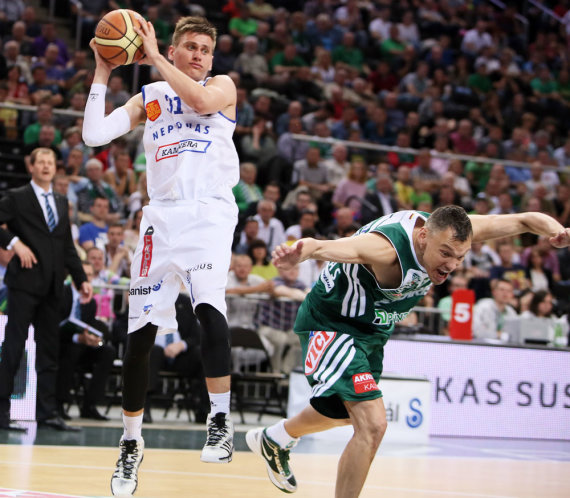 "I can only rejoice in my experience, where I was, with the people I met. Sometimes you need success because you can ask a team with teammates.

My career at LKL is colorful because I have changed several teams. I played both in Panevezys and Pasvalys. I had to play with the Americans, although it is not easy for a young player to get involved with strong legionnaires. For me, it was a very useful experience. Of course it was not easy. Everything happened. But to this day I can say that the experience has borne fruit for me, "said Ulanov, who signed a new contract with Kauno Klubas last summer under the 1 + 1 principle. 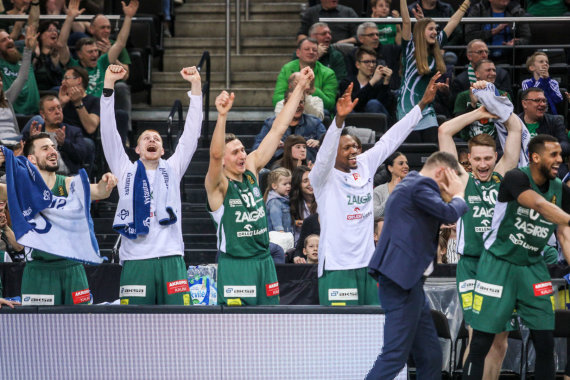 The generation of gold traveled in different ways

E.Ulanovas is one of the players of the Lithuanian youth of the golden age who, by training K.Maksvytis, won everything: three European youth championships (up to 16, up to 18, up to 20 years) and became young people of the world (up to 19 years ). 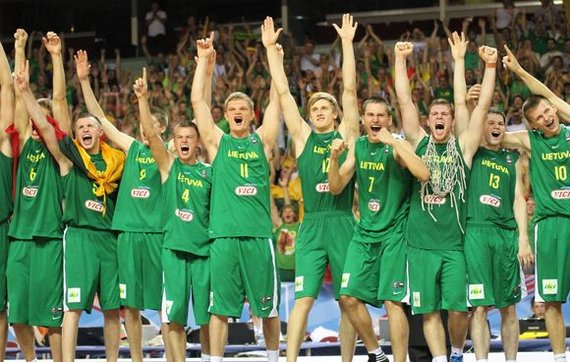 Photo of V.Mikutis / The moments of triumph

His career has turned into very different twists.

Deividas Pukis and Renaldas Simanavičius disappeared from the professional basketball map a few years ago. 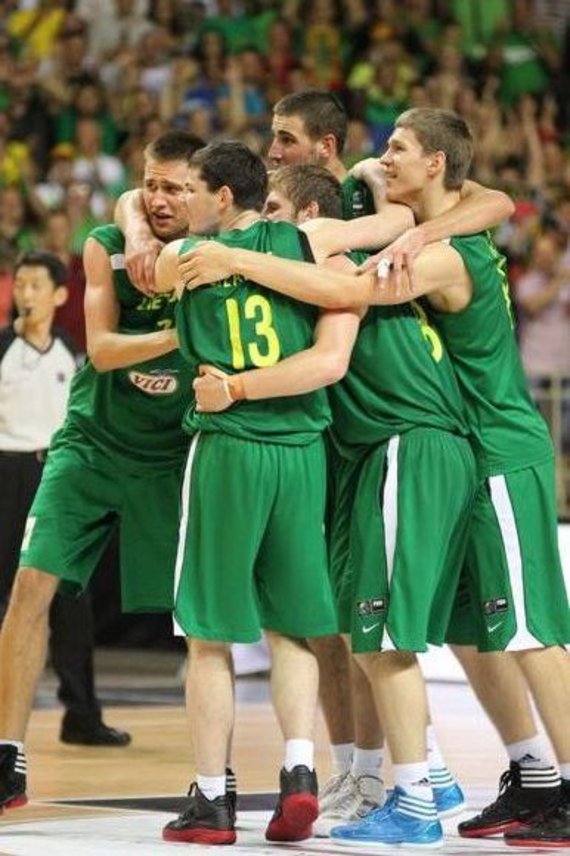 Photo of V.Mikutis / The moments of triumph

"Some have said that only 2-3 players who will join the Lithuanian men's team will grow up in our junior team." We all said then, "Nonsense." We believed that almost everyone would be there, "recalls E.Ulanovas, who joined the team. Lithuania in 2017.

Interest in other players, their lessons, analysis – all made E.Ulanova stronger, who became the five-year star of the Žalgiris startup in recent years.

"I was always left-handed because I'm left-handed, I was still trying to pick something out of them," Ulanov said, "I was honored by Chuck Eidson, even though I was on a different side of the barricades. 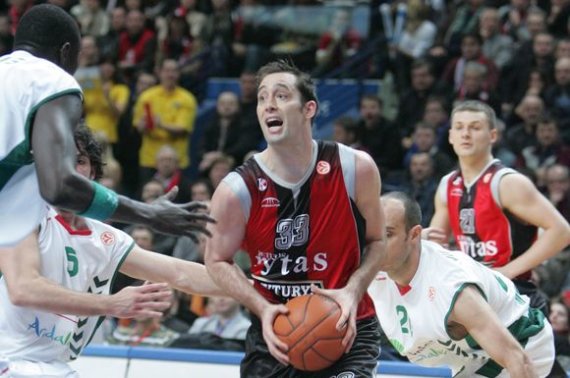 The charming Eidon, who admired two seasons of universality and plasticity in Vilnius in the Morning, finished his career in 2014 after playing his career in Lithuania in Maccabi's team, Barcelona and Kazan UNIKS in Tel Aviv.

Extremely athletic and tough, P. Mickeal, who has been dominant in Spain for several years, participated in 2017, having played in Puerto Rico, Venezuela and Argentina. 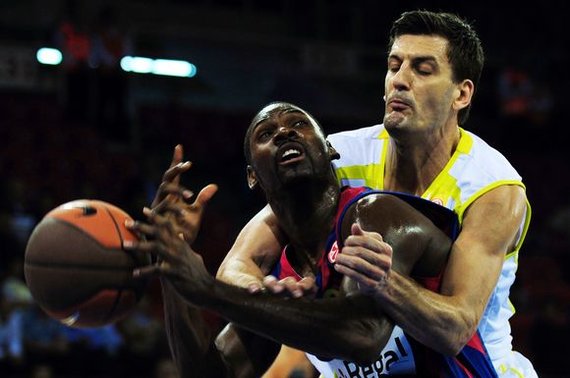 And yet another attacker, highly appreciated by E. Ulanov, – Tyler Honeycut died last year, when Chimki returned to the US after a season, shot the house and finally shot himself at age 28 – marijuana was later detected in the American body traits. 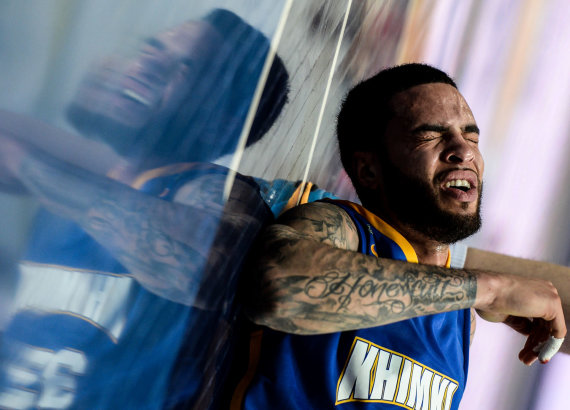 It is not a gift to rivals and to E. Ulanov himself.

Fenerbahce, from Istanbul, has already been convinced how he can turn to basketball, although he should not be there according to his height and weight.

Her youthful skills make you feel strongly under the baskets of the most powerful Euroleague corps and arouse the hope of the Žalgiris fans to face the other two quarter-finals in Kaunas. 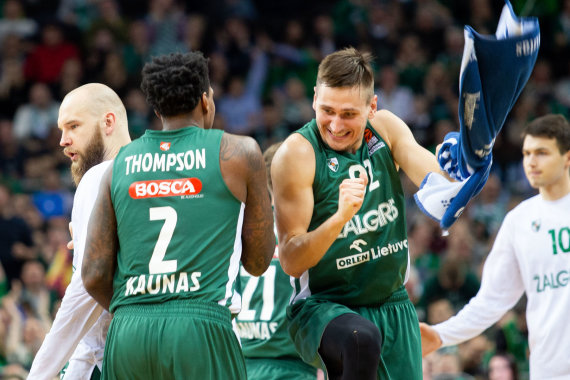