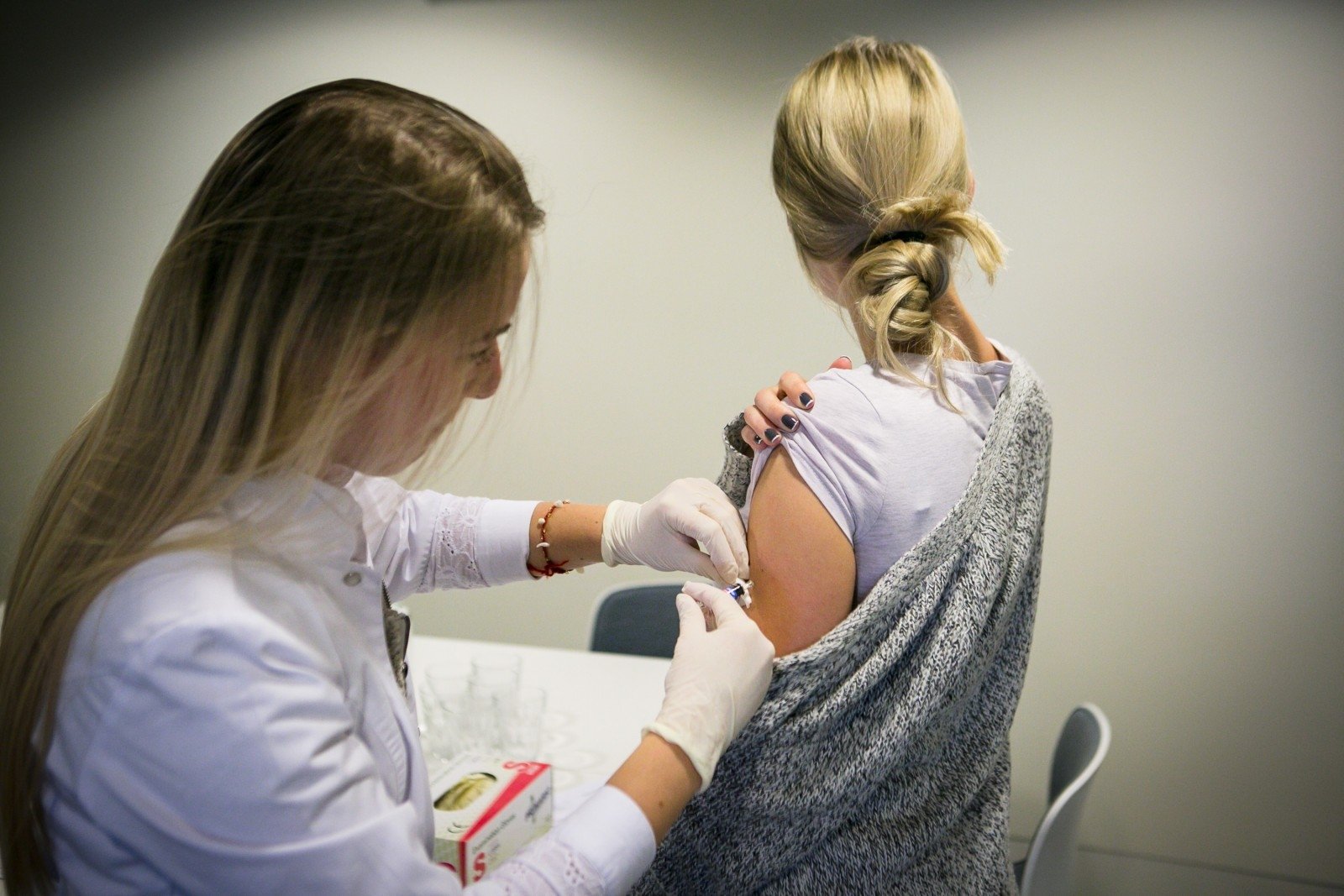 "With vaccination – as with the defense of the country, it seems that nothing needs to be done while it is calm." (…) Measles is just the tip of the iceberg, when polio and diphtheria return, and then it will be too late to think, "said Linas Svetikas, head of the Emergency and Emergency Department of the Center for Infectious Diseases at the Hospital Universitario de Santara , at Santara Clinics.

According to the doctor, they were in first place five years ago.

"For a long time, this infection (like many others that have not yet returned) was forgotten. And they were forgotten because a good job was done during the Soviet era, and mass vaccination was started. rubella, all other infectious diseases were infuriated and took thousands of lives.What is explained is that it is better not to vaccinate, but to get sick naturally, it is total nonsense.If you were interested in people who were talking about how the people they were polio patients or had congenital rubella syndrome, many other infections, so they probably did not talk like that, "Svetik said.

The doctor considered that the question of whether vaccination was necessary was equivalent to discourse being flat.

"Society is safe because it was an effective vaccination (in the Soviet period) was 95%. "Svetik said at a press conference organized by the Christian-Lithuanian Christian Democratic Party (TS-LKD) at the Seimas.

Speaking of cases of measles, the doctor said that some of these cases were mild, and then sick people could recover at home.

"However, there are cases where hospital treatment is needed. Measles, like any flu, can be a serious complication. In this case, unlike the flu, we do not have specific treatment for this infection. The only effective way to protect yourself is vaccination, "said Svetik.

Scientists did not even believe what they were hearing at the beginning.

Head of the Division of Immunology and Cell Biology, VU Center for Life Sciences, prof. Aurelija Žvirblienė told me that she could not even believe what she was hearing, from the lips of D. Kepen.

"First of all, we should start with Kepen, who spreads the message widely. I am very grateful to him because I have heard the rumors in society and it is even more scary that some people believe that, "Žvirblienė said.

The scientist said that when the journalist called and asked her to comment on the aborted cells of babies and monkeys, she initially thought she might not have understood the Seimas member.

She said she explained that it was not true that there were no cavities in the vaccines, that vaccines were subject to bioethical and safety requirements.

"The next day I heard the" news "that" vaccines contain DNA impurities and make them human GMOs, and these vaccines have an impact on future generations. "I had to write a denial," said A. Žvirblienė.

The scientist emphasized the great responsibility of the members of the Seimas to talk about such issues.

"It is very damaging to the reputation of the Seimas, and our scientific community is stunned. I do not know what forces are necessary to prevent this knowledge from spreading, "said A. Žvirblienė.

Mom went to the clinic with the sick child.

Adomas Danilevičius, president of the Association of Lithuanian Medical Students, shared his experience on Friday during a press conference.

"As soon as I had a cycle of infections in the children, we walked with the teacher after the emergency room, and just as a mother with the baby came to whom, as we later discovered, was the case of measles. where it happened, or was it somewhere? "He started saying that he was in a clinic and there were many other small children there.In a word, it is possible to infect other people, so more and more cases came from that treatment establishment," said Danilevičius .

The prospective physician understands that parents are not very familiar with what to do in cases where they suspect a child is ill – to go to a specially prepared section of the Infectious Hospital to visit the patient. Students are still considering ways to disseminate information about these issues.

Member of the Seimas Radvilė Morkūnaitė-Mikulėnienė lamented that in the current situation it is not clear to people where to go, how to react, for example if there is a case of measles in kindergarten.

"There is much more to know about these cases, so the contact vaccine that can be obtained within 72 hours is no longer relevant." Parents call their institutions to the end of their lives and do not receive adequate information. more than a week.

I know of cases where having contact with a sick person for a week is "entrenched" at home. Of course this is a good thing to protect you as a possible disease. And if the blood test shows that he does not have immunity, he will spend 21 days at home, "said Morkūnaitė Mikulėnienė.

"When the ministry says it is costly to compensate for a vaccine or blood test, it is necessary to calculate the cost for the state of disabled people," he said.

It does not provide for measles epidemics

A Santara Clinic doctor believes the outbreak of measles should stop in the near future.

"I do not think we will survive the measles epidemic. (…) The number of candidates is not increasing. (…) We now have more than 300 cases, mostly in Kaunas, "said Svetik.

However, the doctor does not think it should be calm and do nothing.

"As you say so well, you need a vaccine and a point," Svetik said.