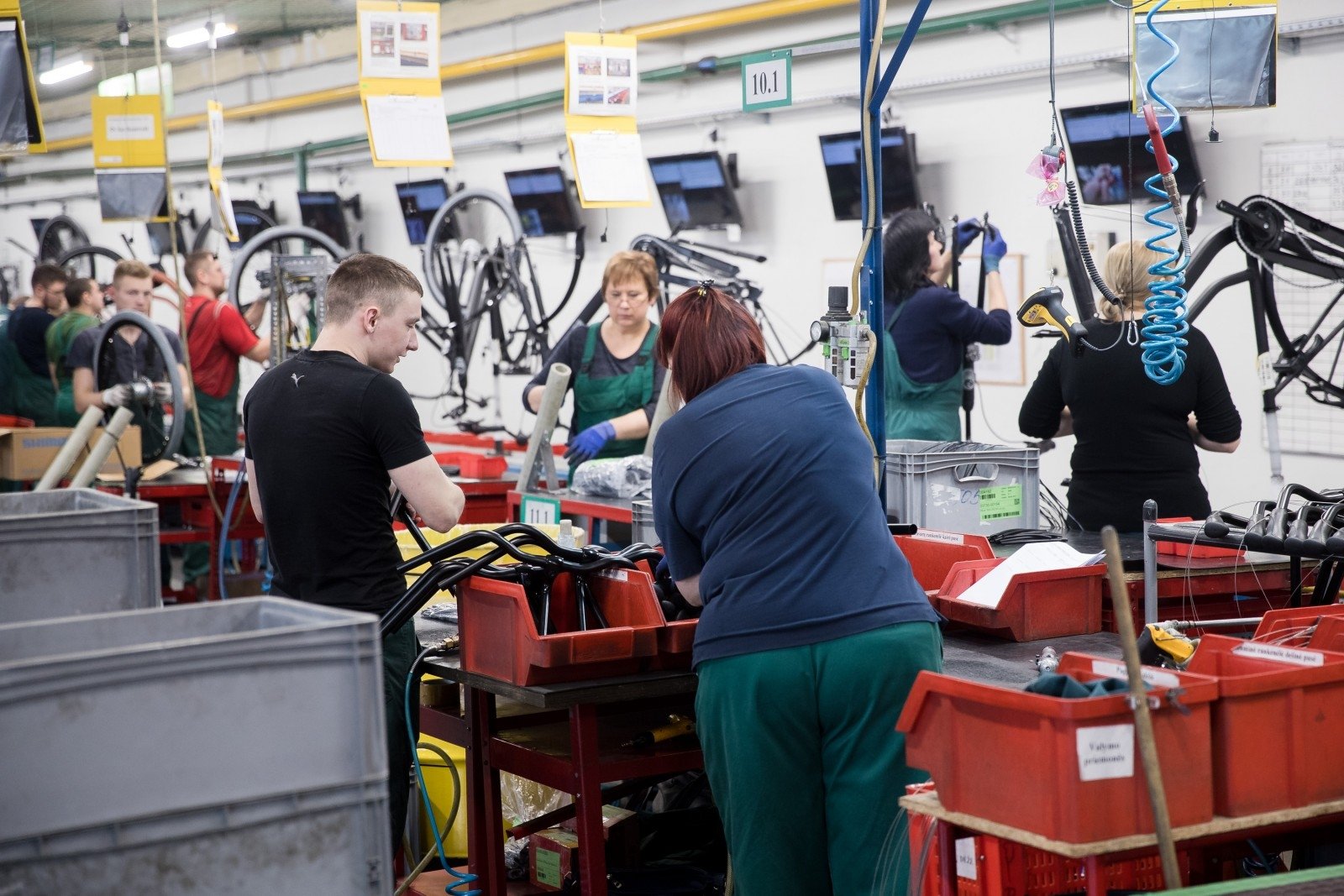 The name of the factory in Šiauliai has been well known to Lithuanians since Soviet times, when many children dreamed of their own "Eagle" or "Swallow". However, today there are almost no bikes on the roads of the Baltik wheel – even 99.3%. they are exported abroad.

Until recently, one of the largest employers in the city of Šiauliai was on the verge of bankruptcy. The situation has changed since 2016 with Žilvinas Dubosas, head of the company, appointed by LitCapital I, a new investment fund of Baltic Bicycle Trade, and Asgaard, a Danish real estate investment company.

"Both customers and suppliers are now saying we are one of the best, or perhaps the best, bicycle factories in the world," said Baltik Vairo CEO. Dubos. 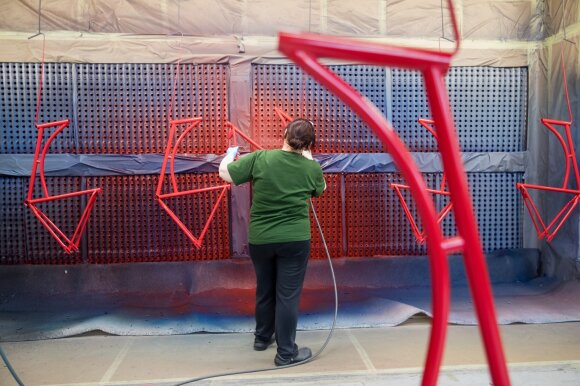 We started our visit in Šiauliai of bicycle exhibition. Ž. Dubos said the Baltik midfielder produces about 150 different models, but its variety is even greater due to variations in gear, color and structure.

Every day, 1,500 people leave the factory. cycling and almost all of them travel to Western Europe: Germany, Holland, Denmark, Belgium, Austria.

"There, consumers understand what quality is and focus on ecology. Cars that are pushed from cities and bicycles (especially electric ones) have unlimited possibilities. We think that bicycle factories are now approaching the golden age. It is precisely because of all the problems of climate change and the transition to green transport, "he said. Dubos.

We think that bicycle factories are now approaching the golden age.

The prices of the bicycles collected in Siauliai are impressive – 700 to 800 euros would have to be placed by a simple one, and the electric energy varies of 1.2 thousand. to EUR 6,7 thousand The most expensive ones reach 45 kilometers per hour, usually limited to 25 km / h.

The head of Baltik Steering admitted that his bikes are too expensive for the Lithuanians.

"Lithuanians love mountain bikes, though they have to go to the woods once or twice a year. You still need a mountain bike. In fact, I do not know much about the Lithuanian market. We tried to liven up the market with luxury bikes, but there was no need, "he said, adding that he does not plan to produce low-cost bikes.

Soon we went on an excursion to the huge Baltik Steering warehouse, which contains bicycle components imported from Asia, a production workshop, a 300-meter, 100-color painting line, an unzipping zone. There is also a wheel manufacturing unit where a bicycle wheel is produced in about 36 seconds.

However, all units are oriented and operate according to the needs of the collection lines. Currently, Baltik Vaire operates five of them, and their work is organized very strictly.

"If an employee breaks the queue, everyone has to wait. So you have to go to the bathroom and call, "said Dubos.

If an employee breaks the queue, everyone has to wait. So you have to go to the bathroom and go for a call.

Huge – 41 thousand square meters – there is a laboratory in the factory area where impact, pressure and fatigue tests are performed. Baltik steering wheel for 2 years and only 5 years for the frame. 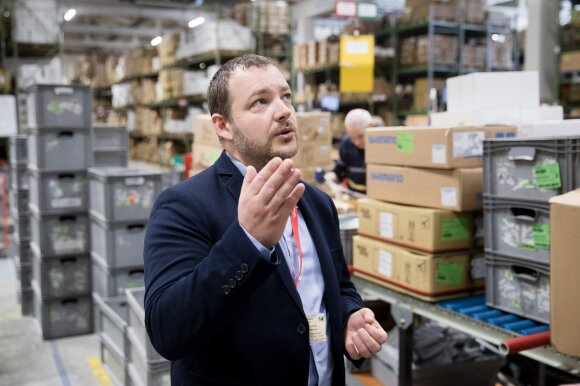 Changed the attitude of employees

In 2018, revenue from Baltik Steering increased by 60%. and reached 60 million euros Ž. Dubos said the company had 150 new employees a year. According to Sodra, on 13 March, Baltik had 516 employees.

In January 2019, the average monthly paper salary was approximately 1279.27 euros (approximately 812 euros). 25 percent The salary of the employee in the Baltik vaire consists of an incentive, that is, depends on the amount of work performed.

Ž. Dubos said that only one in two employees had ever worked at the company, so we began to analyze why.

"Of course, there are reasons to emigrate, to go to another city, but we begin to observe what we can change, we have seen that many workers are leaving because they are not satisfied. You work if you do not wash, then get another.

We realize that employees need to be entered into the system. It is necessary to train the management team – the masters – that we do not have a rooster or other animals with us outside the zoo. That people need to communicate with the right people, "he said.

It is necessary to train the management team – the masters – that we do not have a rooster or other animals with us outside the zoo. 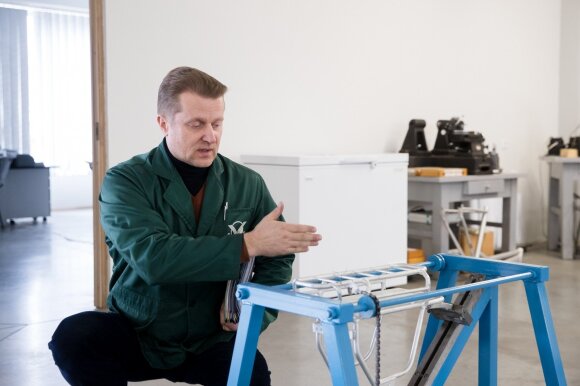 The year without work exhausted the development of the company

The former owner of Baltik Vairo, the German company Panther International, sold his factory in Lithuania in the face of financial difficulties. "They had three factories: the Baltik wheel, a factory in Germany and a factory in the Czech Republic. Despite the fact that after the sale of the wheel Baltik received a financial injection, it failed after half a year, "he said. Dubos.

When new shareholders arrive, as described by Ž. Dubos, Baltik Vairas was just a team of workers: no sales, no purchases, no product development units.

"First of all, we had to make the company independent. By the way, in the first year we lived very well from inertia, we had a job and we produced almost 300 thousand. cycling. However, Panther went bankrupt and Baltik Steering became an unreliable company because the new shareholders were not in the business of bicycles; Then the customers poured, some refused, because the company worked at full capacity, but still generated almost 1 million. Loss of EUR.

We still have to give up shopping malls where the margins are too low. The bicycle business is quite sensitive to uncertainty simply because the bicycle season in Europe is half a year. For 3 months, there are big sales, plus 3 at least. The remaining half is a dead case. If you do not have a bike during these months of sale, you will lose all season. So our problem can drag our clients to the loss or even bankruptcy. As a result, the market reacted in a very sensitive way to our changes. So sales fell by 286 thousand a year. for 126 thousand bikes, "he said.

Ž. Dubos said he decided to make a non-traditional decision.

"We had a lot of employees who could ride bikes, but we did not have any basic units. What to do? We create these units quickly and then we make a non-traditional decision that we can not lay off employees, invest in them. We started investing in Lean, training our employees – in the years we did not work, we used the company for improvements. Both for restoration of walls, grinding of processes and training of employees.

That was a great success. A year later, the same customers said they did not recognize the company. Then the crisis was over and we started to grow. For example, we are now working towards 2020, "he said.

A year later, the same customers said they did not recognize the company.

"This is a success story when we have made the old company a global leader in the 5 years of bankruptcy, not by quantity: we do not have a goal now to be the greatest, we want to be the best," summarized.

Earlier this year, there were rumors that the Baltik midfielder could be sold, but Ž. Dubos does not comment on this information more widely.

"As a company manager, I take care of your future regardless of what happens at the shareholder level. My goal is to keep the company moving, "he said. 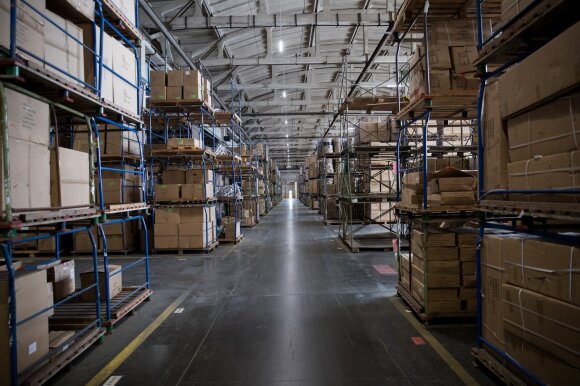 Ž. Dubos spends a lot of time in China, where Baltik Steering imports most of the bike's components. But, more and more recently, Vietnam has to visit.

"You know there's a trade war between China and the United States. It seems to us that it should not be relevant, but for Baltik's helm this is especially important.America has no bicycle factories, everything is produced in the East, mainly in China, and after the introduction of customs duties, bicycle manufacturers began to migrate to other countries – Vietnam, Cambodia.This means that bicycle manufacturers migrate to their component suppliers.These are also our suppliers, "he said .

The interlocutor said that the first mills had already moved.

"We recently visited them, we were watching the processes they were doing, we're basically preparing for the worst – what will happen if the war continues and the US takes 25%." Then factories would start moving to other countries in mass .

What we saw did not disappoint. In Vietnam culture is quite different, a different approach to work and no better than in China. Infrastructure is also underdeveloped. So we see great threats if the war continues. Although perhaps the current 10%. the tariff factories will not move from China, "he said. Dubos.

We are basically preparing for the worst – what will happen if the war continues and the US takes 25%. rate.