Over the decade, some of the individual products have risen sharply. For example, white cabbage is almost three times more expensive than in 2009, almost double the price of butter and sour cream, wheat grains have risen by 70%, fish, coffee, fuel prices have rates submitted by Statistics Lithuania.

However, there are several low cost products. Rice is currently one-third cheaper than a decade ago, sugar and bananas – a quarter, apples, chickens, flour, tomatoes, oil has declined in ten years. Some products do not compare directly, since 2016 the methodology of the Department of Statistics and the characteristics of the products presented were changed.

Make sure: 15 min In the charts below, you can see how the prices of the different products have changed – some prices are severely affected by seasonality, some prices have risen sharply after the crisis, but almost no chart can have a more pronounced change after 2015 when the euro was introduced .

Statistics Lithuania presents the prices of some products since 2000. December – almost everything went up, except sugar, which dropped 25%.

SEB Bank chief economist Tadas Povilauskas warns that food prices may rise in the near future – they will be determined in Lithuania not by the government's struggle for prices, not by the competition of traders, but by the balance between world production and the appetite. So far, food prices in Lithuania have been repeating indices of raw materials and other production costs such as fuel, wages and logistics. Shall we buy butter and sour cream?

The average price of 200 grams of butter per package at the stores was 2 euros, according to statistics from Lithuania. It's close to a record price and doubled more than a decade ago. Likewise, the sour cream rose in price from € 1.02 per pound to the current € 1.84 per decade.

However, the tension in the wholesale market, according to T. Pavilausko, is already falling.

"The dairy market is now in a relatively neutral position, satisfying both farmers and dairy buyers, with raw milk being paid for just over a year, and dairy prices are as high as a year ago, as in the markets Butter prices have risen sharply, and now wholesale prices are returning to normal limits, and larger stocks are already visible in supermarket chains, "says T.Pilailauskas.

According to him, "people tend to forget" that after Russia imposed sanctions on dairy products, its prices in Lithuania were artificially reduced for a long time, and this reduced inflation accordingly.

"But by 2017 prices started to rise and inflation accelerated," says T.Pilailauskas. 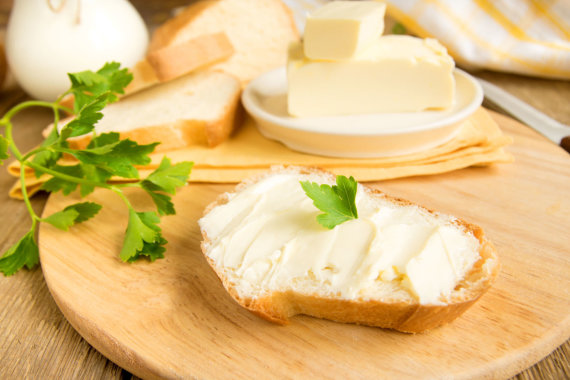 It does not predict that dairy prices will continue to fall.

"Looking to the future, I think the fall in dairy prices in the coming months, this year should not be expected – will probably be a small increase," – says T.Pilailauskas.

Why did it cost bananas, tomatoes and apples?

It may seem unbelievable, but today bananas are cheaper than a decade ago. In the wake of the 2009 crisis In January, a pound of these fruits cost 1.32 euros for Lithuanians and up to 1.5 euros in March of that year. In January this year, a pound of bananas cost 0.87 euros, and in March rose to 1.1 euros.

The price of tomatoes, with the exception of seasonal fluctuations, did not change much over the period, and apples prices also fluctuated around a straight line.

"You have to understand that the cycle of agricultural products is one year. And if the yield is good, prices are falling. And if the harvest is bad – prices rise. So if we compare apple prices this year with apple prices 10 years ago, we can remember that last year in Poland there was a record harvest of apples, which reduced prices. What was the income in 2009, I will not say, but if it was less, the situation in the market could have been different, "explains T.Povilauskas. 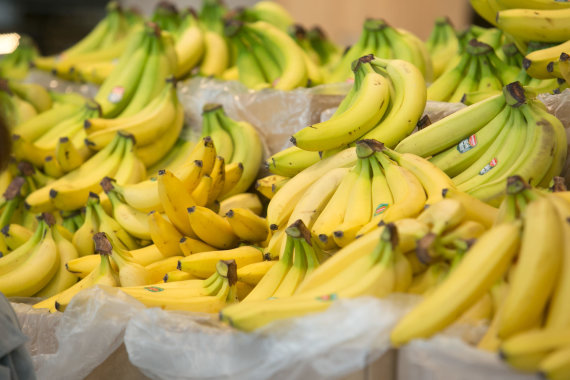 The prices of primitive potatoes and white cabbage are usually set by traders at a very high level at the beginning of the year, and then fall sharply. The price of these vegetables peaks in April-May.

However, the increase in cabbage prices in the last 10 years, among the products provided by the Statistics Department, is the highest – in late cabbage, 170%. more expensive. 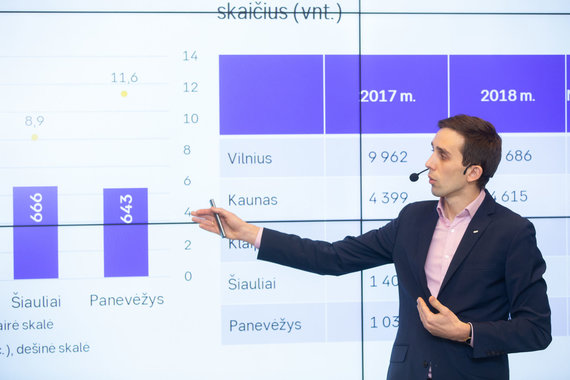 The price of bread and bread was the same, meat fell

For a long time, dark bread in Lithuania was cheaper than a bat. 10 years ago, the price difference was about 20 cents a pound. Now the black bread and the barrel cost the same, statistics show – about € 1.6 per kilo. 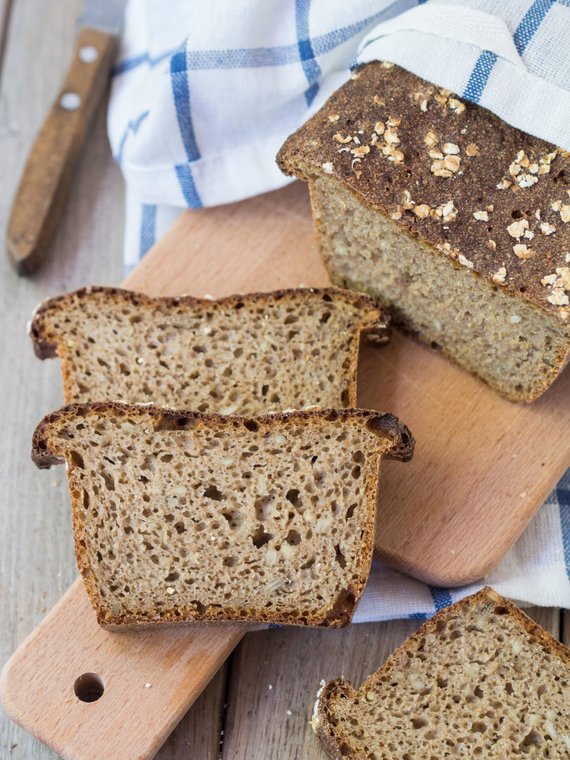 Photo of Life Press / Come with bread with yeast

"A very interesting trend. It is possible that the consumption of black bread is decreasing, it is less cooked and that the yield of rye in Lithuania is probably lower. That's why manufacturers are trying to get a higher price for black bread. Most likely, black bread consumption has fallen more than white bread and bakeries are probably keeping prices higher. Another thing that has changed over the last 10 years and qualitative indicators is that it is now competing through brands, full mass and so on. And quality is probably something unmatched nowadays, "says Pavilauskas.

Prices of meat products are generally less than 10 years ago. For example, broiler chicken costs € 2.73 per kilo and now € 2.39. Other products will not be directly comparable due to the changed methodology. By 2016 the price of pork or beef ham was presented without bone, followed by bone, or vice versa.

"Lithuania imports about 60% of the total. pork, then the fact that we take prices at the Polish level, Lithuania does not really dwell on the conditions of the pork trade, but reflects what is happening in the world. In the 10-year market, there was a move towards poultry, toward chicken, so that chicken production has grown significantly. Over 10 years, the number of poultry farms across Europe has increased and consumption has also increased, "explains T.Povilauskas. Jam Chefs currently has the most favorable conditions to buy sugar, since its price is one of the lowest not only in 10 years, but still lower than in 2001. In March, the price of sugar was about 0, 68 euros per kilo, compared to 0.92 euros a decade ago. 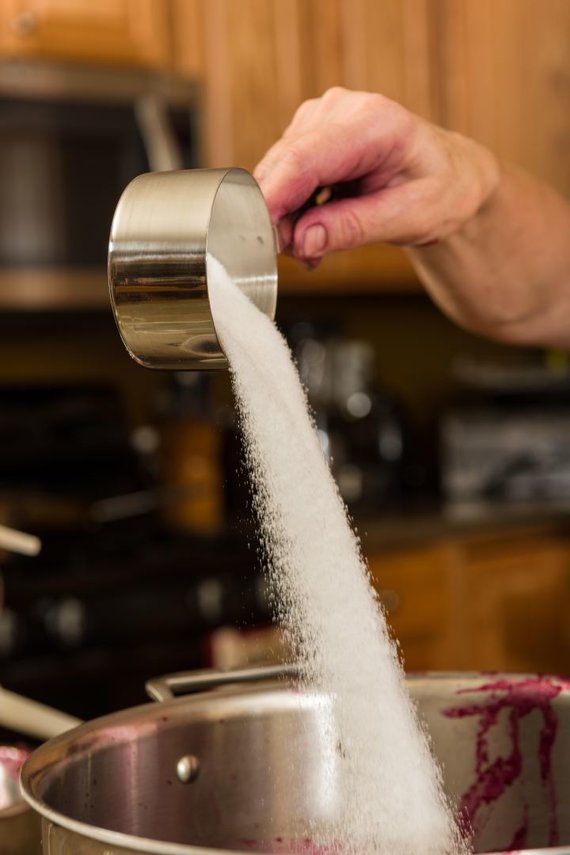 "The price of sugar is now the lowest since 2006, and I am talking about the overall price. Almost all of Europe's sugar producers have problems. There is indeed a great concern that the current sugar prices in Europe not being competitive and the big sugar producers are lost, so the question is whether there will be a reduction in the sugar factories or if the price will have to grow a bit, "says T.Pilailauskas.

According to him, the situation is global, since farmers in Brazil, India and other markets have harvested good crops.

Over the decade, one of the most depressed products – rice, its price is less than a third.

T.Paulilauskas points out that, in these cases, food prices were determined not by competition from traders, nor by government actions, particularly in global markets. It is they who now threaten the price increases.

"As far as food prices are concerned, I would suggest at the outset to see what is happening in world markets, how food price indices change. It should be immediately stated that world agricultural prices have fallen last year. was seen in Lithuania as many food prices did not grow or grew very little.The government is proud to have done its job well to prevent rising food prices but was basically a global trend – everywhere , agricultural production was falling, "says Poila Pilailauskas.

But this year, trends are already underway.

"We have seen that the price has risen slightly since the beginning of the year – in the world, the price of food is not very fast, but it is already a change. Looking at the coming months, these prices are likely to rise in the world. a faster inflation in Lithuania, but some fundamental changes are not visible, "explains T.Povilauskas.

The economist would expect the biggest change in the pig sector because of the Chinese swine fever epidemic. "It is jumping in price and now we have a sharp increase in pork prices around the world in March-April, if I am not mistaken, about 17%. In the EU, the wholesale price of pork also increased and this is happening in our trading networks, "says T.Pilailauskas.

What determines the price movement?

T. Pilila emphasizes that there are many circumstances affecting food prices in Lithuania. Internal causes – wages, logistics, these components are growing rapidly. And external causes – market price, including fuel, have so far delayed the price increase. But the food is shrinking the euro.

"Still, a significant portion of the final price of food is not just a raw material, but there are other costs: logistics, personnel, rent, transportation, which is an increase in four years from 2015. Food prices since 2015 the increase of these components did not exceed the limits of reason, logic, "says T.Pilailauskas.

Over the decade, the euro fell about 15% against the dollar, another reason for rising food prices.

"Compared with 2009, we remember that the euro has weakened considerably against the dollar, but most of the international trade in agricultural products is in US dollars. If 2009-2010 a euro was about $ 1, 3, now only 1.11 to 1.12, or about 15% weaker – that is, that part of the raw material is more expensive for us, "says T.Pilailauskas.

"When oil fell to $ 30 a barrel, which reduced inflation. But since 2016 the second half was the price increase and again 1%. Point inflation came from the change in fuel prices. It is necessary to evaluate that these factors are beyond our control ", says T.Povilauskas.

Mr Pingila points out that wages in Lithuania have risen by around 10% in recent years, which has increased producers' costs and, consequently, prices.

You can choose other products

The SEB economist admits that consumers have almost no choice when prices are rising. However, they can choose the goods that are dripping instead of more expensive alternatives. For example, if buckwheat increased and rice fell, it is possible to consume more of these grains.

"We often focus on what is happening in supermarkets and who is to blame. But sometimes it's enough to see how prices in global markets are changing and make certain decisions well in advance. Lithuanian families often use it and, if possible, buy products for a long time if something is too loose. For example, even the butter does not run any more and now its price is somewhat retreated, "says Poila Pilailauskas and advises to shop in the stores. 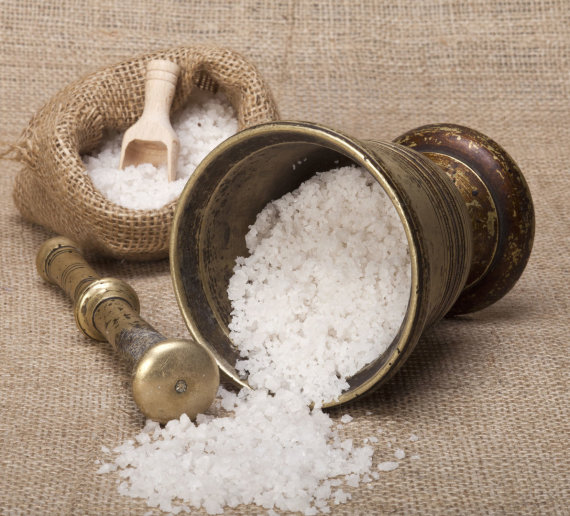 The table below compares the price changes for some products over 18 years from December 2000 to 2018. a All products, with one exception, went up in price and sugar fell.

However, all price changes, other than cigarettes, were outweighed by wages 3.4 times higher – 758 litas in hand. in December, and now at 746 Eur.