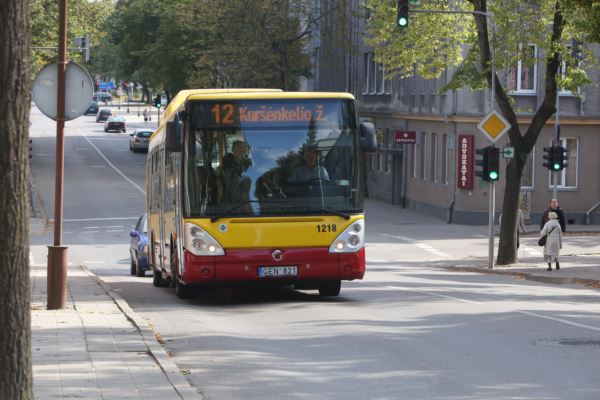 In March this year, the then CEO Tomas Bielinskas left the position of the passenger company Busturas. He's been leading Bustur for almost three years. Today it becomes clear who will become the CEO of the company.

According to Eduardas Bivainis, director of the Municipal Administration of Šiauliai, after a long selection, meetings and interviews with the candidates, the final candidate for the post of Director of Busturo was finally selected.
"There were up to 59 curriculum vitae, of which 18 potential candidates were pre-selected. The conversation came to 8. After all the interviews were selected by the commission, and on Friday, the board approved Vaidas Seirack as manager. He is currently the Technical Director of Trucks and Trailers Services, "says the director of administration.

The future CEO was born in September 1971. He is a genuine Šiauliai, who holds a bachelor's degree in automotive engineering and repair at Šiauliai College. Since 2012, he has served as director of services and has extensive work experience – working as chief engineer, technical director, production master and mechanic in several companies.

E. Bivainis says that the curriculum vitae was received from a variety of professionals, and that perhaps some people wanted to check it out. "The job descriptions were sent to teachers and whatever they wanted. There were also some who sent with very little work experience. Maybe people just check their options, or they will be selected. Of the 8 candidates selected, not all are Lithuanians, "commented E. Bivainis.

According to the director of management, the selection process was complicated and the selected director would have to deal with a number of problems with Busturas. "It was very difficult to choose, the skills of all the candidates were high, but we hope that we have chosen the best and that the future director brings something new and good," Bivain said.

Regarding the candidate for Busturas for the position of General Manager, Bivainis replied: "The best answer to this question is: when a manager is already indicated, we think that the first thing to do is to request a performance audit and investigate the company without prejudice. "

The main issues of Busturo were identified by the Administrative Director as a technical park, which needs to be updated and revised, as well as the range of services offered by buses, since some services are lost and therefore need to be revised. Another problem identified by E. Bivainis is suburban transportation.
It is anticipated that the future director can begin his tasks in a few weeks.