In recent weeks, a growing number of people who have come into contact with different surfaces have been exposed to unexpected static electricity discharge, which is being interrupted by electricity. This happens most often when we touch metal surfaces – car doors, door knobs, electronic devices. Why is it that we are now being "electrified" by electricity and these discharges can harm our health? 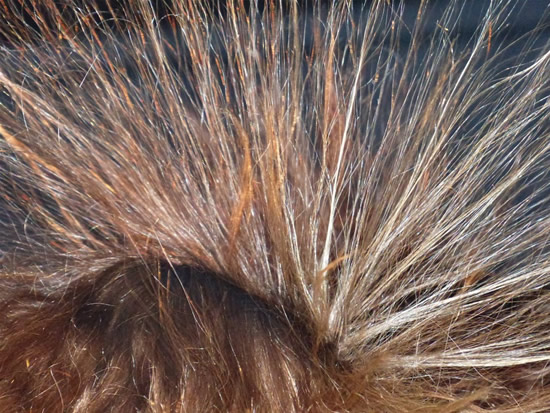 Static electricity develops at any time in contact with materials composed of atoms. There are so many positively and negatively charged particles (protons and electrons) in the environment, and that balance is maintained.

Professor Edmundas Kuokštis, a professor at the University of Vilnius (VU), who investigates electricity and magnetism, said that this happens frequently, and static electricity discharges are more felt when dry. Most of the friction is triggered by various objects we touch.

According to him, a person can be electrified if he has well-insulated shoes.

"The synthetic materials, which are considered excellent insulators, make footwear very popular. The car is electric because its wheels are rubber and the rubber is a great insulator. If dry weather prevails, electricity will not reach the ground. When it rains more, the conductivity increases and electrostatic electricity dissipates. When it accumulates and we stick to a certain surface, these loads become overloaded, "explained the professor.

When asked if an unexpected electrical interruption could have negative consequences, the scientist said there is no more serious health risk, although the clogging can sometimes be uncomfortable: "Sometimes when we are making synthetic clothes, even a small spark can be seen.There is also a pressure on hair combing.Modern electronic devices that are small are, in very rare cases, probably affected by such discharges, but this is unlikely to happen. "

According to E. Kuokšis, the radius is formed on the same principle, only in this case the charges and amounts of energy are enormous. 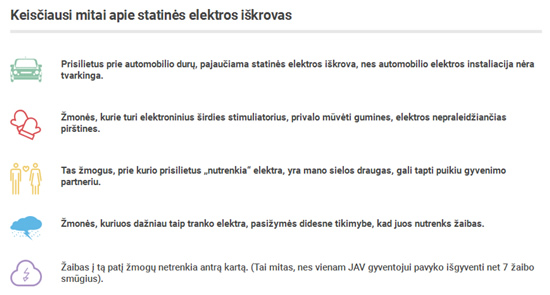 How is the formation of lightning?

Different charges in the cloud occur when the water droplets freeze to the freezing temperature and then find ice crystals. In this process, a weak positive charge is transferred to the smaller ice crystals, and the negative charge passes into the larger particles of the ice / water mixture. Ice crystals rise, and ice and water particles exposed to gravity fall. All of this results in a gradual separation of charges in the lower and upper cloud areas.

This charge polarization is part of the ionized air (the ionized air is one in which atoms and neutral molecules are transformed into a charge channel) (light channel) that initiates the branching of the first ray, called leader. When a ray leader moves toward the ground, he faces a region with opposite charge (cloud or earth). In this way, when the current is closed, the main discharge of the radius is formed, which returns to the cloud with the smallest resistance path (ray channel) and causes a strong flash in the sky. This discharge moves at a rate equivalent to one-third the speed of light.

A single explosion may consist of several discharges: on average, three or four strokes occur, occurring sequentially faster than the human eye can separate (in which case the rays may appear as pulsating). Due to the huge potential difference in load areas (such as the bottom of the cloud and soil), which can reach 10 to 100 million volts, the main electric discharge can have a current of up to 30,000 amps and reach 30,000 ° C The beam leader usually reaches the ground in 10 milliseconds, and the main radius in the cloud returns in only 100 microseconds (0.1 milliseconds).

Lightning can form not only between clouds and earth, but also between individual clouds or even within a cloud. Up to 75% of the world's lightning flashes are in the clouds or in a cloud.

To date, scientists' attempts to exploit the power of these phenomena have been unsuccessful. One of the main reasons is that modern technology can not accommodate such a large amount of energy in such a short period of time: the duration of each discharge is calculated in milliseconds. In addition, the unpredictable nature of lightning is also a challenge.

Most of the lightning is created in the upper atmosphere of the Earth and these phenomena have unique names. Elves are flat disks 400 km wide. Elves are formed over stormy clouds. They are caused by the excitation of nitrogen molecules caused by electron collisions in the atmosphere.

Causes called masks are caused by a lightning strike of light on the floor. The colors can be different colors: from red to blue. In appearance, they can remind you of a huge jellyfish.