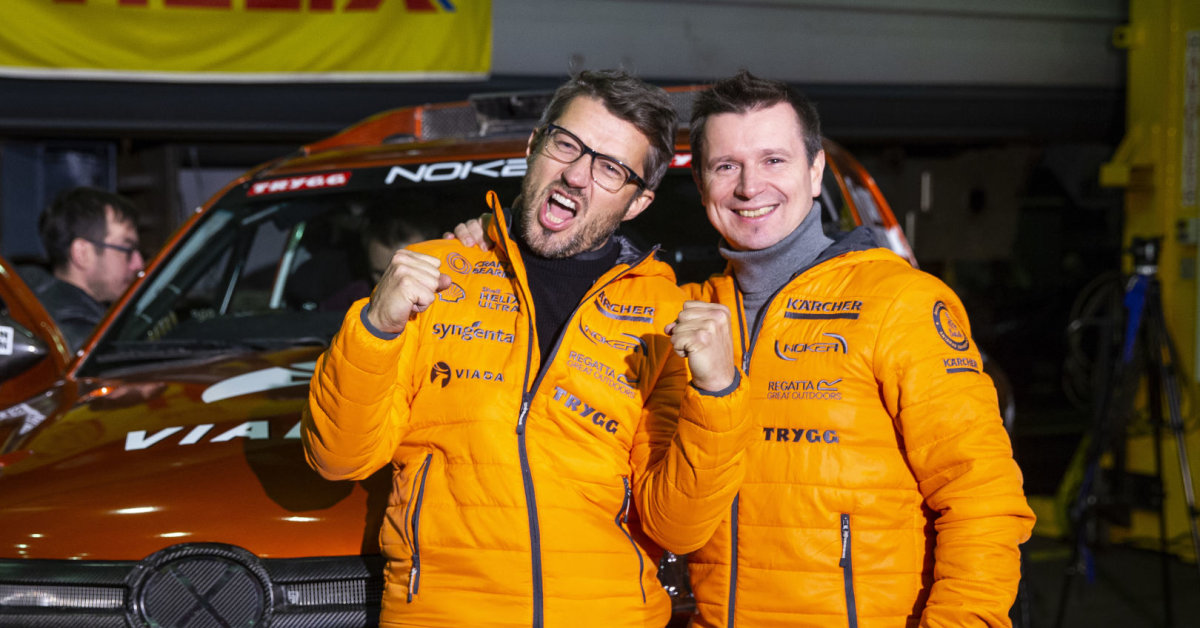 Antanas Juknevičius, a participant in the Dakar Rally, who spends a lot of time driving not only on the track but also in various parts of the world, responds philosophically to this issue and believes that the number of kilometers traveled does not mean driving or driving is a good driver.

"Sometimes the driver has been traveling for many years, but seeing him on the road makes it obvious that he does not improve. It is possible for a driver to participate in 5 or 10 years of age walking daily, but his thinking is that he he sees nothing else on the road without himself.

Another, even when just starting to drive, can sit behind the wheel and not only feel good in the car, but also understand how to get involved. Perhaps having traveled a few miles yet, he immediately understands which band to occupy, feels good at speed and, above all, sees other drivers.

I think it's an innate thing, and if that driver is too busy, he's fasting and improving. After half a year, he can drive no worse, or better still, than the one who drives for ten years, but does not learn and does not improve ", – A. Juknevičius states his position. Kastytis Povilaitis, director of the school's Autologija driving school, has similar views. It also presents a routine example of the fact that sometimes someone who is just starting to drive can cheat and believe they have accumulated enough experience.

"Sometimes our driving school comes with students who say they traveled hundreds of miles." Then he asked where he did and if he answered that on the road then it would be necessary to insert fuses immediately because the driver who hit so many miles has only one reflex – push the accelerator and follow the wheel.He does not have any other experience, so this student must be stopped in the city, because 100 km / h. he has no speed, "says K. Povilaitis.

In the opinion of the interlocutor, a good driver does not define internal qualities. It is if he takes into account other participants in the traffic, is able to analyze the situation and see the traffic, or he still does not see anything in his nose.

K. Povilaitis also said another idea that, in his opinion, may also reflect whether a car is managed by a good driver or not.

"I always tell my students that a good driver is not one who, using almost circus elements, is able to escape from a critical situation, but one who is unable to cling to it. is much more effective, "says K. Povilaitis.

If you want to drive well, never stop learning

Learn to drive one, but learning to drive well is pretty much anything else. As the interlocutors note, the key is the desire to improve, not just the belief that what I do is the best and most correct, since it has become a success.

"Sometimes people get angry when I say I have 30 years of driving experience, but I'm still learning to drive. I just think if you're learning everything in your area, you're" buried. "The environment is in constant flux change, which contributes to improvement, "says K. Povilaitis.

At the same time, A. Juknevičius adds that drivers may even fall into certain collisions when they are very enthusiastic about themselves or believe that direction is not necessary for improvisation as it is an automatic process.

"There are even statistics that after two or three years of driving, the first crisis happens when one begins to think that I know everything and teach everything. Another crisis in which a person takes a cold shower is ten years because he thinks he is traveling automatically and do not care about anything, and then an event happens, so you always have to think that you're not perfect, even if you're a really good pilot, "says A. Juknevičius.

In your opinion, we can change our attitude and attitude if we consider driving as a creative process when we rise to some tasks. Driving can become interesting as you want to see and learn more.

However, K. Povilaitis recognizes that there is still a significant proportion of drivers who do not want to learn a driving course while entering the courses but get a driving license. Occasionally, even in cases where the student is angry, the instructor teaches him not only for the exam but also shares other direction secrets that are useful in everyday life.

But the specialist is happy to know that there are good examples to learn from everyone. For example, young people who talk to parents who are driving and receiving valuable and correct advice. It is also gratifying for students of high self-awareness who understand that they have a great responsibility when driving a car.

"Happiness is such that they say: I want to learn to drive." We had an example of a foreign citizen whose instructor said there was one, that there was another critical error and that he was stuck saying it was good: that I made those mistakes when there was a man that I could help.What if I pass the exam and make mistakes when no one can help me? "- K. Povilaitis recalls the best example.

Mr Juknevičius, who spent a lot of time on the road, said that, in his view, Lithuanian drivers could be divided into two categories. Those who travel slowly and carefully and those who are dynamic but mentioning them emphasize that they speak about those who demonstrate their dynamism under the rules of road traffic.

These, in the opinion of the pilot, are better and faster in the direction of the journey, so adapt to changing conditions without major problems, nor should they face more problems in other cities in the world where traffic is more intense than in big cities of Lithuania. 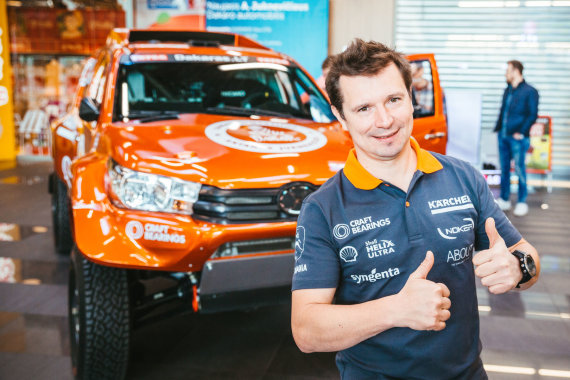 "If a driver meets, for example, Paris or Naples, it's much better to take the road, it's going to be fast and not a problem for other riders, and the quiet driver is going to get lost because he can not go slow there. mentioned cities, older drivers move dynamically, "says A. Juknevičius.

As for Lithuanian drivers in general, the speaker believes that we should not be too critical of ourselves because we have reached a sufficiently high level of culture where we can match the best in the world.

"Because of the rhythm, we may be slower but in fact the Lithuanian riders are very clean and needy to reach the Scandinavian level and certainly not be in the same flow.

Our drivers should not underestimate us, because in a global context we are really at a high level. Compared to the Germans, Swedes or Norwegians, we still have a place to tread, for example, in terms of rhythm. As far as culture is concerned, we could also improve it, but compared to 20 years ago, we went a long way for the better, "says A. Juknevičius.

Mr Povilaitis, who says that 16-year-olds who are relatively young are well versed in driving also contributes to the optimism that in the future, on Lithuanian roads, we will be able to find well-managed people. subtleties and fast learning.

"We are also working with 16-year-olds who study in the A1 and B1 categories, and it is worth noting that they are learning the B1 class very quickly, even though they are studying only 20 academic hours, a large proportion of students enroll in that number and learn how to manage an automobile, "says K. Povilaitis.