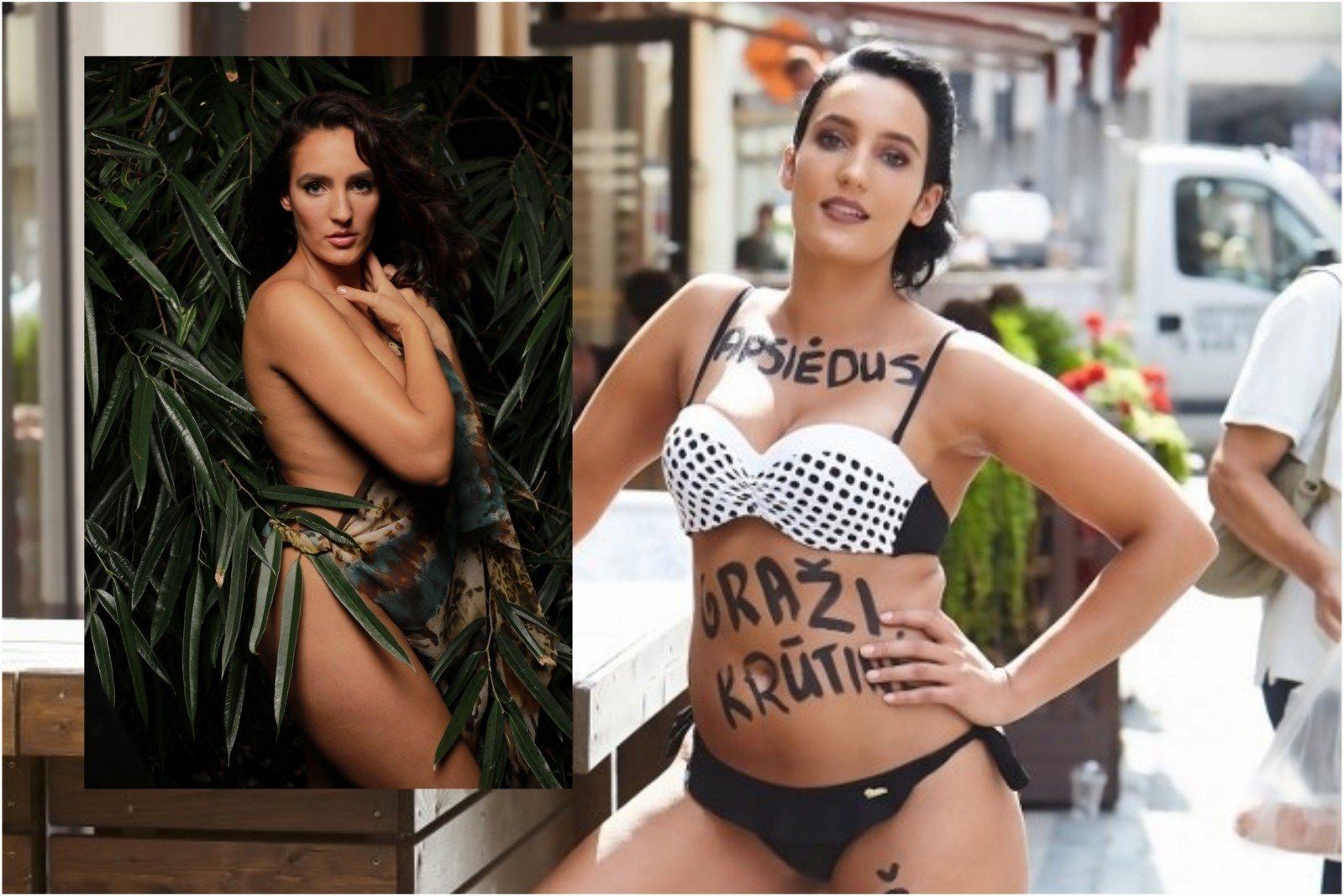 On the way home from the finals, my fiancé probably liked it better than I did – I was shocked. "When I announced the winner and heard my name, the first thing I thought of was" was – my dream came true – the cover of Cosmopolitan is already mine! "- V. Jonikytė could not hide the joy in the press release.

With the victory Vitaly was greeted not only by a large group of family and friends, but also by strangers in public space during his filming on the reality show. It is true that among the many congratulations, over 10 years old, a high tech girl in the sport has also been criticized for being too skinny to participate in the reality of big size.

"I've been listening to my figure already during the project – other girls also say that I'm too thin. They probably thought my 83 kg would be more suitable for traditional models.

For the exterior, plus size models are girls that use sizes 40-44 – that is, y normal construction. But here we are talking about a fashion world whose patterns are different.

And since I did not allow myself to influence the standards of slowness in real life, I did not lose it here – I'm a plus size and I'm proud of it – Vitaly revealed the reality show behind the scenes. "I also received greetings from strangers, who wrote that I'm proud to be talking too loud about inconvenient things-not just about my weight, but about eating disorders, personal life.

Yesterday, while shopping in a store, I was looking for a woman for the end of luck, and today a girl showed me her mother – this is where Dad likes television (laughs – red). I hope that, by my example, I will be able to inspire other large women to love each other the way they are. "

The winner of the "size (r) evolution" was chosen by the competent reality show commissioner – fashion designer Robert Kalinkin, television producer Laura Paukštė, photographer Naglis Bierancas and one of Instagram's most popular Lithuanian social networks, as well as Erika Vitulskienė , which has just presented its second largest fashion collection.

"I'm proud of each of the girls who take part in the show – before the end, my hand was shaking no less than they were." Vitaly turned out to be very beautiful for the first time I saw her, but later I doubted she could be a star. Well, to decide the final I was helped by the last task – she showed which of the girls on the podium 30 meters long looked like a fish in the water. Vitaly on the podium, I realized that together we had a real revolution in beauty! "- E. Vitulskiene was satisfied.

As the winner of the show, V. Jonikytė will become the chain of a store in 2019. Type of campaign spring-summer, she will receive an exclusive offer from the group of channels LNK and, of course, Vitalija will decorate the cover of the Lithuanian magazine Cosmopolitan .

It is strictly forbidden to use information published by DELFI on other websites, in the traditional media or elsewhere, or to distribute our material in any way without the consent, and if consent is obtained, DELFI must be indicated as a source.