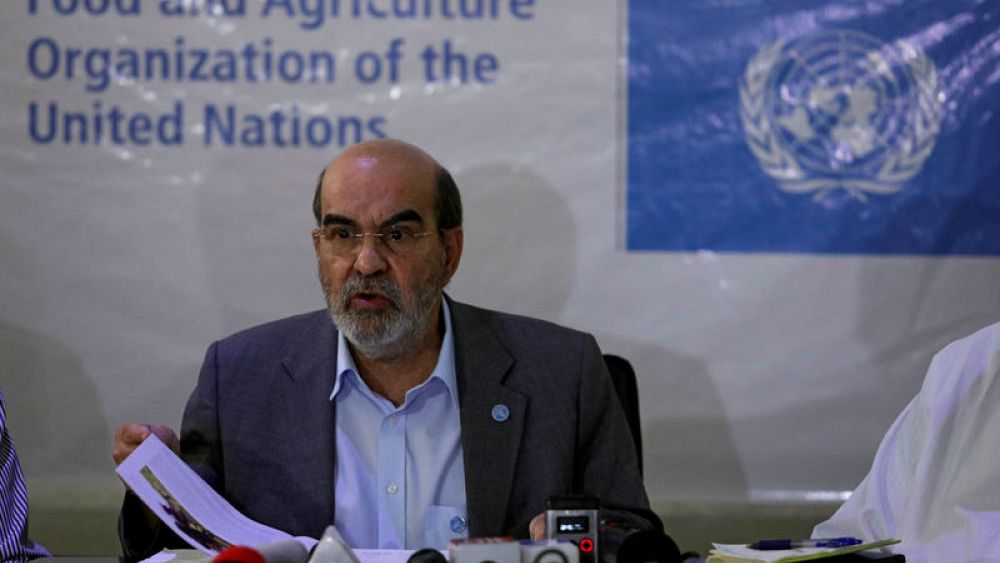 CAIRO (Reuters) – Arab nations are facing an emergency water crisis that needs to be coordinated with an urgent response, with a projected 50 percent reduction in water resources per capita by 2050, the UN Food and Agriculture Organization (FAO) on Thursday.

FAO Director-General José Graziano da Silva told a meeting of Arab states in Cairo that the region of the Middle East and North Africa suffers more than any other region due to water shortages, desertification and climatic problems.

In response, countries in the region need to modernize irrigation techniques and coordinate water management strategies with urgency.

According to the FAO, per capita fresh water available in the region already accounts for only 10% of the world average. Agriculture consumes more than 85% of available resources.

"This is already an emergency problem now," Graziano da Silva told Reuters in an interview on the sidelines of the conference.

The meeting, attended by about 20 countries, is the first of its kind attended by ministers of water and agriculture and aims to improve coordination among the various government agencies that have often been unable to work together.

"It is not reasonable that this region does not have good governance in water management and land management," Graziano da Silva told Reuters.

"There are 32 ministers in Egypt, probably among the 32 ministers, 30 ministers are dealing with water, water is a problem for them and they have no means to coordinate effectively," he said.

Graziano da Silva said he visited agricultural areas in the Nile delta, where farmers have been using secular irrigation methods.

"We need to move urgently to irrigate and other water-saving techniques," he said.

The Conference was informed that water scarcity is also leading to the displacement of rural populations and increased dependence on the region of imports of cheap processed foods that contribute to high rates of obesity.