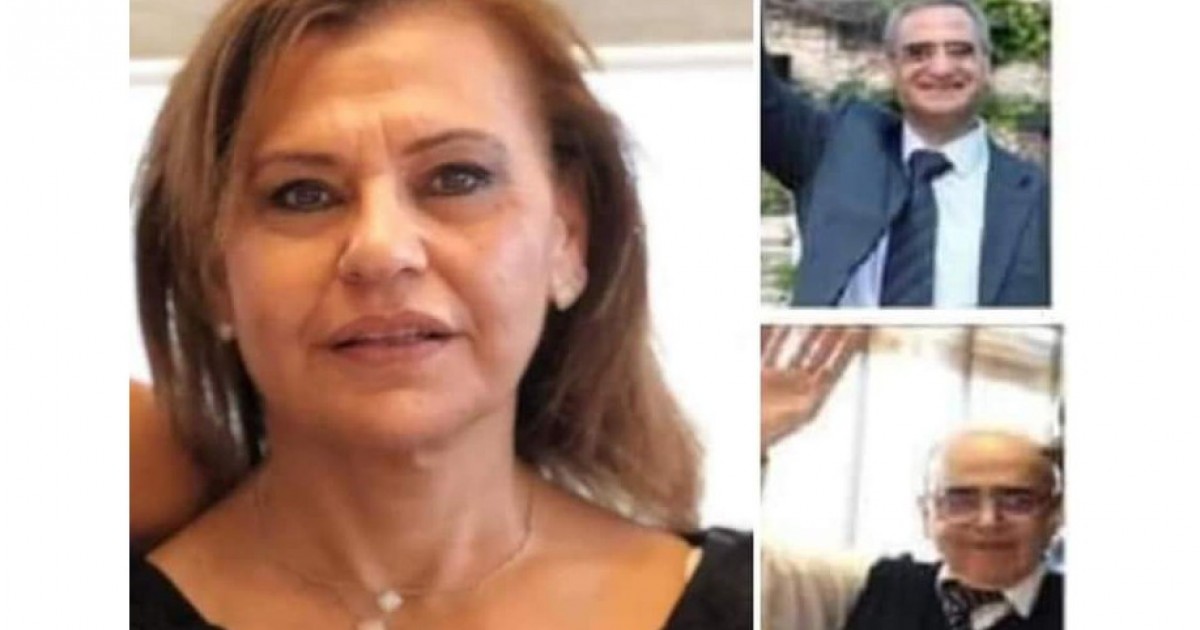 Today, Anastasia Budji, 64, died in a Lebanese hospital due to the Corona pandemic, and she is the sister of Dimitri (70 years old) and Dr. Vasily Bodji (58 years old) who also died due to Covid 19 last Wednesday the same day. So, in less than five days, the pandemic kidnapped three brothers from the Bodji family who live in a shared house in the Doura area. They are all celibate ..

Their family, mainly the two sisters, among them the older sister (72 years old) who lived with them and the other sister (67 years old, who is the only one who has family and children among them) charged me with transmitting to the media of communication an image of the family tragedy, wishing to speak on their behalf in the media and I convey their cry, while stressing that they reject any participation in the media by any of the family members.

Tonight, at the Mar Mitr cemetery in Ashrafieh, the bodies of the two brothers are waiting for their sister’s corpse to join them. Only Dmitry among them had any health problems. Dr. Vasily and Anastasia were in good health before their injuries. Dr. Vasily was the first wounded in the family.

Today, the Budji family, neither Lebanese hospitals nor the Red Cross, has any responsibility for the deaths of the three brothers (Anastasia stayed with the respirator for about two hours in the car before the hospital provided her with the bed, as there were no beds. emergency). The Red Cross cannot respond to a call to transfer the patient to any hospital without prior reservation of the case.

Faced with the reality of the crisis in the country, the Bodji family asks the media to act immediately to warn about the growing risks of the Corona pandemic and the increase in awareness campaigns on the subject! It calls on people to be fully aware in the absence of a comprehensive preventive health plan that helps patients and hospitals to stay together. And it calls on all Lebanese to realize the gravity of the situation and to take responsibility for protecting themselves and their families, especially as the number of patients in hospitals has reached its peak, even though winter has not yet begun and the flu. The family warns of the danger of worsening the condition of Corona patients and of increasing the risk of death, as there is no precise monitoring of quarantine mechanisms by some municipalities and in the absence of clear instructions from the Ministry of Health on the forms of quarantine. .

The family warns of the difficulty of the situation in hospitals in relation to the impossibility of receiving Corona patients, which does not allow to guarantee the necessary hospital care that a Corona patient deserves with all respect and human conscience. As it is local, there is no clear indicative or preventive health plan. The family fears the inevitability of an excessive increase in complaints, chaos, difficulty and the mechanism for welcoming patients to hospitals, should the situation remain the same, and therefore, in response to any new crisis, and to avoid the Italian scenario in Lebanon in amidst the suffocating economic living conditions that the Lebanese people have been suffering. Two years, the Budji family appeals to the authorities in Lebanon, on behalf of their loved ones who were lost due to this dangerous pandemic, to close the country, especially as the changes to this virus became more dangerous and deadly a year after its spread in the air and between people.

The psychological pressure from those who lost loved ones has also reached its absorption limit, especially with regard to Lebanese families who began to lose members of their families en masse and in a very short period of time, as happened with the Budji family and with other Lebanese families, due to the rapid transmission of the infection within the same house.

As the family is the most valuable thing there is, the Bodega Family demands that everyone work hard to preserve it!