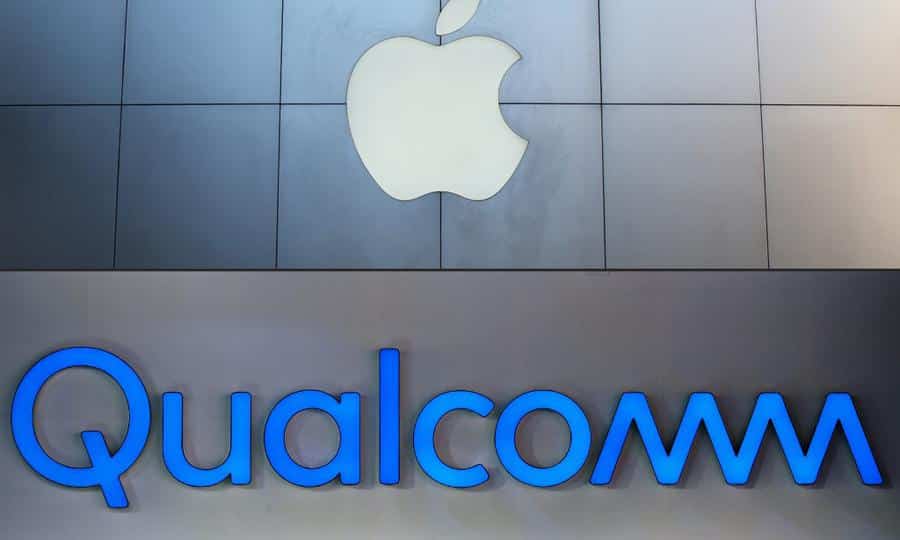 Qualcomm on Tuesday won a major win in its extensive legal dispute with Apple: the two companies reached a surprise deal that would allow the iPhone phones to return to Qualcomm's modem chips again.

Qualcomm shares rose 23 percent to $ 70.45 in the regular trading session, its biggest gain in more than 19 years, and then to $ 75.25 in the trading hours. The agreement also resulted in the announcement by Intel, which was the sole provider of chips for iPhone mobile phones last year amid escalating conflict with Qualcomm, hours after the agreement announced its intention to exit the modern chip market.

Apple said in a statement that the agreement with Qualcomm also includes a six-year patent license for Apple's payment to Qualcomm, but the two companies did not disclose the amount. Given that Qualcomm is already capable of producing modem chips for fifth generation 5G networks while Intel is still developing them, it is believed that the adjustment will help Apple compete with Samsung and other manufacturers who have already launched phones that support networks 5G of fifth generation.

Analysts see the deal as a major win for Qualcomm, which emerged after two years of bitter legal battles between the two companies, and will help Qualcomm to return to the position it held in early 2010 when it had the advantage in the transition to networks 4G. 4G revenue has increased dramatically.

The deal comes years after Apple accused Qualcomm of using illegal patent practices to maintain the monopoly of modern chips that connect phones to mobile data networks. In turn, Qualcomm accused Apple of using its technology without paying for it.

Qualcomm and Apple did not say when the new supply contract would be started. As Intel does not expect the release of 5G chips ready for phones until next year, it is believed that Apple will accelerate the adoption of modern Qualcomm chips.

However, Intel's exit from the modular chip market does not necessarily mean that Qualcomm will become Apple's sole supplier, especially after January executives said in a judgment between the Federal Trade Commission and Qualcomm that Apple's policy is always trying to deal with many suppliers.

In addition, during the FTC trial, Apple officials revealed that they were talking to Samsung and Mediatek about the use of modern 5G chips for the fifth generation in the 2019 version of iPhone phones and that the company was developing its own chips.