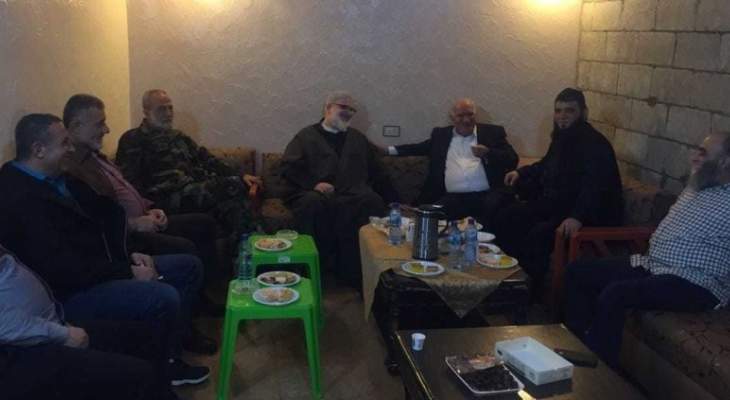 The deputy commander of the national security general, General Munir al-Maqdah, Brigadier General Khalid Al-Shayeb and Colonel Saeed Al-Assous and a member of the leadership of the League Abu Suhaib Dahah and Abu Muhammad Balata were also present.

Participants discussed the general conditions and security situation in the Ain El-Hilweh camp and at the Al-Mieh and Mieh camp, emphasizing "the need to preserve the security of our people and our people in both camps and in all fields. "

The participants stressed "the importance of joint action for the benefit of our people and our people."