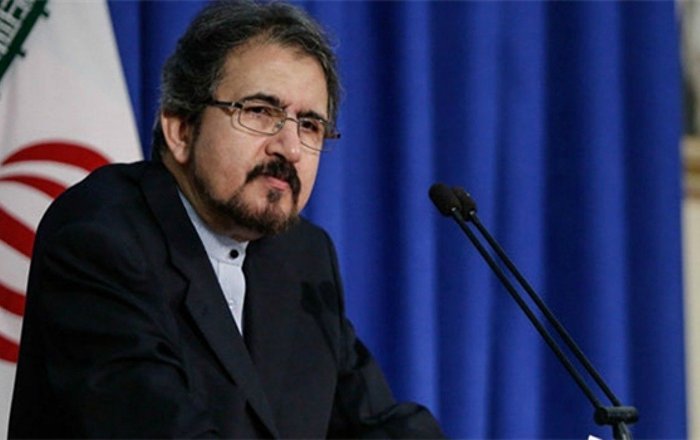 Iran expressed its rejection of statements made by some Arab officials during the Arab summit in Tunis on Iran's interference in Arab affairs, asserting sovereignty over the three islands claimed by the United Arab Emirates and supporting Arab support for Syria in the hills of Golan.

Tehran – Sputnik. "In addition to the accusations of a limited number of members of the League of Arab States, which unfortunately still show a non-constructive and deceptive approach to their enemies in Iran, and there are unjustifiable allegations against the Islamic Republic, the statement issued by the spokesman the Foreign Ministry, Bahram Qasimi, Today, the leaders of the Arab countries have been more positive than the previous summits. "

The statement continues: "We vehemently reject the false and alleged allegations of our country's interference in the affairs of Arab countries."

"We strongly condemn the allegations made about the three Iranian islands … We affirm that these islands are an inalienable part of Iranian territory and sovereignty, and that repeating these claims does not affect legal status because these islands belong to Iran," he said .

He continued: "We regard the support of the Union of Arab States over the occupied Syrian Golan and the unity and territorial integrity of Syria as something positive and hopeful but insufficient for the excesses of the American president and the Zionist entity," he said.

The final communiqué of the 30th Arab Summit in the Tunisian capital said relations between the Arab countries and Iran are based on good neighborliness and non-interference.

"Co-operative relations between the Arabs and Iran are based on good neighborliness, non-interference, non-use or threat of use of force in accordance with international law and abstention from practices that undermine trust building," Tunisian Foreign Minister Khamis Al-Jahnawi said Sunday evening (March 31). And stability. "