He said, "I can not take it anymore" .. And get out! Lebanese creator of life 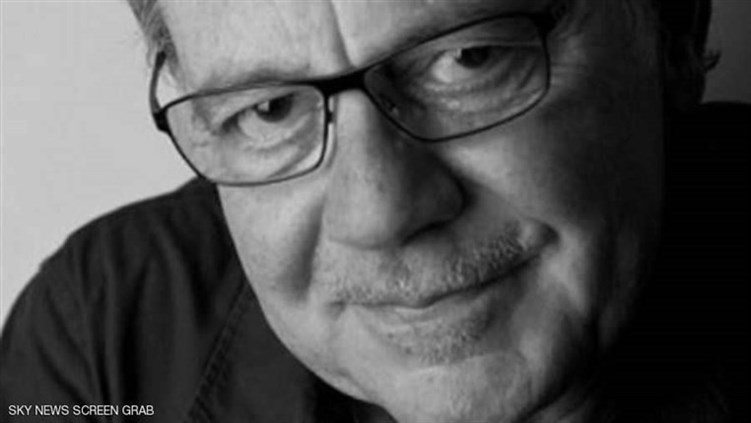 French playwright and writer Nabil al-Azin died in a hospital in the French city of Avignon after a 69-year illness.

And we refer to several Lebanese playwrights and artists who lived with him, worked with him and studied in his hands.

"In our last phone call, he said:" I can not take it any more, "wrote Issa Makhlouf, a Lebanese poet and writer, on his Facebook account.

"A few days ago, he was still talking about Julius Caesar's play for Shakespeare that he planned to launch, and will be presented in February with a group of college students in Beirut.

He was looking for a glimpse of hope in the eyes of the doctor who was looking at him every morning in the hospital. When your hope is lost and your voice is weak, I try, in every way, to make you believe that the road is not over yet. "

He graduated from the Sorbonne and founded the group "El Baraka" in France, and presented in stage texts in French to international writers such as Harold Pinter and Tennessee Williams.

I believe in theater and used his performances in other arts brilliantly, leaving a distinctive mark in the world of theater and literature in France, which moved to stay during the Lebanese civil war in 1978.

He was one of the first playwrights to enter central Beirut after the war ended in the early 1990s to defend the city's historic landmarks, such as the Beirut Theater.

In 1999, a piece by the poet George Shehadeh entitled "Loot of Love" at Grand Theatre, on the tenth anniversary of Shehadeh's death, stirred public opinion against indiscriminate reconstruction policies.

He wrote several literary texts, including the president of honorary festivals of Baalbek, who died in May 2018, entitled "May Arida, Baalbeck's dream."

In 2010, he went to Jerusalem, where he performed a collection of masterpieces from the National An-Najah Theater, using the music, singing, hakwati and circus arts, with the participation of 30 artists and artists from seven countries.

He has received a number of awards, including the Arts and Arts Medal of the French Ministry of Culture and the Cultural Forum Prize in Paris in 2007.