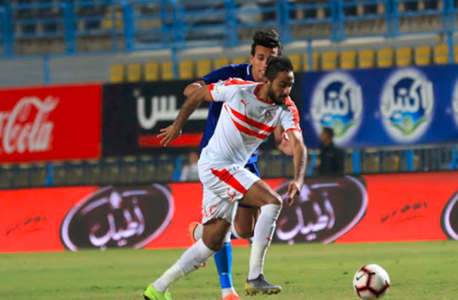 Zamalek coach Christian Gros has announced the team's attempt to tackle Hassania Agadir of Agadir in the Confederations Cup.

Zamalek prepare to play Hassania Agadir in the quarter-finals of the Confederations Cup on Sunday night in Morocco.

? Hamdi Al-Naqaz will miss Zamalek training today as part of preparations for the Hassania Agadir game, set for Sunday in the quarterfinals of the Confederation.

As it happened @FerjaniSassi Permission of technical staff in the absence of training today.

Abdullah Juma participated in Al Muran after his recovery. pic.twitter.com/yPcDF9FTya

The list is absent from the list of Mustafa Fathi and Hazem Imam's injury, and bilateral Hamid Ahamad and Farjani Sassi because of suspension, and electrified and Ayman Fathi for technical reasons.