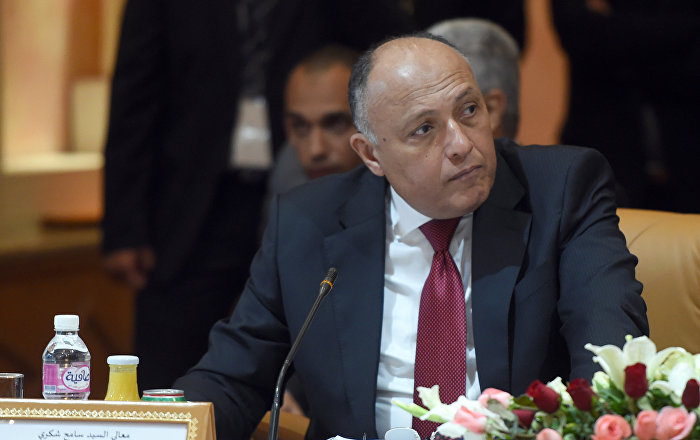 Egyptian Foreign Minister Sameh Shukri said in a telephone interview on "The Story" with Amr Adib, a reporter for MBC Egypt, that the Qatari emir withdrew from the Arab summit for reasons unknown to anyone, pointing out that there was no response . Action of the Egyptian delegation.

Shukri added that "the departure of the members is linked to the circumstances, or due to a certain position, and the Arab Summit participants did not have a specific vision of leaving Qatar at the summit." .

The Qatari emir, Sheikh Tamim bin Hamad Al Thani, left the Arab dome before speaking at the Palais des Congrès and heading to the airport.

According to Tunisia's "Mosaic" radio, "Prince Tamim left the summit immediately after the words of Tunisian President Baji Caid Sibsi and Secretary General of the League of Arab States," without further details.

The Qatari News Agency (QNA) said that "the country's emir will leave Tunisia after attending the opening session of the Council of the League of Arab States at the summit level at its thirtieth session."

The Qatari news agency said the prince sent a telegram to the Tunisian president in which he expressed his sincere thanks and appreciation for the warm welcome and honor he received during his presence in Tunisia to attend the Arab summit meetings at his thirtieth session.

He expressed the hope that its results will contribute to supporting and promoting joint Arab actions for the benefit of the Arab peoples.

The summit's agenda included some 20 projects, notably the response to the US statement on the Occupied Golan, despite Syria's absence from the Summit, the Palestinian issue, the situation in Libya and Yemen, support for development in Sudan and Iranian interventions in the affairs of the Arab countries.