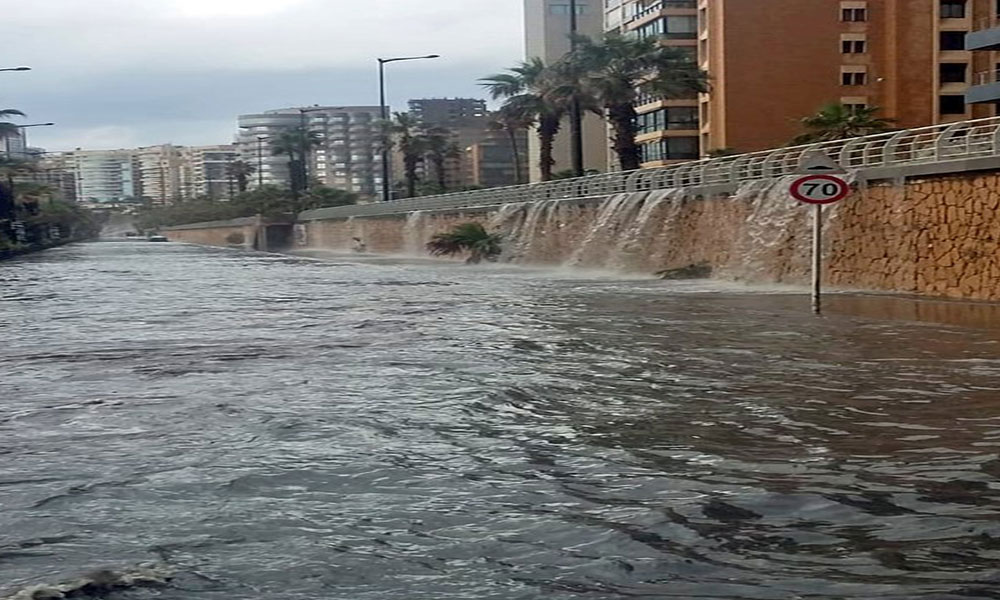 Reactions to the "scandal" of sewage storms in Ramlet al-Bayda continued after Beirut's governor, Judge Ziad Shabib, blamed the flooding for the Aden Bay project, the Ghubairi municipality, the Development and Reconstruction Council, and three restaurants. The head of the Central Criminal Investigation Department ordered an immediate investigation into people being forced to fill sewage in various parts of the capital.

MP Rawla al-Tabash Jaroudi, along with head of the parliamentary working committee, Nazih Najm, said MEPs from the capital would file a complaint today against all those involved in the investigation, and the Beirut deputies will follow the matter until the as an introduction to the fight against corruption.

But the dispute, as stated by the "brigade" will be during the deliberation in the meeting of the deputies today, on whether the action against the known, as stated at a press conference held by the governor of the capital, or be against the unknown to be left for the judiciary to identify the names of all those involved and accountable?

That is, even if the sewage is opened and dirty water is returned to its sewage in the capital, the Black Friday disaster must remain in the spotlight until the justice of the aggressors is taken from their tents, prisons and places for imprisonment . Difficult but requires a decision and decision in the hands of representatives of the people.

Beirut media said the "calamity" occurred and could be repeated as a result of lack of supervision. How could the Eden Bay project finish its project and bury the sewer line without permission? Where were the municipal organs of Beirut? And Alice weeks ago has the same flood? Why was it told of a new drainage line? Is it an alternative to the line closed by the aggressors? Why have not we seen a similar cruise in recent years? And how dare Al-Ghubairi municipality to infringe the line of the refinery network?

And he urged worried circles in Beirut not to spot and throw responsibilities, stressing the need to hold officials accountable, no matter how much so that similar incidents are not repeated in the capital of the country.

But the fear is all fear that the sewer will become "dirty," and become the suburb of Beirut in return for the sewage of Ghubairi, and when the tithes become a closed victory over an impossible bastard not to shake civil peace , according to the introduction of the screen of the LBCI, which noted that the mayor of Beirut took responsibility for himself While the governor holds the responsibility of the Municipality of Al-Ghubairi, and the Municipality is responsible to him and the Municipality of Beirut, and there is those who direct arrows at the Council for Development and Reconstruction, and concluded by asking themselves, "Are you not above these heads of ministers and presidents?"