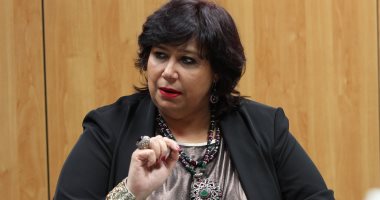 The 27th Arab Music Festival will be held at 20h00 on Friday, November 9th, 6 concerts in Cairo, Tanta, Damanhour and Alexandria. The first stage will feature the Lebanese star Wael Jassar, presenting a series of his national songs and emotional relationships accompanied by the Master. Aish is preceded by a break for the opera singers Rehab Mutawa and Ahmad Effat.

On the stage of the Arab Music Institute, a concert will be held for the violinist Dr. Hassan Sharara accompanied by his ensemble, "Six Spark", which will continue on the Republic stage and a concert of the Arabian music operas will be held at 6pm. To be presented at the Sidi Darwish Theater in the Opera House, it will be preceded by a pause for the opera singers Amira Said, Mei Hassan, Ahmed Said and Ghada Adam, accompanied by the Arab National Music Ensemble, led by Master Hazem Al Qassabji.

At the Damanhour Opera Theater, the star Mohamed El Helou presents a concert accompanied by the Alexandria Opera Orchestra for music and singing led by Maestro Abdelhamid Abdel Ghaffar, preceded by a pause for the stars of the singers Ayman Mostafa, Ghaleb Nada, Mei El-Gabaili ,.

The Swarieh Band performs a concert led by Maestro Mazen Darraz at the Cultural Center Theater in Tanta, which hosts the Arab Music Festival for the first time. This year's concerts were held outside Cairo in three governorates. The festival will be presented at the Alexandria Opera House , Damanhour Opera and the Cultural Center in Tanta. Including the public of Gharbia province on the different arts colors, and will see next year the festival move to the city of Desouk in Kafr El-Sheikh Assiut and comes as a serious step on the way to expand the festival to cover all the provinces of the Republic to achieve the Classifying people, spreading fine arts and promoting the taste of the public.