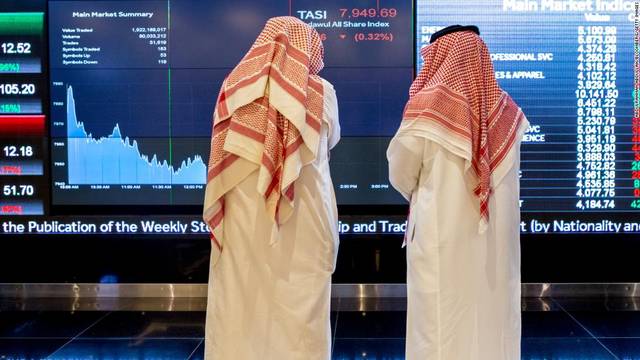 Mubasher: Analysts identified during the "Mubasher" speech, 10 factors that will entice and push the portfolios and institutions, especially foreign, to buy more Gulf stocks during this week's sessions.

At the forefront of these factors is the application of a new phase of Saudi market adherence to the FTSE Emerging Markets Index and the increase in traders' optimism after expectations of a relative increase in the relative value of major Gulf emerging markets, as well as the risk of institutions and stock trading, which has led US and Japanese stocks to increase gains Oil rose late last week.

At the end of last Thursday's meeting, most of the Gulf markets, most notably the Abu Dhabi Financial Market Index, which peaked at 13 years with the support of major stocks, led Abu's first Dhabi..

The head of Mindkraft Consulting, Mubasher, said global markets are in a period of tangible optimism, Growth of the US economy after the issuance of Economic data, which will increase the appetite of foreigners vis-à-vis Gulf stocks, especially the United Arab Emirates, which is the most attractive and profitable and the lowest price for investors.

Fadi al-Gattis pointed out that one of the key factors is also increases Oil prices, which Levels of $ 64 with expectations for OPEC and its allies at the May meeting to stabilize production at current levels, which will positively support the Gulf markets' course of action during the week.

He pointed out that one of the key factors in pushing investors to buy Gulf stocks in the next period is good earnings expectations in the first quarter of this year, noting that the announcement of some of last week's quarterly results gave strong support to markets, especially in the United Arab Emirates..

Al-Ghatees did not rule out the market move with some minor corrections to offload the strong profits made by the markets in the past period, especially with the entry of the month of Ramadan, the period in which the governor tends to calm and retain. 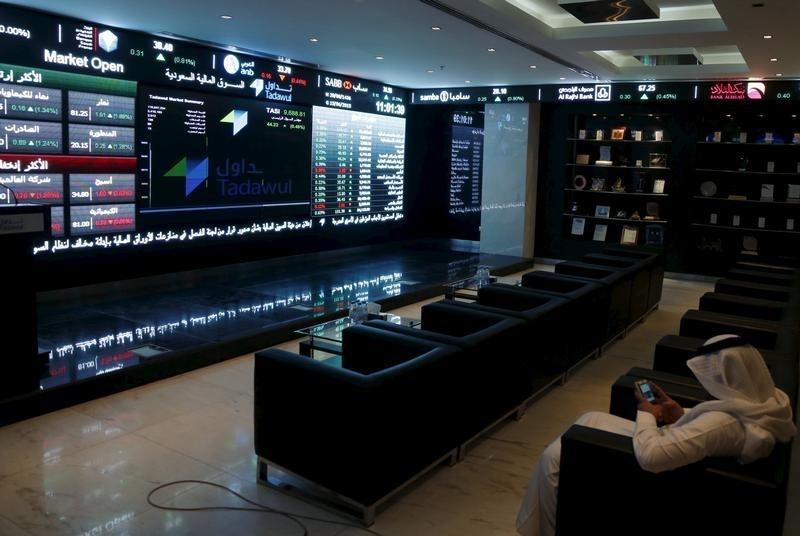 For its part, economic analyst Mohamed Al-Maimouni said "Mubasher" that the attention of traders in the Gulf markets are also moving towards the current results for the first quarter of this year amid optimistic expectations about the improvement of last year.

Al-Maimouni attributed Saudi Arabia's stock index to the largest weekly increase since September 2017, reaching 9196 points, the highest level since July 2015 to the market close to the international indices, confirming that this accession is the catalyst for the continuation of series of high increases for a long time.

And it should boost dealers' appetite to take more advanced positions in major stocks coupled with the implementation of the second phase of entry into the Saudi market emerging markets FTSE index, which will be applied on April 22 with 15% market share.

On March 28, 2018, FTSE Russell joined the Saudi market in emerging secondary markets in phases beginning in March 2019 and ending in December 2019. The five stages.

The first phase of the promotion began March 18 with 10% of the market, and predicted that the revised FTSE index, which has recently entered into force, will see flows of more than $ 1.3 billion in the GCC markets listed in the FTSE.. Ehab Rashad, CEO of Al Safwa Real Estate, expects the Saudi market to witness further this week with the expectation of completing the update of the FTSE Russell index and the stock market approaching again..

The Saudi Arabian Capital Markets Authority (Tadawul) has recently approved the Arab Centers' request to offer 20% of its 95 million shares. Al Hokair Arab Centers is one of the largest real estate developers in the Kingdom with a portfolio of assets of 19 complexes in 10 major cities. Millions of visitors per year, according to figures announced by the company, while the financial group GfH will list its shares in "Tadawul" before the end of the year.

About the quarterly results, Rashad suggested that some companies will witness a quarterly surge in profit for leading companies led by Emaar Properties, whose first-quarter results will be reflected in the sale of five hotels to Abu Dhabi Hotels announced late last year..

He added that profits announced by Gulf banks are good at the end of the first quarter, noting that, most notably, Emirates NBD, Emirates Islamic Bank and Dubai Commercial Bank, which boosted market gains last week..

Investor optimism was largely reflected in the liquidity levels of the markets, supported by the expected integration of the banking sector, as well as by the dividends that investors began to receive and their investment in the markets again..

Rashad had expected the suspension reports to be the relative weight of Abu Dhabi's first bank in the MSCI Emerging Markets Index after the rise in foreign equity in its shares is one of the top rising markets this week..

On Thursday, Abu Dhabi First Bank was granted approval to increase foreign participation to enable them to own up to 40% of Abu Dhabi's largest banks, over 25 years earlier.%. 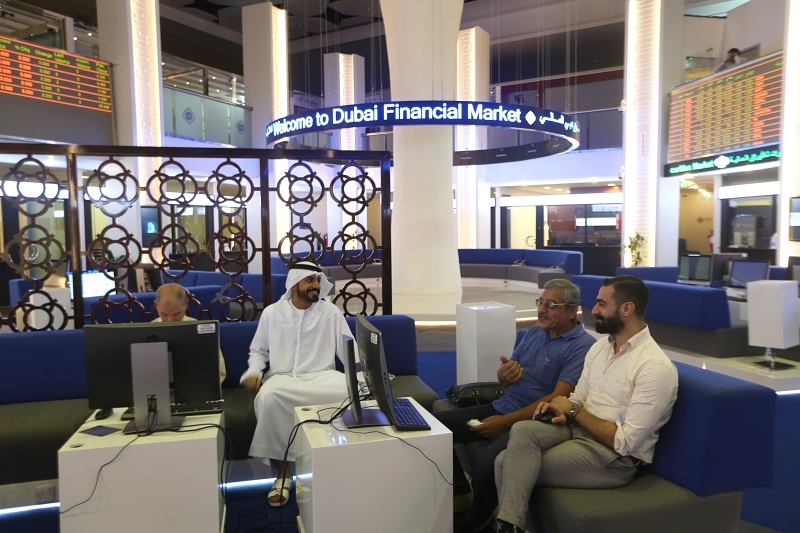 He noted that stocks began to recover as corporate and foreign portfolios returned to take advantage of the investment opportunities available in the banks' and leadership's actions that announced generous cash dividends..

He said markets will continue on a bullish path and that some profits will be needed, especially with the emergence of positive catalysts, especially news of new acquisitions and mergers in the banking sector..

He expected some Gulf markets to witness additional profits, especially the Dubai Financial Market, which was evident during the weekend session..

He stressed that real estate stocks on the date with the recovery of expected and new gains with government initiatives launched by the country, especially recently allowed by the Head of State in accordance with the decree of foreign ownership for investment properties in Abu Dhabi. 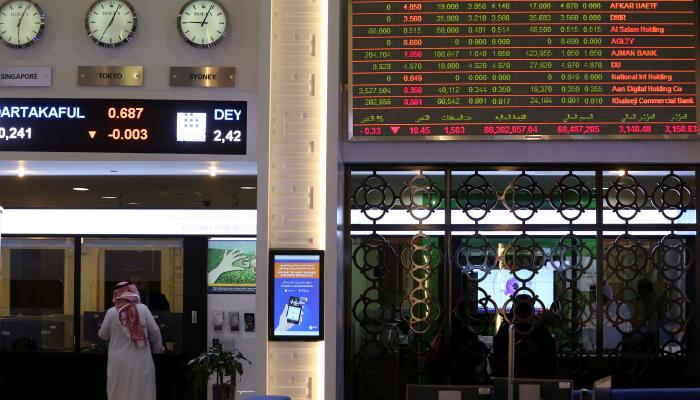 In turn, technical analyst Ibrahim Al-Failakawi said that banks' first-quarter announcements would extend their positive impact over the next period in the Gulf markets, with good indicators that will increase chances of stock growth and investor appetite to buy them, before the lull in Ramadan..

He said the market will also react if big companies like Emaar Properties approve the proposed annual distributions next week, raising shareholder dividends to 2018, explaining that liquidity was the biggest supporter of the market during the week after investor returns . 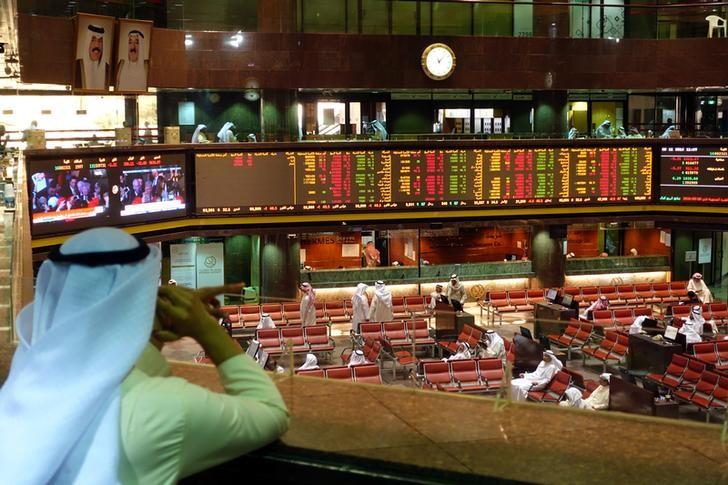 – In cooperation with military production .. "Long live Egypt" approves the draft dates of the Emirates