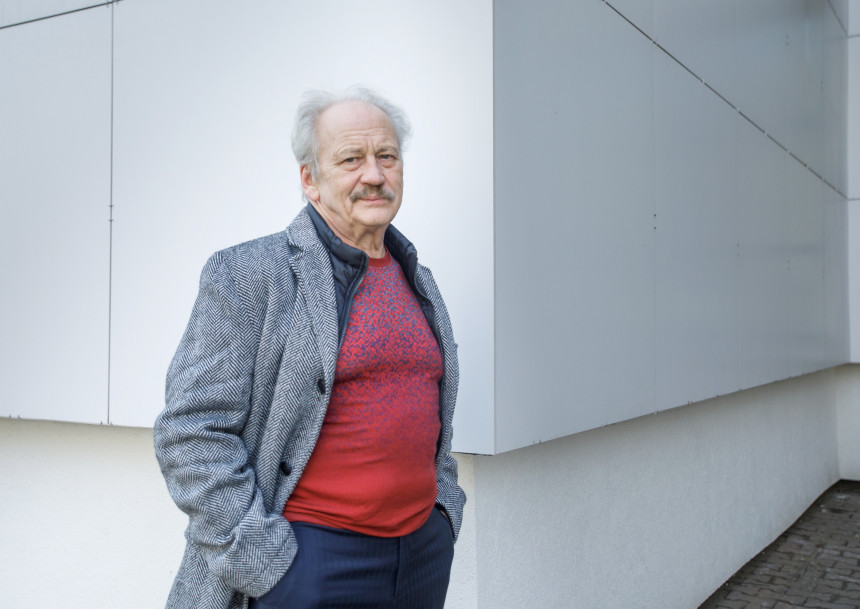 "This is the story of Alunan's life and its influence on Latvian theater," says actor and director Valdis Lurins. Tomorrow, at International Theater Day, Latvian Radio on 22.05 offers to listen to the musical performance Re, as the messman sounds! first performance dedicated to the 170th anniversary of Adolf Alunan, which was widely celebrated last year.

«Re musical performance, the sound of the mess! Based on autobiographical facts and events on the life of Adolf Alunan, they were described by Karl Dilly. In addition to minor quotes from Alunan (Self-raised, Six Bunnies, John Neiland) and more songs and songs by Alunan de Alunan and John Peters, written by Ivar Wigner and Raimonds Pauls, "and playwright Valdis Lurins describes musical performance Re as a messenger!

The production was created in honor of Adolf Alunan's 170th birthday, which was widely celebrated last year, although in amateur cinemas. "Adolf Alunan, although appreciated in our culture, is not, in my opinion, fully appreciated." Rarely do we find a man whose hearts are laughing even after a hundred years, which means he is a wonderful discoverer of Latvian nature. Adolf Alunan in our culture is no less than Molier's role in French culture or the role of Shakespeare in English culture because Alunan left very important evidence of Latvian nature. Adolf Alunan was also closely associated with the ideas of the neo-Latvians, thanks to the brother of his father, Jurim Alunan, who by the way, has created more than 500 Latvian nouns.Yuri Alunan has a saying – do not despise but take care of and take care of your language.The ideas of Latvia in your pieces come from Jura Alunan, and in his first play, Owned Alunan, recorded – our nation has just awakened from a deep and lost, much lost sleep – its gods, its faith, but an adornment remained its property and now ado the heart of all Latvians, we call this our honor. Adolf Alunan's second personality – he was quite categorical, impolite in character, as evidenced by the fact that, as head of the Riga Latvian Society Theater, he quickly broke away from the association's spokesmen, dedicating them to naked couples and was forced to leave Riga. society. But the time of his "Jelgava period" and guest performances is when all of Latvia becomes the stage of Alunan, and when Alunan has a 25 year anniversary, Latvian theater groups were created in almost the entire territory of Latvia . Alunan is the father of Latvian theater, although he won the title when he was only 40, "says Valdis Lurins. In the musical performance Re, the sound of the mess! Dace Bonnte, Anita Grube, Martins Egliens and Valdis Zilvers participate.

After this work with full force, you have to reach the new project, which has already started working with Laila Purmaliet. This summer, it will be possible to watch a musical-historical vision – the performance of the Chicago Fifth – on the outdoor stage of the cities of Latvia, where popular actors and singers will reproduce the performance of their favorite group during their youth. The director of performance is Valdis Lurins, with the participation of Mārtiņš Egliens, Ieva Sutugova, Ginta Krievkalna. The performance is based on the narratives of Albert Legzdins.

But tomorrow, on Theater Day, Valdis Lurins will celebrate his professional vacation and plan to attend a Theater Day Two concert at his own National Theater.