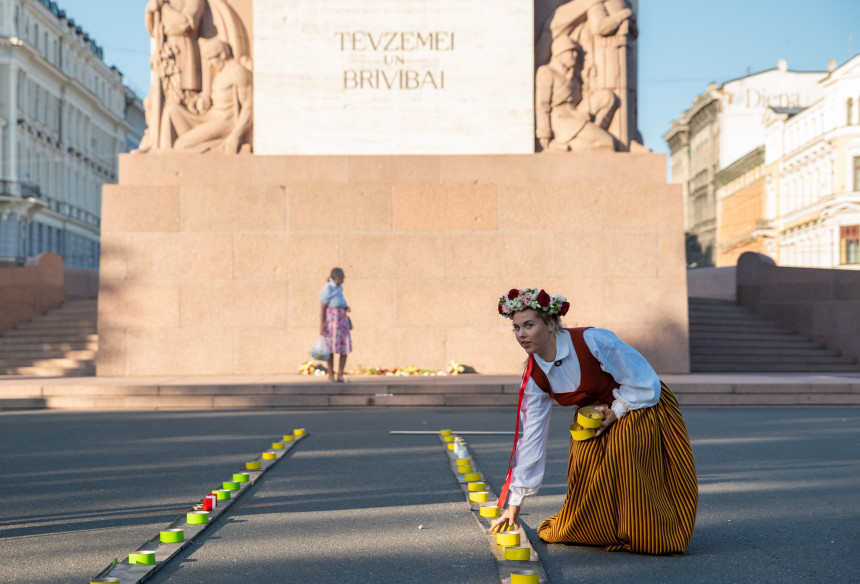 Honoring the events that are important to the independence of Latvia, the core of the national centennial program will be the development dedicated to the Battles of Liberty and the founding of the Latvian army, the beginning of national and local institutions, as well as the Baltic Campaign Campaign, Linda Pastare, spokeswoman for the Latvian Century.

This May 4 and the White Tablecloth Festival will be celebrated as a sign of heroism and courage to honor the independence of the Latvian state. The exhibition of the museum's exhibition "The Latvian Century" will be complemented by a centennial flag and a message book that has traveled over the years to Latvian communities around the world. The Turaida Museum Reserve will open the exhibition "On the Road to the State of Latvia – The Rabbit, The Landlord, The Citizen" as well as festive concerts, film marathons and other events.

On June 22, in Cesis, the festivities will take place throughout the city and will fill the day from morning until night. Riga Street will be organized as a time axis in which documentary presentations will be held. In the afternoon, the reconstruction of historic battles will take place in Pirtsupīte Gorge.

As a unique event in the centennial program of the Cesis battles, Pastare emphasized the exhibition of the rebuilt Estonian armored train "Freedom" at the Cēsis railway station from June 15 to June 22. The reconstructed armored train travels to Estonia all year round and has become one of the most popular events and sights of the centuries in Estonia, she said.

In Liepaja, from June 27 to June 29, there will be a series of events of historical events – "To receive the ship" Saratov "in Liepaja – 100". The three-day program will begin on June 27, when the central events will be the reconstruction of the ship "Saratov" and a festive procession.

On June 28, a concert "With joy and satisfaction" will be held in the square next to the Customs. The conception of the concert is based on the speech of Kārlis Ulmanis after leaving the ship "Saratov". The concert will feature independent music, combined with rock music, and will feature the National Orchestra of the Armed Forces of Latvia, the Intis choir, the accompanying group, the band "Skyforger", the singer Ieva Akurātere, the musician Ivo Fomin and others.

On June 29, the historic blocks of Liepaja will be littered with activities for families and children "100 years ago in Liepaja." The day will end with "Kurzeme Song Festival".

The program of events for the 30th anniversary of the Baltic Way event is also planned. A high-level international conference will be held on August 22 at the National Library of Latvia, a special event will be held at the Freedom Monument on August 23 at 7 pm, while the "Kurbads. Son of the Mare" will be seen in the evening at Lucavsala .

In preparation for the "Baltic Way" anniversary, people are invited to review photos of their participation in this popular demonstration and, along with history, to add them to the "Century Album" initiative of the joint exhibition of the Latvian Museum "Century of Latvia ".

Celebrating Bermontada's centenary on November 11, several commemorative events are planned throughout the country. Significant events are expected in Jelgava, reconstruction of the battle is scheduled for November 23, as well as the ambitious scenic literary oratory of the composer Jānis Lūsens and the poet Mara Zalīte. debut.