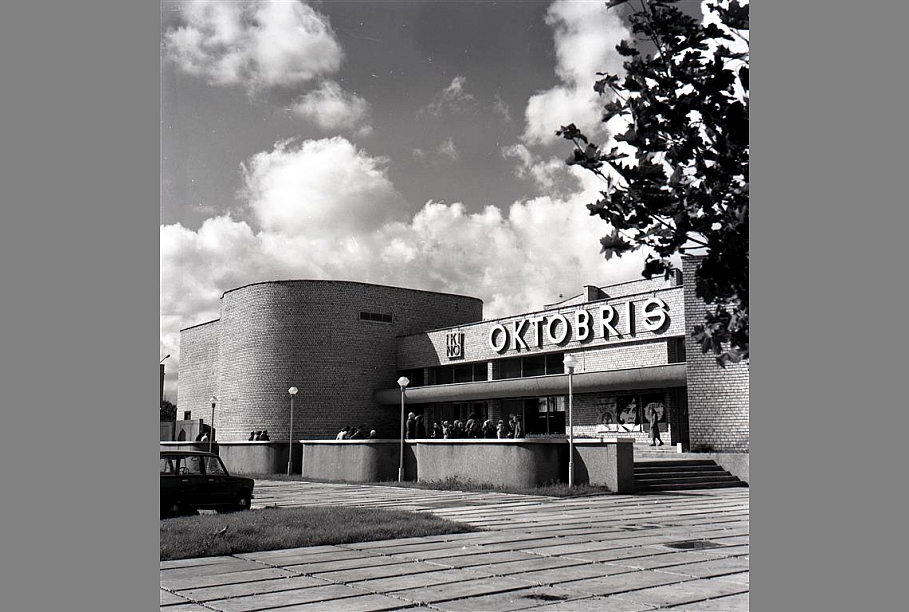 The history of the Soviet-era theaters came out in the book. He talks about the history of Soviet cinemas in Riga before the cinema became part of the USSR film system. How did the "typical" projects of the cinemas created by the "central" design institutes "live" and how the film system slowly collapsed in the 1990s, in order to give way to the search for a repertoire and a cinema viewing space ideal.

"In the early '90s I had nothing to do in Teika, and I went through all Riga cinemas by trolleybus," said one of its authors, Zigmars Jauja, in the story of the book "Lost Cinemas in Search" on the radio show Culture Rondo ".

In turn, when asked to create material for Benji Knewman magazine three years ago, he remembered the theaters in Riga and decided to take a look at what is happening to them today, followed by the exhibition "Search for Lost Movies" under of the Riga International Film Festival, which continued in 2015. It is now a book.

Film director Anita Uzulniece believes that in the late 1980s and early 1990s, when the currently-missing cinemas were up and running, she worked at the institution, which provided them with a repertoire, investing heavily to make the repertoire good. 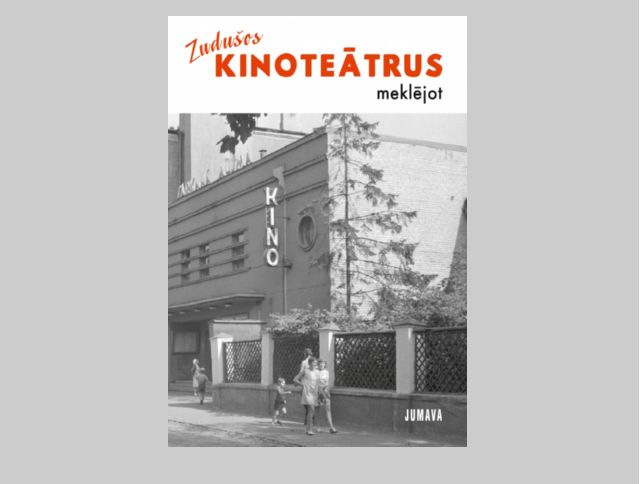 In describing Riga's theaters in Soviet times, Jauja indicates that most of Riga's cinemas have been adapted to the needs of film production.

"When they started thinking about a new recovery in the 50s and 60s, they were typical projects, but typical designs are not as good as old or old adaptations. Custom movie theaters are generally more architecturally valuable than newly built ones," he said. notes Jauja.

For many typical cinemas, there has been a very austere decoration, even technically crafted. Some buildings nowadays are suitable for other needs, for example, in the premises of the former "Space" cinema on Petersala Street, there is a supermarket. The villain does not hide – she is very sorry that the cinema "Blāzma" stopped working in the current Čaka Street, where the club was after Bimini.

As early as the early 20th century, interest in film production in Riga was enormous. During the period from 1907 to 1912, about 60 projects were submitted to the City of Riga Construction Chamber for the installation of movie viewing sites or the construction of new cinemas. After World War I, a large part of them were lost and newly formed Latvian entrepreneurs embarked on restoration of cinemas and the construction of new movie buildings.

In terms of active entertainment, including cinematic performances, there was Elizabetes Street, which earned the name "Riga Brodvejs" among local bohemians and young and young. World War II and Soviet occupation introduced their own adjustments: the number of cinemas dropped by half, but over time, new cinemas were opened – also in new residential areas such as Kengarags, Iuciems and Sarkandaugava.

Jay also thinks that studying is interested in how the experience of watching movies changes, how people experience the magical moment in the cinema, and how architects have struggled with the limits imposed by the system during the Soviet era. Jauja also reveals that the Liepaja Cinemas have also traveled and intend to continue the development of the research. The opening of the movie "The Lost Cinemas in Search" will be held on November 8 at 5:00 pm at the "Film Noir" café "Splendid Palace". The book is published by Jumava.