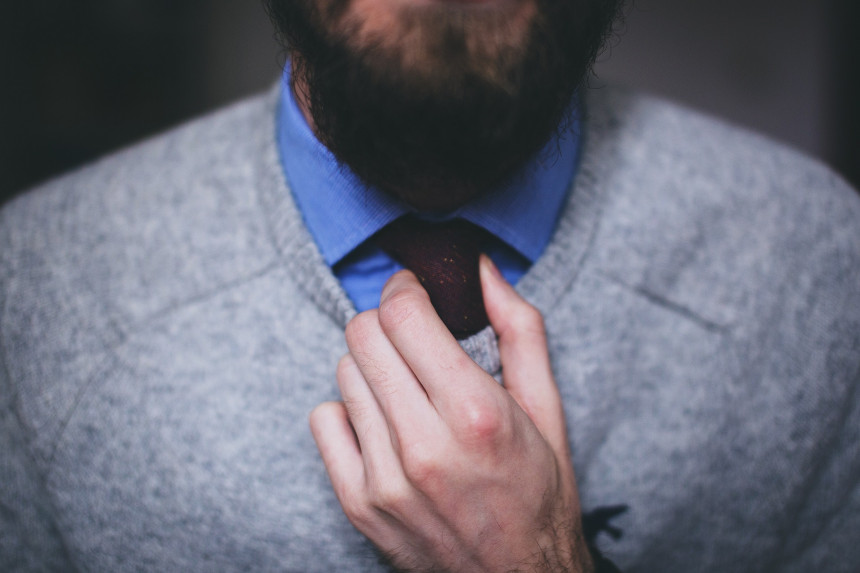 Modern fashion and opportunities create no more limits, and anyone can create their own image of what they want. But the image is unconsciously created according to the personality, so it becomes a psychological picture that is visible to all. What about the hairstyle, beard, and mustache?

Every external change carries the internal ones, so if life is lame, it may be necessary to change the style. And in doing so, it may be worth asking for advice not only to the stylist, but also to the astrologer! Hair color and length, for example, increase or weaken the effects of certain planets. The more the person changes the length of hair, the more it is reflected in personality changes. And this applies to both women and men. The shorter the cut – the more male energy. Features show intentionality, endurance, perseverance.

Hair growth is a long and steady process that enhances the feminine character of women and men. But all those rockers and metalists, you ask? By nature, many of them are very calm, benevolent, peaceful and agreeable, despite the appearance of a scandalous threat.

As the hair curls, the image becomes more serene and attractive, including the personality. Venus and the Moon participate in this process. Strengthening your influence in the horoscope attracts luck in personal life, in soul harmony, in peaceful career flow.

When you cut your hair very short, especially if it was long before, the planets of men become more influential – the Sun, Mars and Uranus. It also brings activity, tension, conflict and volatility. To avoid this, it is recommended to shorten the hair gradually, say a few inches once a month.

Hair color is also associated with certain planets. This should be taken into consideration if you want to support the planets that are favorable to you. After all, it is not uncommon for men to change their hair color a long time ago!

Black – Pluto color. It is characterized by attractiveness, passion, mysticism, but also by depression and apathy.

Blonde strong and bright – sun. Such a person regularly enters the limelight, selfishness appears in the character, but creative tendencies and talents also intensify.

Light brown – Venus color. It helps in personal and family life, but in other areas it promotes indecision and passivity.

Dark brown – enhanced by the horoscope of Mercury. That means susceptibility, successful business, but volatility in private life.

All reddish and warm tones (golden, brown, brown) – this is Mars. Bright character, stubbornness, quickness and nothing to throw away the owl.

Gray – Thanks to Jupiter's influence, success in the financial sphere, but reduced spiritual qualities.

All other colors of the rainbow, neon colors – Uranus. Such people are attracted by adventures and adventures. They have many brilliant events and frequent changes in their lives.

If you want to do a serious job, it is advisable to have your hair look carefully, definitely with the appropriate shapes and lines – then the Saturn job guard will work. Just be careful that your hair is not as popular as you say, it also likes – such an avid employer will unconsciously think you have a tendency to intriguing and dirty careerism! It is preferable not to change the hairstyle during the test.

Cuts of hair and shit can say a lot about a person, in this case a man: what are the character traits of the sense of style he prefers.

Short on decks and back

This seems to be the most common hairstyle among the strong sex. It is often chosen by charismatic men who are accustomed to attention. It also shows a good sense of humor and … jealousy.

Long hair is a sign of some kind of rebellion, an unusual way of thinking, also of courage and creativity. Such a man is not bored. They do not like competition, of course.

Road in the middle

In this way, hair is usually chosen by working men, patients and also insistent. They are more dedicated to doing their business than bragging to others.

Real Romans! They also have organizational skills. Be wary of women who do not like competitors – men of this type attract beautiful bees like flower bees.

The dreamy guys who are still teens at heart choose this kind of bang. They love to sink in the past and tend to suffer from unresponsive love for a long time.

Long hair on top of head, with dams

Men of this kind choose this cut. They make the most of every opportunity. He likes to wear plaid shirts, is moderately muscular and usually has a beard.

Yes, men with long or long hair also tie a knot or knot! These are the faces of the artistic nature that go their way without following the stereotypes, and do not care what others think about them. They tend to be the souls of the company and often of nature – completely incalculable.

The lumps are usually very intellectual, like to analyze, to plan. Greedy are generally faithful and trustworthy.

Even after the beard, the mustache and the cheekbones can tell you about the character and personality of a man!

Very old! This guy knows what he wants out of life and it's safe to go for his purpose. Husband and wife – what they say is done. The woman is treated with love and romanticism, but there can also be an ax (both directly and transferred). A tiger that can be tame with a female trick.

Girls, if you meet a man with a brown beard, throw in his embrace! Such a man is a royal support, a stone wall that protects against the strong winds of the world. A movie man about real men – brave, strong, who knows everything and is responsible for everything.

This guy is all in moderation. He is gallant, temperamental, calm by nature. He does not like to post his life for an overview, nor is it worth waiting for him to shake his heart. Your attitude towards a woman can be determined by your vision and action.

Owners of the brown beard usually have an unusual personality. Friendly and courteous by nature. On the other hand, very temperamental people, with an explosive nature. With such a man the woman will feel protected, but above all – do not take her out of patience! Men of this kind fall in love with them, and their women are like no minds. Everyone has a minus sign: they like to brag and stand out in the background. People are called escapists.

Owl beard owners are generally kind in nature. They do not want them to be disturbed, nor do they tend to trust others on their own. It would be nice, but you can not trust them in the moment of distress or trouble – they can simply get lost and wait, break the difficult times in a peaceful place for the woman to handle. That is why they are usually chosen by strong women who take the lead.

A man with a thick beard attracts women thanks to his intelligence. He himself is the determiner of his life. In family life, the principle "husband is the head, which is changed by the throat – wife" will not work here, because it gives him nothing. He may show that he is listening, but will always make his own and make decisions alone. Often there are representatives of the creative professions, scientists, lecturers among the peas. Unless you're afraid of different oddities, a woman can fall into that tempting mood.

If a woman does not have a calm and boring daily life in her mind then a partner should look for a guy with a curly and bearded beard. It will never be boring! He can, for example, volunteer to move to a South Sea island and work as a surf instructor. In his daily life, he is the soul of a company that will be loved by all (perhaps the girlfriend's parents).

Nowadays, cheekbones are rarely found, but if you know one, then a woman should be ready for romantic relationships and love until the end of her life. He loves his object of love and will offer to live immediately in his unassuming home. One can say that this type of man is romantic retrograde.

The shape of the beard also tells a lot about a man because he chooses himself and thus unconsciously discloses his inner self.

In front of you is a confident and decisive person who feels comfortable in your body and has a strong character. Unpredictable.

(not too long a beard that gradually decreases)

This type of beard requires careful care and its owner is attentive to details; Intelligent, aware of your place and mission. Targeted and mature enough to raise a family.

The experimenter. Rarely, a man chooses a gooseberry as a constant characteristic of style, usually as a transition, a search period (the fashion trend was in the distant nineties). This means that the man is still looking for himself, his style – the expense is easy to shave if he does not like it, but if you like the hair on his face, this is the first application for a serious beard as a proof of masculinity .

Man prone to narcissism. You win well. He likes to get what he wants and does the best for it. This type of beard needs careful care and regular brushing, so it takes a lot of time to devote to your exterior.

(tuft in the middle of the chin below the lower lip)

Desperate by nature, she wants to prove her uniqueness and ready to challenge the world. How to speak in public, be the focus of attention. Generally – creative profession. True to your case, to work. Therefore, building strong family ties with them is not really recommended, but as business partners they are great.

This type is popular among celebrities, often seen in fashion magazines, advertising faces. Although this beard produces a slight impression of neglect, it is in fact an effort to do so. A man with such a beard is able to flirt and wisely plays, is soft and able to amuse. Often this beard is made up of free men who are actively looking for their second time.

What does a mustache show?