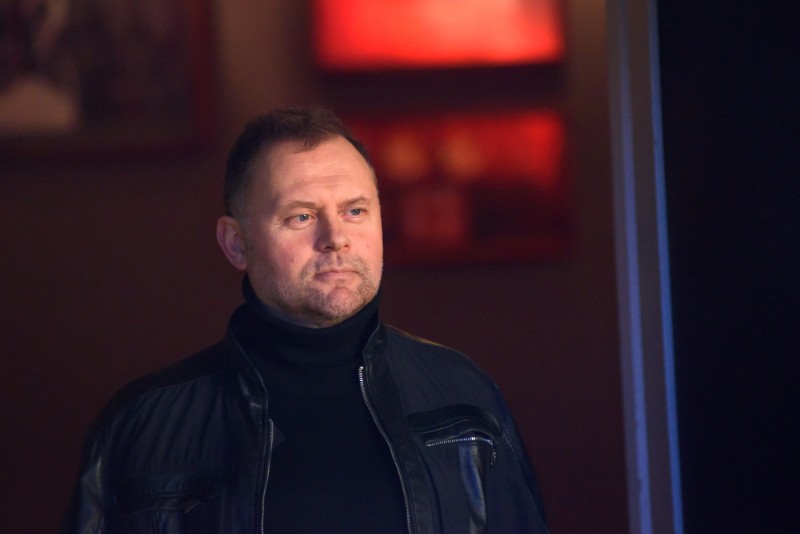 This spring – in May and April, the legendary Liepaja musicians organize their birthday shows to make a little admonition and tell about their intentions.

April 6th at 3:00 p.m. and in. 19:00 with concerts in the hometown In Liepaja, in the concert hall "Big Amber", singer Igo with two shows scheduled to mark their 40th birthday on stage. In the first part of the concert will be performed by composer Jānis Strazds and Igo concert program "Fire", which will be performed by Janis Strazds, Igo and post-group "Vējturi", but in the second part of the concert will be performed songs from the "gold repertoire "of Igo. "On stage will be played by cockers, stabbers, bagpipes, stump drum; will sound acoustic and also guitar, synthesizer, bass. The sound will be very contrasting, and well-known music can suddenly be scanned for new, revealing completely unexpected nuances, "said singer Hugo, adding the second part of the concert – well-known songs that people are always waiting for, who have the opportunity to sing with your hands. Get up, dance … This concert program will be heard in several Latvian cities in the autumn.

April 18 and 20 of May in the concert hall Large amber will be performed by musician Ainara Virgas Concert of the 55th Anniversary. "They will play songs from the next new album, which we will continue to work on, and we hope to finish it on show day. Of course the "gold repertoire" will be played in all possible arrangements and compositions, and the audience will be invited to sing and sing. Come to the concert, do not regret it! Because, as it adapts to Liepaja, the roof will be cut! Ainars Virga called laconically.

May 6 at 7:00 p.m. Liepaja Concert Hall Large amber will happen to the legendary musician Juris Pavītola Concert of the 70th Anniversary "Between Heaven and Earth" with his friends and colleagues: Singers Ieva Akuratere, Igo, Ingus Ulmanis, actor Juris Bartkevičscomposer Martins Brownmusicians Aivars Hermanis, Vilnis Krieviņš, Ritvars Knesis, Valdis Skujiņš "It has happened that I have been away from the active life of concerts for over twenty years, and this could be my third jubilee concert that takes place every ten years," said J. Pavītols, saying that if there is a jubilee, everything from good must be shown. "So the concert will play songs from the beginning, when I started to play and write songs – from 1972, the first love songs and rock songs. I was invited to attend the concert by groups and musicians from the time of my life to the present – as much as I could collect. And since I am a professor at the University of Liepaja and the Priekule School of Music and Art, I also invited my students to participate, including the Leychurm Symphony Orchestra, where teachers and the best students play.

May 11 at 3:00 p.m. and in. 19:00 Liepaja Concert Hall Large amber for the grand concert of the 45th anniversary Composition Credo 45 / Gold calls the legendary group Creed. This evening, the group's golden composition will be on stage to bring together the music produced and played by the band for several decades, and celebrate not only the band's 45th anniversary, but also the 60th anniversary of guitarist and former band member Armands Alksnis. "When we decided to perform this show, it was like a movie where a person was given a few days to get the old gang back to work. In her book on the Creed, journalist Andra Alksne added that more than 30 people were playing in our group over the years; and after several days of hard work in Liepaja, I managed to muster at least fifteen musicians, "says Valdis Skujiņš, adding that the two-part concert will be played by the band's current and former composition with Guntis Whit, but at the end of the concert all participants will be on stage. Armands Alksnis' birthday will also be celebrated. "Maestro Raimonds Pauls, who said he has not forgotten the way to Liepaja, and if there is such an opportunity, will try to arrive.

The grand conclusion of the Liepaja concert cycle is scheduled for May 25, when the 55th anniversary of the legendary "Liepājas Dzintars" festival will be celebrated in the concert hall "Liepājas Dzintars". His artistic leadership and direction is entrusted to the singer Igo, who said: "55 years is something to discuss, acceptable or unacceptable, but – the concert will be!" I said a word to this concert, and it seems I did a lot. of the great concert will be honored by musicians who have already been on the stage of the festival, awarded but who are no longer among us playing their songs, and in this part of the accompanying songs will be played by the instrumental group of John Strazd. played by Juris Pavītols, who will play "Liepaja Amber" songs from the 1970s, and Vyacheslav Mitrohin will create a band called "Strontium" for one night.Ive Kerevica is ready to play with the group "Spirit Shadows" with whom she spoke There will be a group of "Credo" in the "Liepāja Amber" of 2002 … There will be some more beautiful and serious surprises that need to be experienced as surprises, but to remain an intrigue at the moment. " The festival will feature an exhibition dedicated to groups and musicians. diplomas and awards, posters and other trophies, but a special conference will be held on May 25 before the show.

Tickets are available for all shows "Ticket Paradise" network.