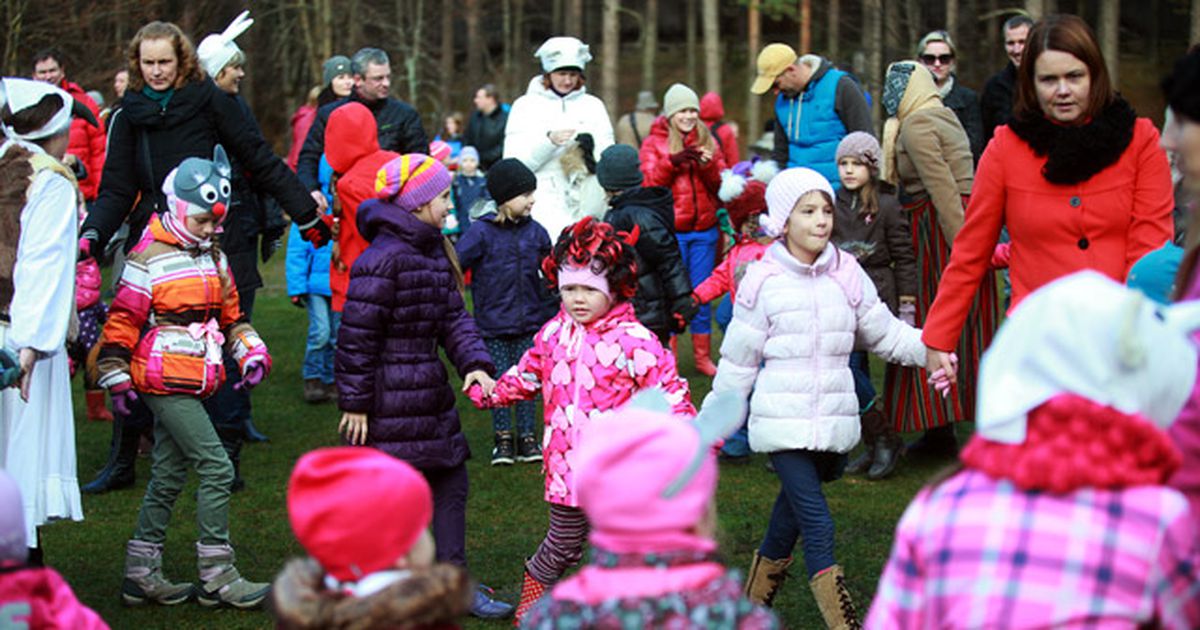 "There is a small hole in the middle of the yard, where a block of wood, called a pig, must be burned. One sticks to a hole with a wooden stick, it's a pig.
but the others are standing with their rods in their holes and trying to put the little pig in the guard's hole. If a player succeeds then the game is won. "/ Kurzeme Name, 1930, IV

"If the fire is burned, the knives tend to be knocked over." Someone from the regiment, the hat on the fire absorbed, reaches out to the others and promises to knife, like a dancin knife! "The hunter is looking at another person again." of Kurzeme, 1930, IV, 20 /

This is somewhat similar to the previous game. Clapboard at Easter symbolizes the sun. This game should be prepared in time to find or cut a wooden wheel (a modern alternative might be a hockey puck). The players after the start all punch together with the wooden hammer in the field. The one who directed the first disc on a certain finish line on the other side wins.

"The Easter toy is catching a bird. The eyes are lurking in one, and now requires:" Where are you going to take me? "-" Eat pork chicken porridge "-" or spoon
is? "-" Looking for yourself! "Then everyone starts to run away and the catcher is looking for someone to catch." / The name of Kurzeme, 1930, IV, 20 /

"The Easter toy is healing the sieve." The beginner picks up the scarf, cuts it at the hips and, while drinking others, looks at someone to attack, someone asks, "What are you dropping? "-" How big is a colander? "Nine miles." As it is expressed, everyone has to flee. / The name of Kurzeme, 1930, IV, 20 /

Where's the beak?
This toy far exceeded the Easter border and seems to be known in every home. A player grabs the other nose and the dialogue begins:
– Where's the beak?
– On the lake!
"What is he doing there?"
– Laying eggs!
– How much!
– Many … (name number)
– what?
– (called properties) Red, brown, golden, dirty, rotten …
– Who am I going to give?
– Rotten, dirty!
Well, the questioner pushes the other nose harder until he's promised the cutest egg.