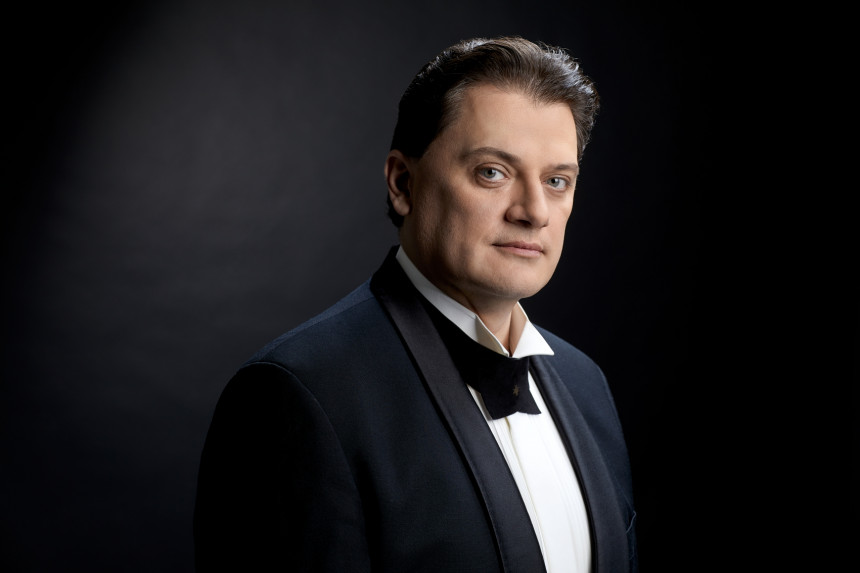 We offer information on upcoming events of culture, music, entertainment and other content in Riga and elsewhere in Latvia.

Lunches with concert «The shortest night of the year»

On June 22, with the concert TV3 Midsummer Nighting, "The Shortest Night of the Year" in Jelgava will be opened in the open air concert hall "Mito" of Postal Island. Will participate in the concert Drums "Auļi", "Faced", "DaGamba", "Frames", "Triāna park", "Complete happiness", "COLT", "Deep purple", "Franco Franco" and soloists Atis Ievins, Dina Rudāne, Jānis Aišpurs, Elza Rozentāle and many other popular artists. Beginning of the concert – in. 20

Continuing the unified concept of a single pedestrian bridge on the Baltic that connects the center of the city with the island of Pasta, the name of the outdoor concert hall «Mītava» is given to the stage, and the new roofs and constructions of the concert hall are equally noteworthy. Jelgavnieki especially emphasizes the functionality of the new concert hall: "Previously, the visit to the outdoor event could have been damaged by rain and wind;

Tickets for the concert "The shortest night of the year" can be purchased on the "Biļešu paradīze" network.

The Regatta will focus on the Baltic Sea

On June 25, the 2019 Gulf of Riga Regatta (GoRR) will be launched in Roja, which will also mark the Latin Open Sailing Championship and the newly created Livonian Cup. Bringing together about 40 sailing teams from the countries of the Baltic Sea Region, the race will run from June 25 to June 29. The participants of the regatta are in Mont, Kuressaare, as well as in the island of Ruhnu, with a finish in the port of Kuiviži.

Several events are planned during the race, where it is planned to emphasize the ecological status of the Baltic Sea, promoting a healthy discussion between the participants and visitors of the regatta.

Everyone is invited. June 29 to visit the port of Kuiviži to arrive. 11.00 to 15.00 you can enjoy the competition climate personally. Shortly before the awards ceremony, at 4:00 p.m., representatives from the Latvian Institute of Aquatic Ecology will interact interactively on the seabed and will have a unique opportunity to sample this fish. The awards ceremony is scheduled for. 17.00 The program of the event is available on the official website https://gulfofrigaregatta.eu/en.

Do you want to become a star?

The creation of a new production of the legendary Rococo "Kaupēn, my beloved" by Janis Lūsens and Māris Zālīte began in the version of the tour.

It has been 20 years since the first rocktop stage at the Liepaja Theater, but the historical history of the criminals captured by society has not lost its relevance. What are our heroes? Is it possible that everyone, in the eyes of the public, gets involved with the media, regardless of their intentions and actions?

In the New Testament, as the Poet, we shall again see Zigfrid Muktupavel, who calls this a lifelong role. Kaupene will be the young and talented actor of the National Theater of Latvia, Raimonds Celms whose acting ability, spectacular charm and talent of the singer at lightning speed captured the hearts of viewers, especially the beautiful sex. Mom will play Anmary or the real name Linda Dinsberg, but the beloved Kaupena girls The creative team of the Concert Tour announces the role of Vallia, wishing to find a new and still unknown vocalist – Girl from 18 to 23 years old

To participate in the selection, applicants must complete the application form by June 26 and independently prepare two songs from the program. The questionnaire, the accompaniment of songs and material of scores can be found in the site of the Group Producer 7 www.grupa7.lv. The audience will take place on July 1 at the Riga Film Studio and will be attended by the composer Jānis Lūsēns, the poet Māra Zālīte, the director Paula Plavniece, the producer Aigars Dinsbergs. Not only will the girls' vocal talents be evaluated, but also the personality match with Vallia's image and acting skills abilities. More information on the homepage.

The performance of the concert "Kaupen, my beloved" is composed of "Producer Group 7". The premiere will take place on 15 February at the Cēsis Concert Hall in Vidzeme, followed by concerts in Riga, Aluksne, Rezekne, Jelgava and Liepaja. It will also participate in a new production Juris Bartkevich, Akvelin Līvmane, Catherine Pasternak, Zigurd Neimanis, Annija Putniņšextended instrumentalist composition John Lussen students of the Musical and Jazz Department of the Riga Choir School.

Immediately after the summer solstice, three exclusive concerts focus on their inner world with the 18th Ad Lucem Introverted Art Festival. One of the festival's most favorite artists is the excellent Latvian cockerel Laima Jansone. Every year, Laima charmed Ad Lucem listeners with a new program, and this year, on June 27 at 10:00 a.m. 19.00 Riga Holy See She will perform with a special program at the Church of Peter, together with her own set of Gauls «Austras koks». In the hands of Laima Janson, the ancient Latvian instrument for the cockle came to life with new sounds. Playing with musicians of different genres – from pop and rock to jazz musicians and academics, Laima proved that the ethnographic cocktail party may sound very modern. In this concert, Laima will play along with its own set of cocktails "Austras koks", inviting you to enjoy the sound of pure cockles in a rich sound. In Latvian mythology, the roots of the Austrian tree were associated with the underworld, the trunk with the living world, the foliage of the tree with the celestial world. This force musicians "Austrian Wood" laugh at the chefs and want to pass on to the listeners. Tickets for the Ad Lucem Festival shows are available at the Biļešu serviss sales offices.

For the fifth year at the Dzintari Concert Hall, the most beautiful summer musical event, the "Jurmala Festival", will take place. July 26 For the first time in the Jurmala Festival, the tour of the most famous opera "The Honor of the Farmer" by the Italian composer Pierre Maskanji will be performed. In one of the most beautiful Italian operas along with the world's most famous tenor Aleksandrs Antoņenko on the stage of the Dzintari Concert Hall, the new German mecosófona Denise Uzuna, Alise Zinovyeva, born in Latvia and singing on the world stage, as well as soloists of the National Opera Latvia, Jānis Apeinis and Andžella Goba.

Tickets for the festival shows are available at "Biļešu paradīze".