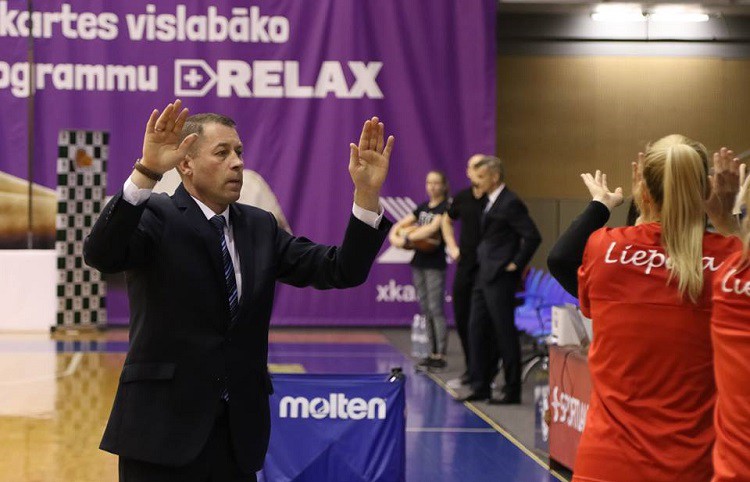 The club's board reports that since November 5, coach of the new "Valga-Valka" will become Mikhail Karpenko, 42, the current coach of Kazakhstan's national basketball team, who began his coaching career in 1997.

In the previous season (2017-2018), Karpenko led the VTB Unity League as head coach of the "Astana" basketball club, and also proved before training Russian and Kazakh clubs.

"Valga-Valka started the season for the basketball team and has to be admitted that former coach A. Misum failed to consolidate the team to fully realize its potential. Of course there are also objective reasons for this because the team was completed relatively late and the preparation time was very short, "said Vents Armands Krauklis, the public manager of the basketball club, to save this season.

Coach Robert Peterson says coaching can break the team and give them a new motivation to win every game: "It's life and basketball – if you do not get results, then something needs to be changed."

Liepājnieks Armands Misus became the main coach of the Valga-Valka club in late August and in the Latvian-Estonian united league tournament were held seven games with the balance 1-6 under his leadership.

Karpenko could make the team debut on Friday, Nov. 9 at noon. 19.00 at Valga Sports Hall, while the Valga-Valka home game will meet with the "Ventspils" unit.