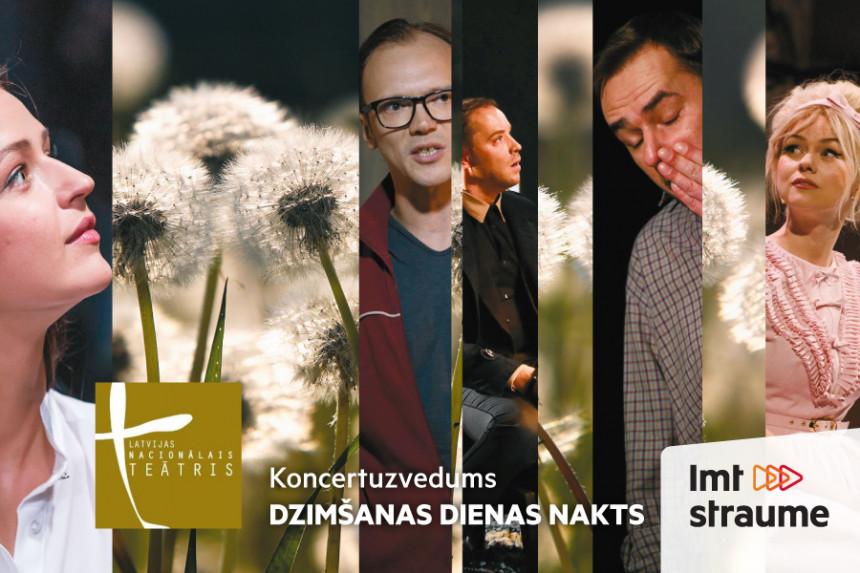 NMA.lv in cooperation with LMT Michelin TV today, on November 18 from. 22.30 live broadcast of the concert of the National Theater of Latvia "Birth of the Night".

The Latvian National Theater is the place where the Latvian state was founded, and the "Birthday of the Night" is a special dedication of the new director of the theater, director Janis Vimbas, to the centenary of Latvia.

The play is composed of four seasons that can be poetically compared to the range of each person's inner sense – from the naive love of spring, joy and enthusiasm, summer romance, maturity and first problems to existential thoughts, speeches, anger and fierce fights in autumn and peaceful life. the heart of the need for warmth and the significant coexistence of winter. Each actor from the National Theater of Latvia is invited to choose a poem or a piece of prose text that most captures the land and nature of Latvia in all four seasons, and share their stories with viewers.