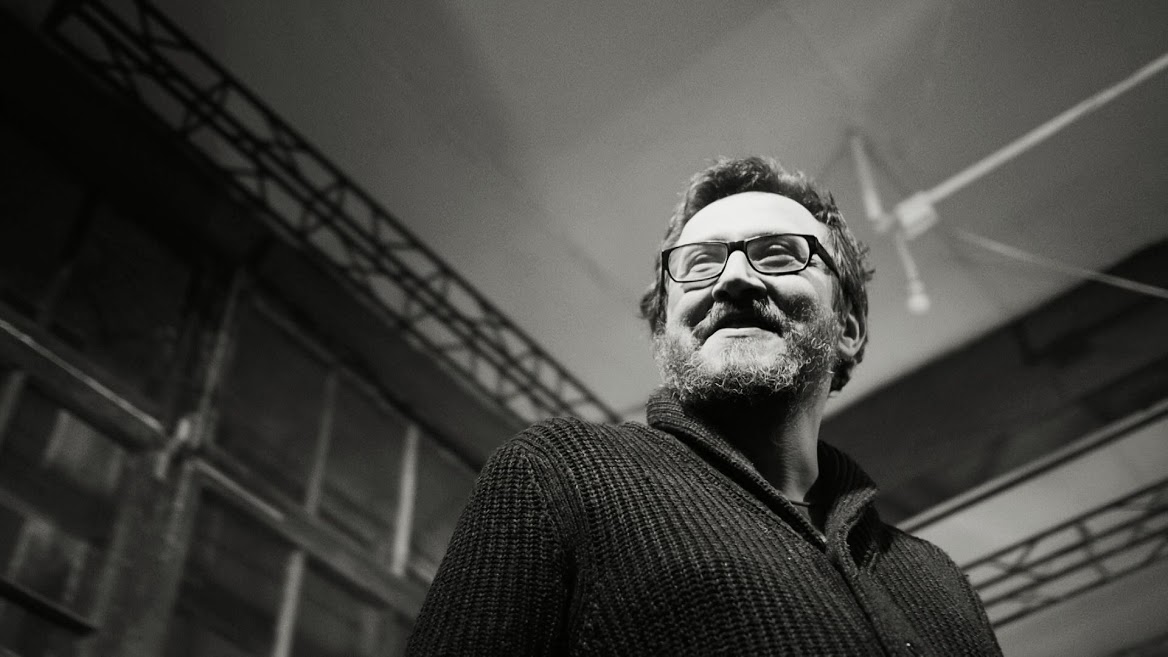 Continuing the cooperation with the association "KatlZ", which in January brought to Riga the show "Who Killed Annu?"

First at 5 pm, Vsevolod Lysovsky's talk is expected, where the director will share his creative experience and will tell about theatrical methods working in non-governmental theaters in Russia, followed by the performance "Silence on the selected theme."

Vsevolod Lysovsky, director, playwright, producer, experimenting with various post-dramatic and avant-garde theatrical techniques, actively participating in Moscow underground art and culture. He worked at Teatr.doc (a theater in Moscow that uses documentary theater, literary techniques) and received the Golden Masks Award in 2014 for the opera Akyn. Created a new Transformator.doc platform in 2017 under Teatr.doc. Duration of the lecture 1 hour. Lecture in Russian with Latvian translation.

No 19.00 Show "Silence in the selected theme". The performance was first performed by director Vsevolod Lysovsky and actor Alexei Judyikov in 2015. Initially the production was planned to be a one-off experiment, but the audience's response was loud enough. The show was created a second time in cooperation with the POST theater in St. Petersburg, where actress Alena Starostin participated.

Vsevolod Lysovsky tells the story: "If you can talk about my artistic method then it is easy. There are several standard elements that make up theater performance. I just remove something from time to time. For example, it is assumed that on stage the artist speaks. I removed this element, and it was discovered that silence is an expressive artistic tool with which to work. Its main activity on the stage is transferred to the public's awareness, which also decides – be it or not. "
The author of the idea is Vsevolod Lysovsky, directed by Dmitry Volkostrelov, played by Alena Starostin. Duration of the show 1 hour. After the presentation on the 2nd floor, there will be a discussion with the creative team.

Teatr.doc is a non-governmental theater in Moscow, founded in 2002. The founders of the theater are the playwrights Elena Gremina and Mikhail Ugarov. The theater title refers to the practice of documentary theater when drama is created using prototypes and events of real people. Teatr.doc is a platform for experiments where a large part of Russia's most active director worked. Ivan Viripayeva (known as "July", played by the Latvian theater audience in Juliet, "Julie.") Was played by Daile Theater in 2008) "The Oxygen" – written by Ivan Viripayev together with the actress Irina Maraculino performs ten rap-style compositions in ten Bible commands (in 2003, the show was also performed at the Homo Novus festival in Riga). In addition, Teatr.doc read the New Drama Festival "Lublimovka" and staged the first presentations of the human rights movement in Russia in the 21st century. In 2014, the Teatr.doc was deprived of space where the theater operates since 2002; In the last four years, the theater has changed its location three times because the Moscow authorities are constantly besieging it. In the spring of 2018, both theatrical creators Elena Gremina and Mikhail Ugarov went to eternity, but Teatr.doc continues to work and work on new projects.

Transformer.doc – Vsevolod Lysovsky In 2017, a free art platform was created for creative ideas, where a number of theater projects were created that were not linked to specific spaces. The manifesto of the newly created stage is to do what contradicts the laws of economic, physical, artistic, and common sense.

POST Theater – In 2011, a non-governmental theater was established in St. Petersburg. Founders – Director Dmitry Volkostrelov and then young graduates of the Russian State Institute of Performing Arts. The theater operates in several rooms – museums, bars, exhibition halls, theater halls, art galleries. The main task of POST theater is to work with the works of contemporary authors, to seek a new contemporary theatrical language, to reflect on contemporary society.

Alena Starostina worked with her teacher Leva Dodina, the director of the St. Petersburg Drama Theater from 2006 to 2010. She left work at the State Theater to work with her associates and Dmitry Volkostrelov at the POST Theater. He has played in performances such as "July" by Ivan Viripayev, "Field" by Pavel Pryjko, "Shoot / Get treasure / Repeat" by Mark Ravelen.