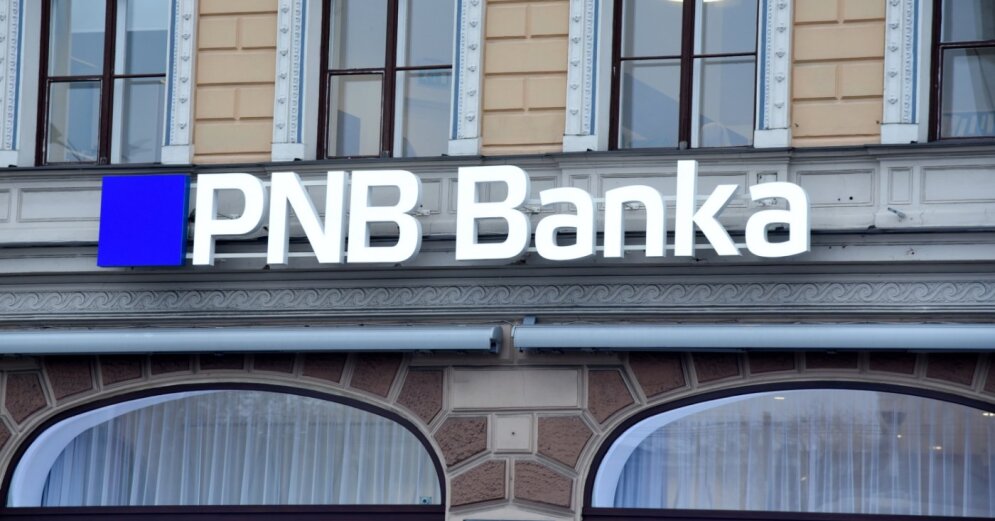 Council of the Financial Market and Capital Market Commission (FCMC) 14.05.2019. decides on the imposition of a fine of 4 260 euros to JSC "PNB banka", because, until the period specified in the Law of Credit Institutions, i. 01.04.2019, had not prepared and submitted to the annual report of the CFG 2018, together with the report of the sworn auditor, and was not published in time.

Under the Credit Institutions Act, the credit institution shall submit the audited annual report to the FCMC within 10 days of receipt of the auditor's report, but no later than 1 April of the year following the reference year and until April 1st.

Several banks this year On April 1, they did not provide the preparation or publication of the audited annual report. The FCMC requested additional information for each bank on the circumstances of non-compliance with the law and assessed each situation individually by applying an appropriate penalty. The process of revising the JSC "PNB banka" took longer because it is organized differently under the supervision of the European Central Bank.

In determining the amount of the fine, circumstances were taken into account that JSC "PNB banka" cooperates with the FCMC by providing all information on the current situation as well as continues to work with the auditors to ensure the preparation and publication of the report annual audited.

For other banks that did not present and publish annual audited accounts within the legal period, penalties were imposed on 04/30/2019.

It should be recalled that the FCMC Board imposed different sanctions on seven banks, both notice and fines ranging from EUR 4 260 to EUR 13 490.

JSC "Rietumu banka" and JSC "Signet Bank" warned that although the banks had received late cooperation from audit firms with which they had a cooperation agreement, they resolved the situation promptly, finding another audit firm and entering into contracts which planned to carry out the planned work within the period established by law. Similarly, banks published unaudited accounts in a timely manner, audits were completed, the infraction corrected and audited annual reports were also made public. In addition, the banks cooperated with the FCMC to explain the situation in detail.

JSC "BlueOrange Bank" and JSC "LPB Bank" imposed a fine of EUR 4 260 while AS Baltic International Bank imposed a fine of EUR 4 793. Although banks, as mentioned above, had received a late refusal of cooperation from audit firms with which they had a cooperation agreement (in one case the contract was terminated but terminated), banks were able to find another audit firm and conclude contracts , this did not happen promptly to comply with the law. Other banks than JSC "Baltic International Bank" have published unaudited annual accounts. All three banks cooperate with the FCMC, providing all the information on the current situation. Banks continue to work to ensure the preparation and publication of audited annual accounts.

PrivatBank has imposed a fine of € 9,585. This bank did not initiate negotiations with the auditors and reached an agreement. The Bank published unaudited annual reports at the request of the FCMC. The audit was not completed and the audited accounts were not published (02.05.2019). The Bank cooperates with the FCMC by providing information on the current situation.

JSC "Meridian Trade Bank" imposed a fine of EUR 13 490. The Bank recently concluded a contract and the audit was initiated. This bank repeated this type of violation – on October 16, 2018, the FCMC Board decided to impose a fine of € 14,200 for failing to file and not published the audited annual report for 2017. The Bank cooperates with the FCMC by providing up-to-date information on the situation regarding the preparation and publication of the audited annual report.

"In assessing the individual situation of each bank, two important circumstances have been taken into account. In particular, the audit industry in Latvia has undergone significant changes over the past year and there are some signs of disorder – auditors can make radical decisions refusing cooperation in last minute or by violating the timing of audits. The package is related to the area of ​​financial crime prevention, for which greater attention has now resulted in a much greater burden of responsibility for banks and auditors of their accounts, so the cooperation this year has been much more complicated. At the same time, it is necessary to address the identified issues in the audit sector at the national level, "said Pētersnins, president of FCMC.