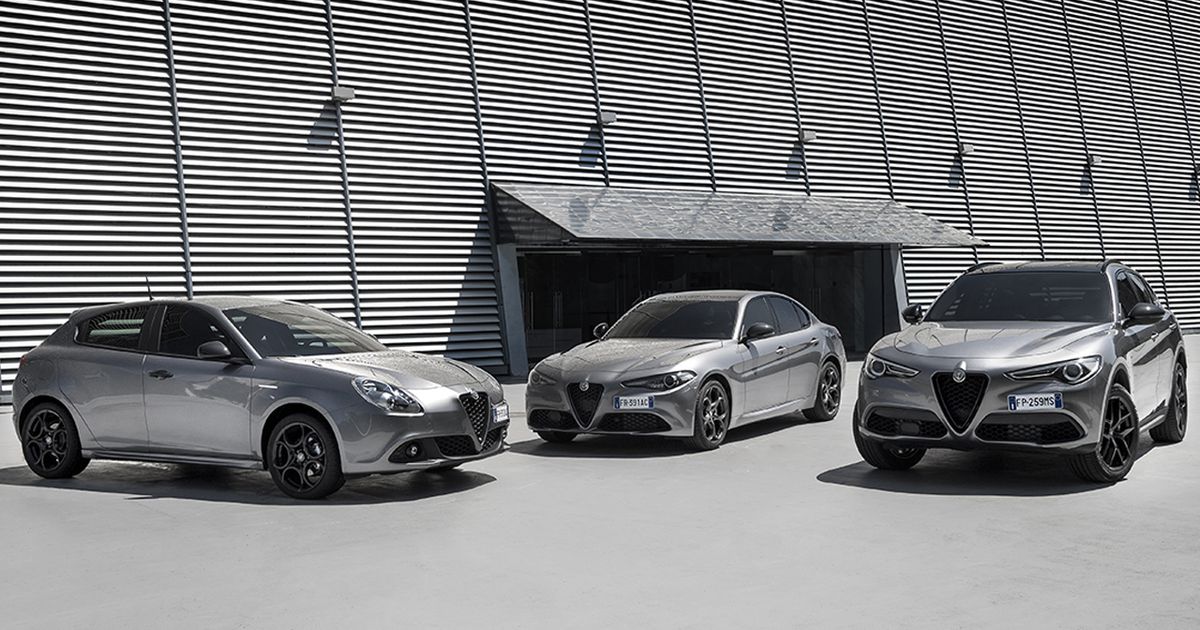 For this reason, the range of cars is different. Unique logos decorate both the city hatchback and commercial vans and pickups. With others – just a particularly luxurious sedan or an off-road vehicle. The Alfa Romeo's most popular models are the extremely fast and sporty Giulia sports sedan, and the Giulietta is a compact hatchback.

Alfa Romeo never focused on mass production that would fit into every segment of the market. However, every day there is a growing group of customers who appreciate the features of these branded cars – history, design, sportsmanship, Formula 1 team. This group is growing regularly, with drivers coming from other cars to experience Alfa Romeo every day and to be enchanted with these Italian models, "says Karla Pabrz, Alfa Romeo sales representative.

The principle has not changed for 100 years

Alfa Romeo currently produces three models: the Giulietta hatchback, the Giulia sedan and the Stelvio crossover, but with some other models – sedans and crossovers – we will be introduced to the next year's lacquer. Many competitors in the premium segment of Alfa Romeo produce dozens of cars – the same models have different body types, different lengths of wheelbase, but Italians do not. The reasons for this are only 100 years ago when the history of this manufacturer has just begun.

Alfa Romeo's cars do not mix with others – their shape, lights and wheels are different from most. "To fill all the market niches, this principle must be sacrificed. car and adjust the operation of each mechanism properly, it is necessary to perform many tests under different conditions.It is not possible to perform exhaustive tests when producing one model after another.Even the characteristics of the sedan and universal control are different due to the distribution of weight and different aerodynamics, "says K. Pabērzs.

This is best illustrated by the results. "Alfa Romeo Giulia Quadrifoglio" is the fastest sedan in the Nürburgring Nordsleif (one of the rings was defeated in 7min 32s) and "Stelvio Quadrifoglio" – the fastest SUV (7min 51.7s). The Alfa Romeo sedan at the Nürburgring showed a better lap time than models such as the Porsche Carrera GT or the Ferrari 458 Italia, but the Italian SUV outperformed the Lamborghini Gallardo LP 560-4 and the Aston Martin V12 Vantage S.

If Alfa Romeo introduces the universal, its first goal will be the same: to become the fastest universal at the Nürburgring. The same goal will be for the new hatchback and compact SUV.

Alfa Romeo's range of cars after a long break earlier this decade was full of news. The presented Giulia sedan marked a return to the traditional components – the front of the engine and the rear wheel drive.

Electric sports models are differentiated by other features – they are faster, but the center of gravity can be concentrated at the very end of the car. Today there are already several electric racing events, but the RX World World Championship is planned to take place only after 2021, so Alfa Romeo is also taking action in that direction.

The small crossover is expected to be Alfa Romeo's first all-electric hybrid, but by 2020 a completely new classic hatchback is also planned.

Alfa Romeo's 4C and 8C sports coupes are also being prepared for offspring. The GTV with a hybrid platform will reach more than 600 hp and should be similar to the Giulia coupé. The rear sports wheels of the follower 8C will be powered by a gasoline engine, while the total power of the front – electric system will be over 700 hp. These are cars that will only be featured after several years, but some parts are being tried now and are being made for their debut, Nürburgring records and high reliability tests.