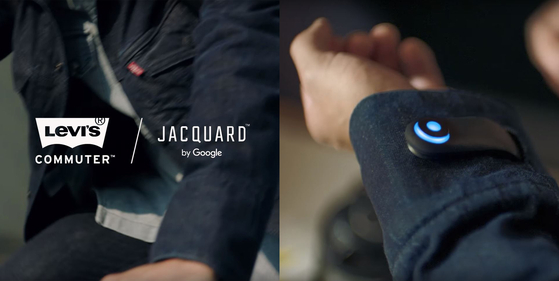 Clothing is also growing in you. The Levis clothing brand collaborated with Google to launch a high-tech jacket. The coat has a variety of functions, but if you just sweep the collar, you can change the song being played. [사진 유튜브 영상 캡처]

Clothing such as clothes and socks we are using has evolved recently to combine with IT technology to check the health status of the elderly and help them in emergency situations. Ralph Lauren and Levi's have entered the smart clothing market. In May 2017, Levi's launched a "Commuter Trucker Jacket" touch with Google. The smart clothing market is expected to grow at a CAGR of 48% from 2016 to 2021.

Sportswear from Sensoria that reduces the risk of heart disease 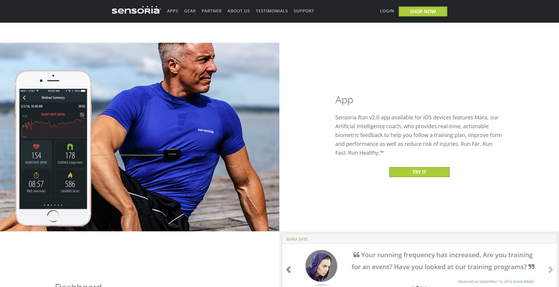 Sensoryia's clothing is equipped with a heart rate sensor that can quickly send messages to medical staff in case of a heart attack. [사진 센소리아 홈페이지 캡처]

In 2015, the smart clothes developed by Sensoryia have a small machine, the Heart Rate Monitor, attached to clothes. It is a monitor that collects personal information from exercises, such as the heart rate of smart clothes, through Bluetooth, which can be used for 8 months without battery charge. It is tied to the mobile app so you can check the status of the individual's movement. Through this exercise, I can exercise my own health while I am exercising alone and present the user with an adequate amount of exercise as a trainer.

The distinction between intelligent sensory clothing is that it can prevent heart attacks during exercise or during everyday life. For example, when a heart attack occurs during exercise, when your heart rate fluctuates irregularly, smart clothing sends a notification message to your smartphone through a monitoring device. And if there is an abnormality in the heart rate, the GPS function incorporated in the monitoring device will provide position information to the medical staff or the family. Today, these machines and clothing sell for about $ 129, which means they are loved not only by active seniors, but also by youngsters who like to work out.

Diabetes is the most common chronic disease of the elderly. As of 2017, one in four elderly people aged 65 or older in Korea has diabetes and is the fifth leading cause of death among the elderly. If a diabetic patient does not handle the foot well, a foot ulcer (ulceration) or a caries (necrosis) may occur, which can cause a diabetic foot ulcer. In severe cases, it can lead to limb amputation and prevention is very important. 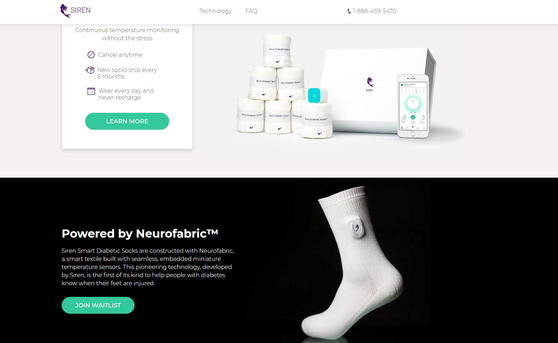 There is a company that has developed socks that prevent diabetic foot ulcers by measuring foot temperature. It's a siren. Siren's Neurofabric is the world's first micro-sensor to be woven into fabrics. A virtually invisible sensor monitors temperature changes on the sole. It detects the temperature change of six foot parts and sends to smartphone with Bluetooth and wireless message "I have an ulcer in the foot, so I should see a doctor."

In other words, it is a product designed to provide an early response, informing the patient about the initial state of the foot ulcer in diabetic patients. Siren smart diabetic socks are stylish, washable and do not require a separate fee, and are sold for about $ 20 per set. These socks need to be replaced every six months because they can take a long time to wear, deform or puncture your feet.

Senior blood circulation is often poor due to aging of the blood vessels. Then swelling of the legs, swelling of the legs will occur. Lower limb edema is a disease that affects 70% of the elderly over 65 years. If this is not prevented in advance, several complications will be experienced. Ometex, a smart textile company in Denmark, has developed anti-bloating pants. In 2016, the company was able to develop prototypes, and today the medical team is continually developing telemedicine products that can manage patients with leg edema. 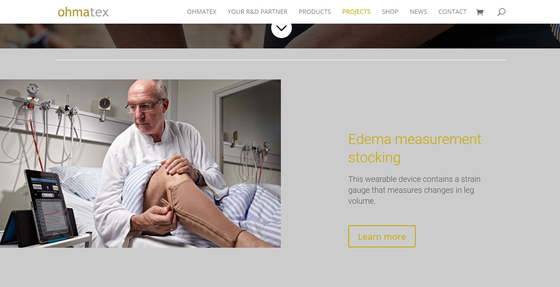 Omatex developed a sock that prevents edema of the lower extremities. You can monitor your leg condition in real time using a conductor wire. [사진 오마텍스 홈페이지 캡처]

In this sock, I used a conductor wire that can measure the tension of a very small body, not just simple fibers. The wire monitor monitors in real time when legs and feet are swollen, and reports related information via Bluetooth on the smartphone or smart pad in real time. The recorded data is automatically transferred to the hospital via the user's email.

Because lower limb edema is caused by a variety of causes, such as kidney and liver disease, early diagnosis and treatment using Omatex smart language prevention socks will significantly affect the quality of life of the elderly.

The smart clothing mentioned above is applied to the clothing of existing ICT technology in order to cope with the increased health interest of the elderly and the risk of the onset. Especially active active seniors will increase, and senior health clothing will bring new changes to the wearable market based on band and watch. The age of aging, the evolution of senior business is still in progress. 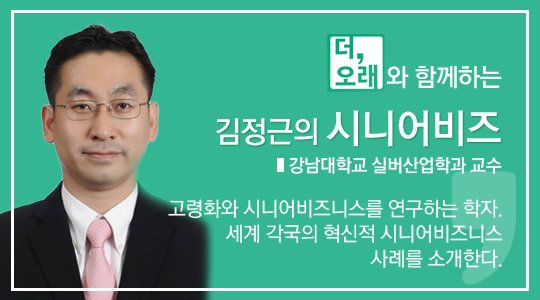