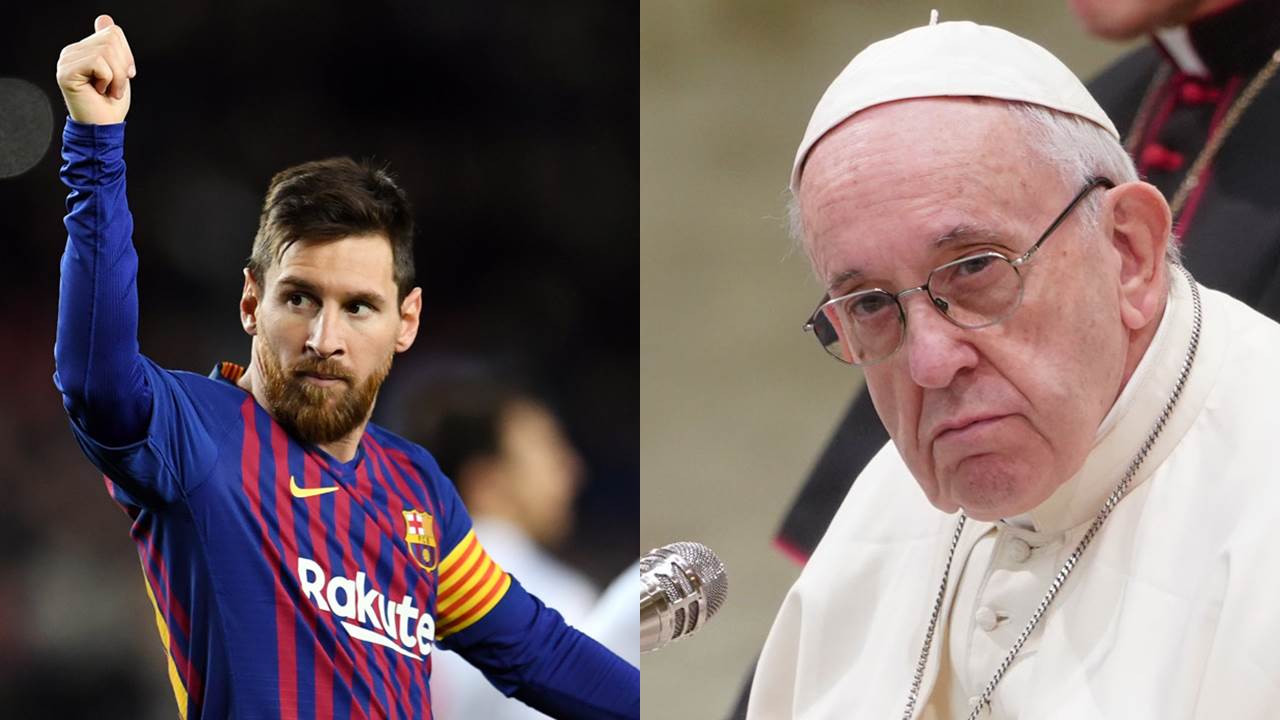 Football star Lionel Messi has called & # 39; God Messi & # 39; with his excellent skills in football. Is it really a blasphemy to call Messi from God? Pope Franciscus answered the question directly.

On the first day of the local time, Francis said in an interview with the Spanish TV star LASEK that "Messiah is called" God "is" blasphemy "?" Theoretically, blasphemy is right. "However, I replied," I do not believe or say that (Messi is God), but I think it's an expression that the public demands respect. "

"Only God is the object of worship," the pope said. "It's a joy to see Messi's departure, but he's not God."

Messi is reigned as God of Football, dubbed "D10S," which combines "GOD" (GOD), which means god in Spanish and his number 10. In many Internet communities, you can easily find images that seem to match the face of Messi with sanctification.

The Argentine pope, messianic in style, is famous for his enthusiastic football fans. Francis Pope met Messi and Argentina in 2013 when they visited the Vatican. He also joined the local football fan club during his time as a cardinal.

It is "news choice".