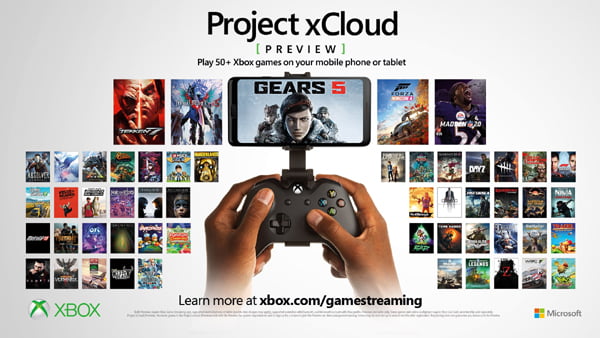 Microsoft has released several new exclusive titles and future plans for its services, including Project xCloud and the Xbox Game Pass, in a special X019 episode of its Inside Xbox streaming.

In addition, 2020 PC (Windows 10) support news has also been announced. By 2020, XCloud technology will be available on PCs as well as currently supported smartphones and tablets. In addition to Xbox One control, the company plans to support more Bluetooth controllers, such as Sony's DUALSHOCK 4 and Razer gamepads, and the Xbox GamePass service is also available.

Kareem Choudhry, Microsoft's vice president of cloud gaming, said: "Last month's pilot service in Korea, the United States and the United Kingdom has been very helpful in creating a cloud gaming experience." "We plan to expand our services to various markets in Canada, India, Japan and Western Europe."

Microsoft has announced eight new titles, including "Age of Empires 2: Definitive Edition", "Age of Wonders: Planetfall" and Lego: Ninja Movie Movie Video Game. Announced that it is playable. More than 50 games will be added from the end of the year until the end of 2020, including the Final Fantasy franchise, Tekken 7, Dark Sides 3 and Minecraft Dungeon.