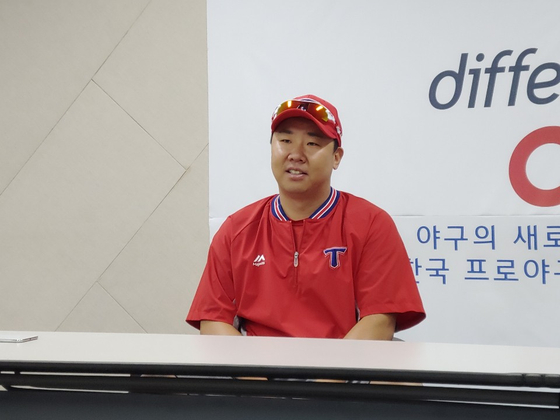 "I was a regular player, and I do not want to be brilliant in the end, so I'm tired, hahaha."

Lee Bum-ho (38, KIA Tigers) was modest until the end. Lee Bum-ho, who played in the KBO League in 1995, will play five matches and complete 2000 games and then retire from the Hanwha Eagles in Gwangju on the 13th of next month.

Lee Bum-ho, who met at Kwangju-Kia Champions Field on the 19th, asked if he would regret the announcement of his retirement if he hit home and hit the five remaining games. He laughed and said, "I will not do it very well, but I hope to leave it alone, but my fans can do it, I'm only going to hit a hit or two." It was the answer that Lee's original joke was dissolved.

Lee Bum-ho was worried about his retirement when he could not enter the opening ceremony on March 23. I was not able to make a good body by returning in the middle of a tendon injury in the spring field. Except in April, I stayed in Hampyeong, Jeollanam-do, where is the 2nd military training center. "I thought I'd stop playing baseball if it was not competitive," he said. "I think I can play for more than a year," Park-ho-ho (24), who is well-versed in defense, defense and defense, kept his third base, and Lee Bum-ho was relieved to leave.

Lee Bum – ho was surprised to learn that he spent 20 years in the interview. He said: "I thought I would not be able to get into the professional world." I was so impressed that Hanwha was named in the first round in the second rookie nomination, and he said his records were not great.

However, Lee Bum-ho's record is excellent. Lee Bum-ho, who graduated from Daegu and joined Hanwha in 2000, was recognized as a consistent third base. In 2009, Kim Tae-gyun (37, Hanhwa) and the national team contributed to the World Baseball League (WBC) runner-up. After joining SoftBank in Japan in 2010, he returned to KBO League in a year and signed with KIA. Since then, KIA's third domestic base has contributed to the title of the Korean series of 2017. So far, it has reached .271, 329 homers and 1125 RBIs in 1995. 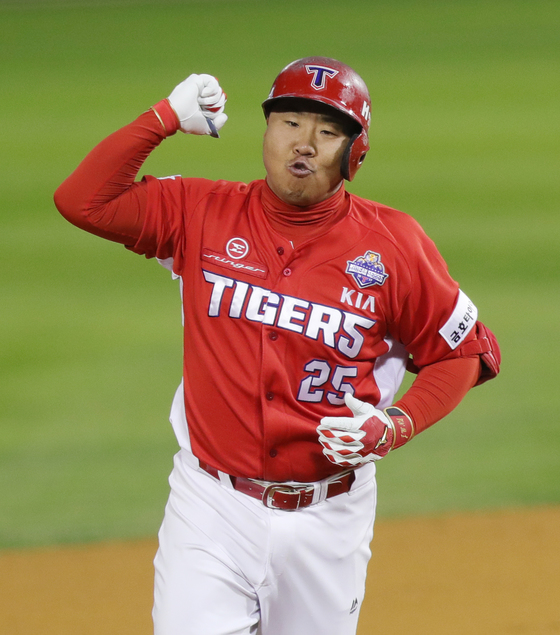 In the Korean series Doosan Bears – KIA Tigers of 2017, KIA Lee Bum-ho is greeted as he collides with the southpaw in the second and third round. Reporter Yang Gwang-sam

In particular, there is no record of the masterpieces. He has 17 homeruns in his personal career and is ranked number one in this category. Second in the history of the past 12, Chung Jeong-su (retired) is. Of the active players, Kang Min-ho (Samsung Lions) and Choi Jung (SK Wyverns) are the best players. In fact, it is not easy to get past the leopard by adding seven more bleachers. Lee Bum-ho has a home run in the postseason. On October 30, 2017, when KIA won the Korean Series title, it was recorded in the fifth game of the Korea Series with Doosan Bears.

Lee Bumho was also modest in Man-leo's record. He said, "I was not a big player with many home runs, but when the media and fans talked about the grand slam, I was confident in the situation. I turned to the bat and said," I thought I was going to hit a home run when I went to the Grand Stadium. "

Kia Park coach Heung-sik said: "I played five club matches for the retirement game and gave me a chance to set a record for 2000. Lee Bum-ho did not play in Hampyeong but continued training. that ". Lee Bum-ho said: "I do not know if there is a lot of difference in the score. I'm sorry for being used in such an important game." Anyway, I'll do my best for the next five games. "I think it will take about 10 to 15 days for entry to attend," he said.

Lee Bum-ho plans to follow the leadership process. I go to Japan in September and study, and next year I'm thinking about training for about a year in the USA. "We need to check whether the knowledge we gain in athletic life is correct," he said. "I think we can learn and communicate a lot with younger players with a more flexible mindset." 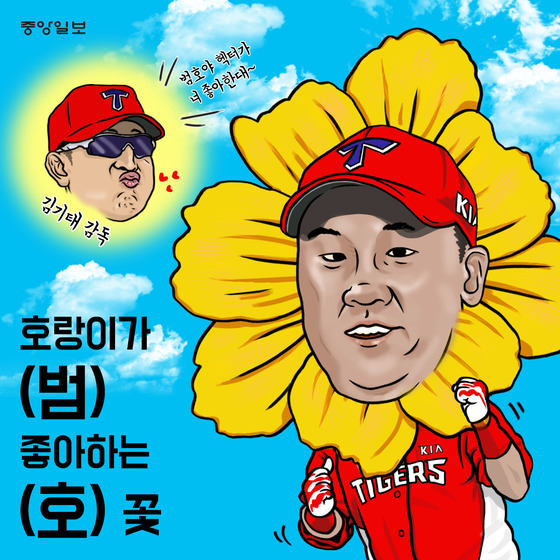 & # 39; Flower bush & # 39 ;. Players who do not appear well on the charts but often appear in the featured program are Lee Bum-ho, who pushes them from behind instead of leading their teammates in front of them. So the fans called it a beautiful "flower brooch" rather than flowers. Lee Bumho tried to avoid this nickname, but now he is not. He said, "As a baseball player, I'll be at the baseball game and I'll be with you forever."