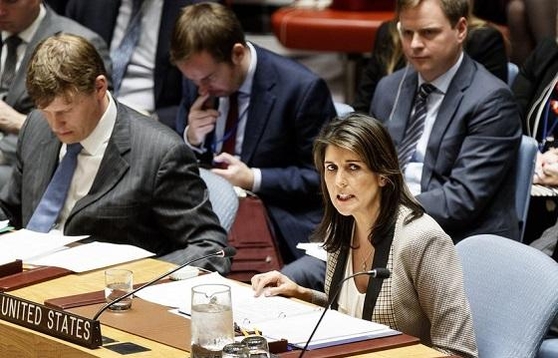 Former United Nations ambassador to the United Nations Nicky Hailey said US President Donald Trump used his "crazy strategy" in negotiations with North Korea in 2017.
In his memoirs, "With all due respect," Hailey said in a memo published Thursday, "Trump told North Korea that all options (including military response) are on the table." "He also instructed President Trump to" make North Korea drive me crazy. "

In 2017, Kim Jong-un's war with the Secretary-General of North Korea was a strategy completely planned by President Trump. At that time, President Trump raised tensions in the Korean peninsula using expressions such as "flame and anger" and "complete destruction."

The madman's strategy is to induce him to negotiate in a way that recognizes him as a mad person, a concept conceived by Secretary of State Henry Kissinger under Richard Nixon.

Haley said, "President Trump's provocative comments have been criticized, but for me, it really helped me with the" higher pressure "strategy." And the North Korean leadership has managed to bring sanctions to serious negotiations, pushing for sanctions "until it bleeds."

Hailey also revealed Trump's China-Russia diplomatic negotiations. "The fall of the Kim Jong-un regime will lead to the massive escape of the North Koreans and the influx of China." As for Russia, "we first agree with China and then we press Russia to` `join only Russia with the Kim Jong-un regime to become an international bully." Described as approved.

North Korea launched the "Mars 15" intercontinental ballistic missile in November 2017, and the UN Security Council unanimously resolved the strongest sanctions against North Korea in December of that year.

Hailey also exposed the human rights situation in North Korea. "Kim Jong-un strengthened his power by pursuing his statics, including his family," Kim said. "More than 300 people were executed in the first six years of power." "North Korea criticizes the system or reads forbidden books or media to be sent to concentration camps, tortured, starved and worked to death." Are you there ".