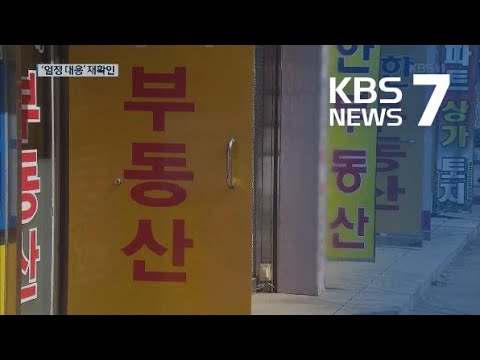 Although the government has announced a ceiling on the sale of private apartments, apartment prices are not rising.
In particular, some areas, such as Busan, which have been removed from the area under adjustment, are in motion.
The government has clarified its willingness to stabilize the market once again by continuing to conduct on-site research, seeking sources of funds by the end of this year and actively analyzing the addition of boundary areas.
Reporter Park Ye-won reports.
[리포트]Today's real estate market inspection meeting was held by the first deputy minister of the Ministry of Strategy and Finance, Kim Dae-bum, with all related agencies, including the Ministry of Land, Infrastructure and Finance, and the Seoul Metropolitan Government.
At the meeting, Kim said she will continue joint field research with related ministries since last month.
We will closely review the financing plan and discover alleged donations, loans and suspected illegal resale.
We also reaffirm our strict countermeasures, including immediate notification to the IRS.
Interim conclusions in this regard will be announced later this month.
At the same time, the government decided to regularly hold the “Real Estate Market Inspection Meeting” held at irregular intervals and to expand the number of participants.
Kim also emphasized that if the housing market shows signs of overheating or agitation, he will not hesitate to implement the necessary policies, such as revising the additional presale limit designation.
He also said he will continue to pursue housing supply policies, such as the 300,000 plan for the Seoul metropolitan region and the expansion of public rental housing for construction.
When housing prices show signs of instability in some areas, this is interpreted as a government emphasis on the basic policy of strict response to market stability.
This is KBS News.