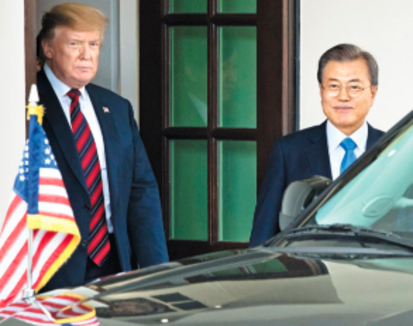 US President George W. Bush received a message from President Donald Trump to hand over to North Korean leader Kim Jong-un (CNN) on CNN.
CNN quoted a South Korean diplomatic official as saying, "President Moon has Trump's message to President Kim." This message has important implications for the current course of action and will lead to a positive situation for the US summit. "He said.

President Moon said: "We plan to follow the inter-Korean summit shortly after the Korean-American summit."