On the 14th, China invited foreign diplomats and reporters to unveil the Mars landing module test. The experiment, led by the Port of China National Authority (CNSA), took place in Huai Lai, Hebei Province, about an hour and a half north of Beijing.

This is the first time China has presented the space technology testing landscape internationally. The CNSA said in a statement: "This event was the first public announcement of China's mission to explore Mars and is an important step for China to undertake international space exchange and cooperation."

A landing simulator getting ready to test. There are obstacles that mimic Martian strokes. © CGTN

More than 70 people from 19 countries participated in the experiment, including major ambassadors from France, Italy and Brazil, as well as major foreign journalists such as CNN, AP and Reuters. This large-scale public event was held to foster China's confidence in space operations and international cooperation in the future development of space.

Changsha Gian CNSA said in a speech: "China has officially launched the Mars Exploration Mission in 2016, and all development work is underway." Hover tests and obstacles to the current landings of Mars are being developed. It is an important part of the process. China's first exploration of Mars will begin in 2020 as scheduled. "

According to CASC, one of the main operators of the Chinese space program, the landing simulator has successfully conducted an experiment to avoid ground obstacles in an environment that reproduces the weaker gravity of Mars. The refrigerator-sized car, suspended by 36 steel cables, climbed 140 meters above the ground and stopped at a height of 1 meter after hovering. In this process, the propulsion burner can change the descent course on its own.

The spacecraft successfully landed the hover tests, avoid obstacles and slow down. © CGTN

The only country that could land Mars was the United States.

The countries that have tried to land Mars so far are the Soviet Union, the United States, and the European Union. The Soviets, who first tried to land on Mars, tried to land several times, but all failed. In 1971 Soviet Mars 3 appeared to be the first to land successfully on Mars, but communication was lost shortly after landing.

The United States made eight successful landing attempts, starting with Viking 1 in 1976 and currently has Curiosity Rover and Insight geological probes on the surface of Mars.

The European Union failed due to an unknown landing attempt by Beagle 2 in 2003 and in 2016 lander Skiparelli attempted to land on Mars but crashed to the surface of Mars due to an altitude sensor defect.

In addition, the US, the Soviet Union, the European Union and India were able to send the spacecraft to Mars. The Nozomi spacecraft, launched by Japan in 1998, did not reach Mars orbit, and China sent a small spacecraft called Ingung No. 1, along with Russia's Phobos-Grunt spacecraft in 2011, but crashed to Earth. 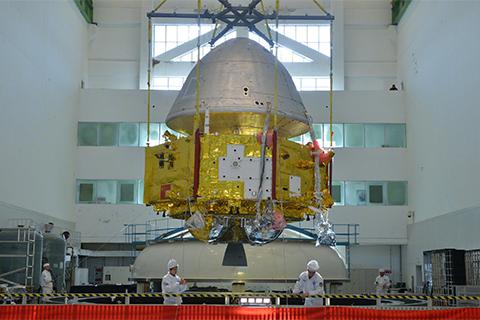 2020 is the year to go to Mars every two years. At the same time, the United States, the European Union and China are preparing to send landings to Mars, which will be launched between mid-July and early August next year.

NASA plans to send the Mars 2020 spacecraft to Mars as a follow-up to Curiosity. The MAS 2020 weighs 1050 kg and is the largest explorer vehicle of all time. Landing at the same time as Mars arrived in February 2021, the accompanying little drone will fly on the first flight from Mars.

The European Space Agency (ESA), which suffered from Skiaparelli's failure to land, sends the ExoMars 2020 spacecraft back to Mars. This time, in cooperation with Russia, the company is developing a lander (828kg) and a rover (320kg). Exomas 2020 is due to land in March 2021, after Mars 2020.

The Mars spacecraft, which is under development in China, was temporarily called Huoxing-1 (HX-1). It consists of a lander and a rover, and the solar cell powered rover weighs 240 kg. It arrived on Mars in February 2021, but orbits the satellite first. The landing will be attempted around April.