Benedict says “wars in Brazil may be different from usual” 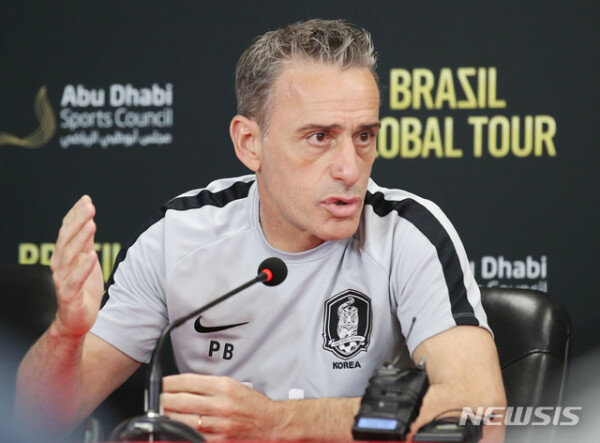 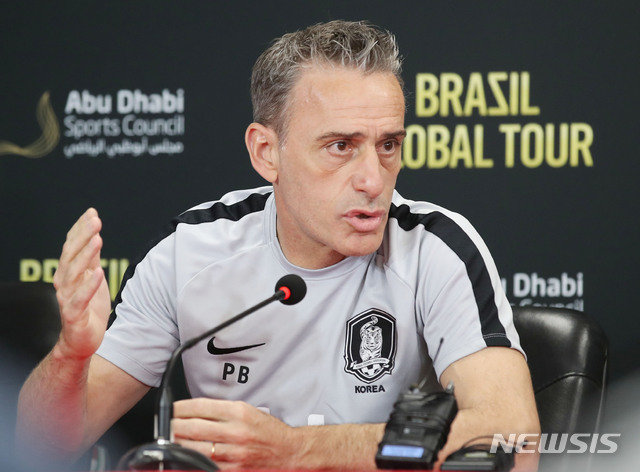 Paulo Bento's soccer team took a cautious attitude in the next game against Brazil as "the toughest opponent we have ever met".

Korea and Brazil face each other in the same spot on the 19th. The match against Brazil, which occupies the third place in the FIFA ranking and is a permanent candidate for any competition, is a rare opportunity.

Korea are 1-4 in Brazil's five A games so far. The only memory of the victory was 1-0 with Kim Do-hoon, current coach of Hyundai Ulsan Hyundai's final goal, on March 28, 1999.
Brazil have not won a game of three draws and two defeats in five games since winning the Copa America. The pace is a little slow, but it is a tough opponent. Bento said: “Brazil is a global team that is difficult to deal with at any time and in any situation. There is no doubt about it. “It's great in terms of individual skills, abilities, abilities, physique and speed. You need to be good and focused all the time to get the results you want. "

Bentu, who had dominated football in the past, suggested the possibility of a slightly different style in Brazil.

“I play against the best team in the world. "We can do whatever we want when dealing with Asian teams, but we are prepared for the idea that something else can happen tomorrow," said Bento.

“It will be a different race than usual. It will be very different from what we have been doing recently, ”said Bentu.

Bentu said: “We must have the same expectations, attitudes and preparations, whether in Brazil or in any country. Otherwise, it's clearly a problem, "he said." I think I should prepare well and play well. "

He also mentioned Chichi, who leads the Brazilian soccer team. Chichi, who beat the Brazilian baton in June 2016 and won the Copa America championship, recently narrowed his position due to a slow pre-assessment.

“I had a chance to talk to Chichi when I was in Brazil for a short time. Already at that time he was in charge of Brazil. I had a good relationship with me.

Bento said: “18-19 of the 20 Brazilian Premier League teams change coaches during the season. Respect for the director is hard to find right now, but Chichi will solve it well, ”he said. But Brazilians seem to ignore this and talk about it. "