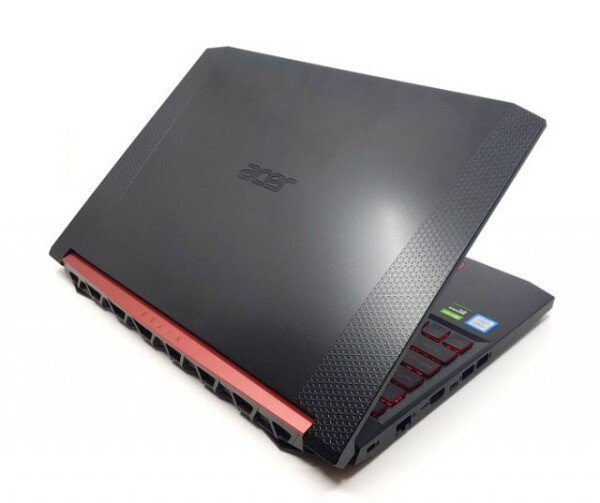 Now it's natural to enjoy the latest games with laptops. This is due to the active development of parts for notebooks that do not fall far short of desktops. While old notebooks did not have the ability to drive the game and the price was unreasonable compared to desktops, the latest gaming notepads were optimized for performance as well as design and additional gaming. And as competition between companies got worse, prices fell to a level they could understand. 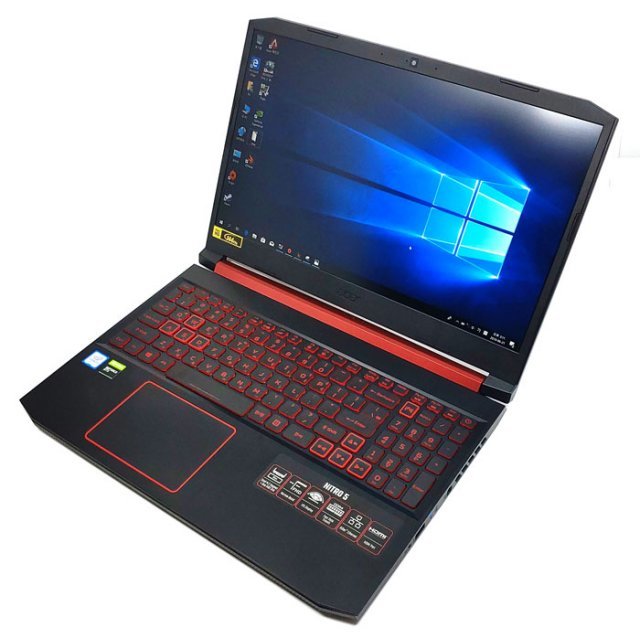 The Nitro 5 series AN515-54 from Acer is also on the same line. It features several high-performance components, including the latest Intel processor, the 9th generation core, a 144 gigahertz screen with a wide viewing angle and a sensational design, one million games for notebooks with many recent gaming preferences . Let's see if it works. 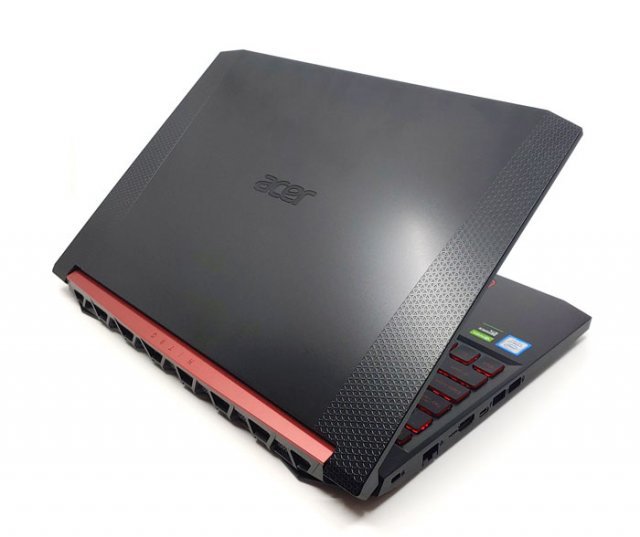 The Acer Nitro 5 AN515 series is split into AN515-54 with Intel's 9th generation core, AN515-52 with 8th generation core and AN515-42 with the AMD Risen series. The processor is different, but the external design is almost the same. Although expensive materials such as aluminum or magnesium alloy are rarely used, based on the dark black body, the red line and keypad backlight have been placed everywhere to improve visual satisfaction and it is notable that the triangular pattern was applied on both sides of the top plate. There is a sign that I tried to show my own luxury while suppressing the price increase. However, since the product weight is 2.2 kg and the thickness is 25.9 mm, it is a little heavier. The included power adapter is also heavy. 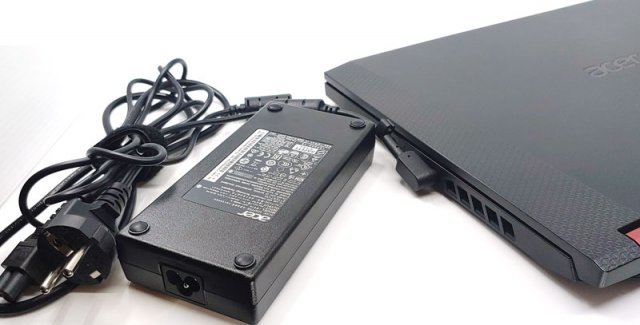 The mounted screen is 15.6 inches (39.6 cm) diagonal in length and has full HD resolution of 1920 x 1080. Unlike the TN panel of the entry level notebook, it is a standard IPS wide viewing angle panel. And it supports 144Hz (image conversion per second) refresh rate higher than the general screen monitor (60Hz), such as gaming laptops, minimizes post-image and displays a 3ms fast response time for the IPS panel. At the top of the screen is a high-definition camera and built-in microphone for easy video chatting. 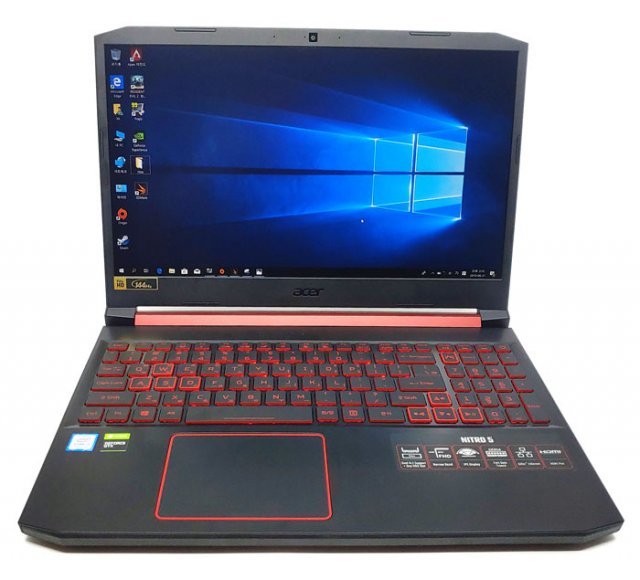 The keyboard is notebook type, but it is deeply pressed and repulsive. And a small notebook also has a numeric keypad on the right, which is usually deleted, so you do not have to use a separate keyboard. The backlight of the built-in keyboard (red) is useful when working in the dark and also helps to create a cute gaming notebook.

The side interface configuration is fine. It has three general USB ports and one USB Type C port, all compatible with the USB 3.1 Gen1 (3.0) specification, except for one of these general (2.0) USB ports. In the case of the USB type C port, the utilization rate is increasing mainly on mobile devices. Unlike the USB type C port on high-end laptops, it does not support Thunderbolt technology, which supports high-speed data transfer, so it does not support the ability to connect an external graphics card or output monitor output via of a conversion device.

Right side of the product (source = TI Donga)

Left side of product (source = IT East)

Other features include an HDMI port for connection to an external monitor or TV, a LAN port for wired Internet connection and an audio port for audio input and output. Because the HDMI port supports the 2.0 specification, it can produce 4K UHD (60Hz) resolution images without problems, and the LAN port supports gigabit (1Gbps). In addition, the Killer Ethernet E2500 and the Intel AC9560 wireless LAN with built-in data rate are expected to provide online games with minimal rack space. However, unexpectedly, there is no memory card reader, such as an SD card slot. It seems to have concentrated on using it as a game and not as a business.

It incorporates the latest gaming specs, including the 9th generation Intel Core processor

It is an internal specification that attracts the look on appearance. The Acer Nitro 5 AN515-54-78TZ model used in this review features the latest generation of processors announced in April this year, the 9th generation of the Intel Core i7-9750H (codenamed Coffee Lake-H). It has six CPU cores and supports a total of 12 threads (logical cores) in the operating system, with support for hyperthreading, a technique that logically scales a single physical core logically to double the total number of cores. Processor 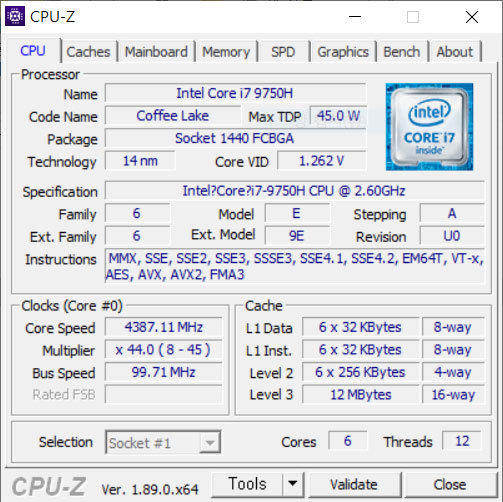 The base clock (operating speed) is 2.6 GHz, but also supports the turbo boost, which increases the clock instantly to 4.5 GHz in high performance situations. Among the most popular notebook processors sold in the market, the best performance is expected to be a perfect game. The GeForce GTX 1660Ti (6GB), which is a high-end GPU (graphics card core chip), is also included here. 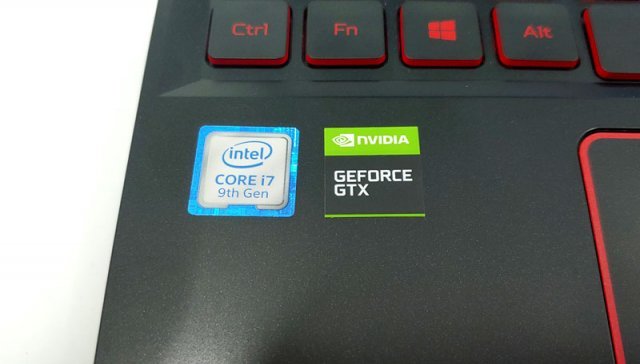 Scalability is also good. The Nitro 5 AN515-54-78TZ has two DDR4 system memory slots, one of which comes with 8 GB of memory. If you want to run a larger program more smoothly, you can upgrade it by inserting a separate memory into the remaining slot (up to a total of 32 GB).

Hand-held loudspeakers that describe the product characteristics (Source: IT Donga)

In the case of storage devices, the standard 256GB M.2 SSD is basically installed. It is based on NVMe, which has a faster data transfer rate than the general SATA based SSD. And since there's an extra M.2 slot and a SATA slot, you can expand the storage capacity by adding standard 2.5-inch M.2 or SATA SSDs or HDDs here. Upgrading to the notebook is easy.

What is the performance of the game drive and the battery efficiency that I actually experiment with?

So what's the most important gaming performance as a gaming laptop? For the 3DMark test, which can measure the system's ability to drive the game, 13,100 Fire Strike items and 5,578 Time Spy items have been released. This level of performance will allow most games on the market to run smoothly with Full HD resolution. 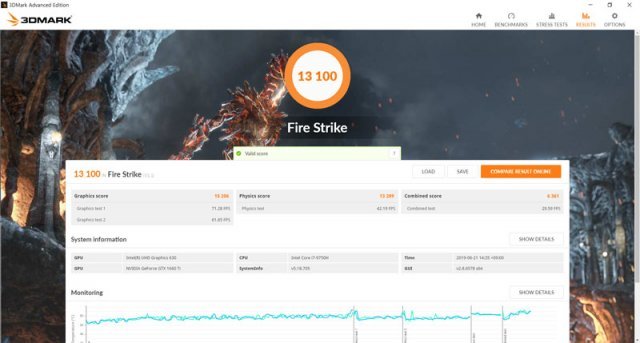 I actually played the game and tried the performance. Generally, the screen resolution is 1920 x 1080 and the graphic quality option is & high; If you keep about 30 frames per second on average, you can play without problems. If you have more than 60 frames, you can enjoy the game very comfortably. 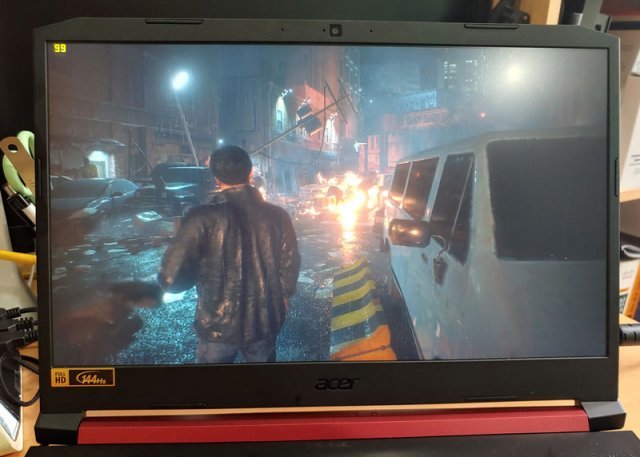 First of all, I played the game of FPS & Apex Legend & # 39; and I played 20 minutes, he was able to play very well with an average of 120 ~ 140 frames per second. And for the horror action game Resident Evil (RE2), it was also able to advance at around 100 frames per second on average. It has a good performance in games that goes far beyond some desktops. 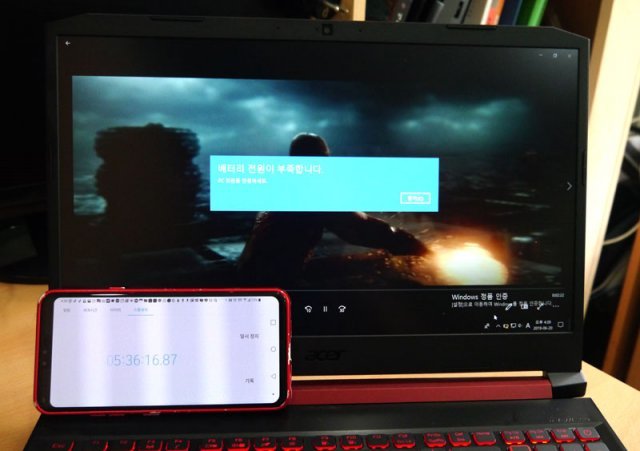 While it is a gaming notebook that looks for high performance rather than energy efficiency, the battery's downtime is not all that bad. I configured the Windows 10 power management policy to an initial state and loaded up to 100% of the remaining battery power, and started running Full HD movies continuously. After about 5 hours and 30 minutes, I noticed that the remaining battery warning message (5%) appears. However, when you run the BioHasd 2 game, the remaining battery warning will appear after about 1 hour and 30 minutes. The energy efficiency of the notebook itself is not bad, but it is inevitable that power consumption will increase in gaming situations, where high performance should be prioritized.

The game is one of the latest trends in the PC market. Competition between manufacturers is so severe that we can buy a gaming laptop that can not be used before. The parts manufacturers are also introducing a number of processors, memory and graphics cards that do not need to be aware of notebooks.

Products like the Acer Nitro 5 AN515-54 are also a reflection of recent trends. It is packed with the latest high performance components, including the 9th generation Intel Core processor, and the expansion of memory and system storage is relatively free. It is worth mentioning that it can be purchased at the beginning of 1 million won (in 2019, the cheapest Internet, not including Windows), offering a low level of portability and a good amount of material, but with more performance and resources required by today's players. If you are a consumer addicted to finding a tabletop solution, you may be interested.

Close window
You recommended the article[리뷰] Ninth Generation Laptop with Core for Games, Acer Nitro 5 AN515-54News from the Best Suggestions