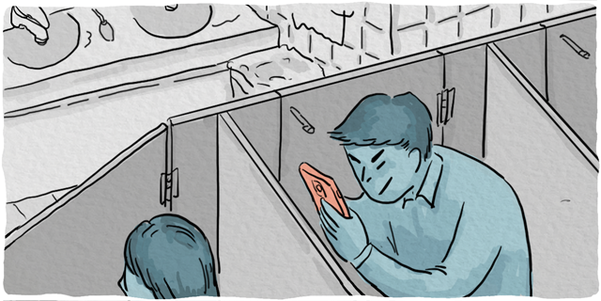 "I postponed the report of the certification of the security bathroom … I was shot by a mocker."

A woman was screaming in a bathroom on the first floor of a residential complex near Shinchon Station on Line 2 of Seoul Metro at 2 am on the 15th. The woman in the bathroom found a & # 39; smartphone camera & # 39; on the other side of the door. This was the "safe toilet" that checks the illegal shooting equipment in Seoul every month. However, there has been a case in cases where mokka bombers were assaulted in the toilet safe, and it is pointed out that the safety certification of illegal shooting equipment is in conflict with the prevention of sexual offenses.

According to police, victim A (19) was sitting in the toilet and saw a black shadow on the floor. Looking up, the camera lens of the black cell phone pointed at me. The man who was firing illegally while A-chan was screaming, ran out of the building. The so-called "crime of mystery" was. As soon as he left the bathroom, A reported to police, and police said they were chasing men through closed circuit analysis (CC).

In the bathroom where the crime occurred, there was a check mark written under the "Safety Restroom" mark, "This is a place where the Seoul City women's safety sheriff is constantly checking for the installation of illegal shooting equipment." There was also a sign that the sheriff had checked with me more than once a month last January, six days before the crime occurred in January. In August 2016, the Seoul Metropolitan Government appointed female security guards to focus on installing cameras in multiple facilities, such as public toilets and private toilets.

One police officer said, "The latest incidents involving mysterious crimes are that most men steal their phones after taking their cell phones directly to women's restrooms." A police officer in Seoul, who asked for anonymity, said: "It is also a problem to note the date of the inspection on the security mark certificate." If the mocker looks and has a recent date (I do not expect the sheriffs to arrive today)), and there is a case where illegal filming is done, so it is necessary to improve the system. "

Kim (57), the building's chief, said, "Every month in the ward office, even if someone tests me, it's just then."

Professor Oh Yoon-sung, a professor of police management at Soonchunhyang University, said: "Some authors suspect it's a simpler way to shoot cameras than to set up a recording device." "We need practical measures such as installing a CCTV at the entrance of a women's room and putting up warning signs."

In recent years, several universities have reported that suspect men go to the women's room. On November 11 and 12, at Kookmin University, a man was hiding in a woman's room and ran away. It has been confirmed that the bathroom also has a sticker for & # 39; safety toilet.

Lee Jun-bae, president of Kookmin University, said: "Recently, there have been many injuries in women who entered a women's room on a college campus." Since last year, they are conducting an unintentional investigation with the ward office staff and the police. Kim Ji-hyun (25), a student at Kookmin University, said, "It's true there was less surveillance on the bathroom's security signal."

Sogang University and Hongik University also reported that the men would be in the women's room on days 11 and 13, respectively, and closed the bathroom temporarily. Each university student association went out to detect illegal imaging equipment, but the device did not leave the bathroom. "I do not know what it means to have a sheriff checking me in," said Lim Kyu-hoon, a 28-year-old student at Sogang University who said, "He said.