45% combined use with the year 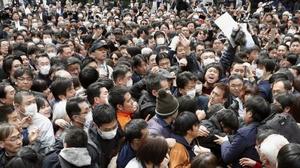 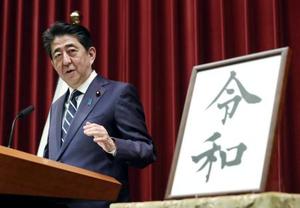 According to a nationwide emergency telephone survey conducted by the Kyodo News Service on Jan. 1 and 2, 73.7 percent of respondents said "I can feel good" about the "Deor" released by the government as a new era to replace "Heisei." "I can not feel good" was 15.7%. When I asked if I would like to use the Continent in my daily life or work, whether in the new era or the Christian era, both are the largest, with 45.1%. The order was 34.0% in the Christian era and 18.8% in the new era. The cabinet approval rate is 52.8%, a substantial increase of 9.5 points from the previous survey in March. Disapproval fell 8.5 points to 32.4%.

The high assessment on the question of the new era may have influenced the increase in the approval rates of the offices.