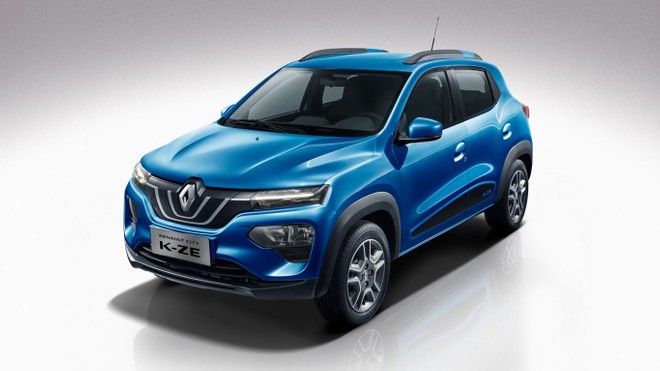 The first vehicle 100% electric of segment A was revealed by Renault at the Shanghai Motor Show: Renault City K-ZE, derived from the K-ZE concept introduced last fall, is a small crossover intended only for the Chinese market, 9 vehicles (of which 3 electric) about to be produced locally until 2022 in colaboration with Dongfeng. The ambitious brand sales targets for the Chinese market, announced by the new CEO of the Renault Group, Thierry Bolloré: 550,000 units sold per year.

Characterized by SUV design with muscular lines and distinct details such as LED daytime running lights and a black insertion grille and chrome strips, the Renault City K-ZE offers a height of 150 mm from the ground and despite its dimensions compact (2.42 m wheelbase length of less than 4 meters) and the electric power train offers trunk of 300 liters, higher value in the segment.

The data referring to the electric powertrain have not yet been officialized, which nevertheless must confirm the technical file announced with the presentation of the concept: 33 kW engine (45 hp) and maximum torque of 120 Nm, autonomy of 250 km of autonomy in the cycle NEDC and 190 km in the WLTP cycle.

We still do not know what the capacity of the battery is: Renault has simply declared compatibility with fast charging, able to guarantee80% of autonomy in 50 minutes. In slow loading mode, however, 4 hours to get 100% autonomy.

Despite being a city car with a relatively low attack price (an equivalent of 10,000 euros in China), City K-ZE offers a infotainment with large screen 8 inch touch with smart voice commands and connectivity 4G, which not only allows you to turn the car into a Wi-Fi hotspot and navigate online, but also connect remote Through a Smartphone app. The steering wheel is the same as the new Renault Clio, completely renovated inside.

Finally, the car is equipped with PM2.5 Sensors and a system of air quality control, which allows to evaluate the quality of the air of the passenger compartment and to automatically switch between the internal and external circulation and vice versa, preserving the health of the passengers. Among the accessories also the rear view camera and the monitoring system of the tire pressure.