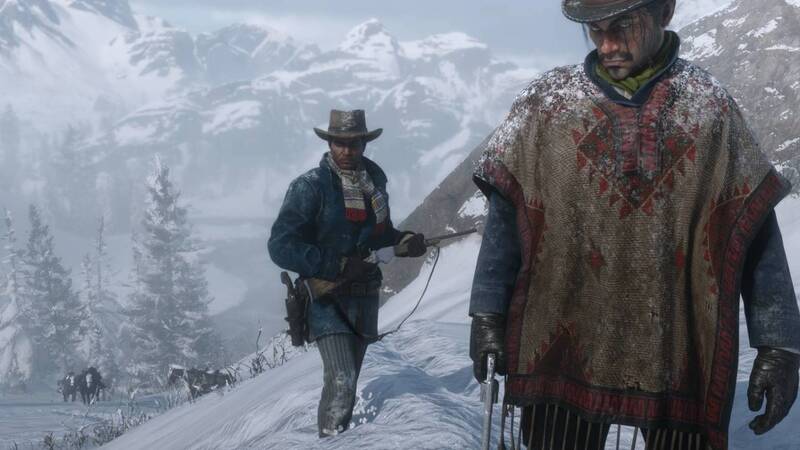 Red Dead Redemption 2 finally arrived on the PC and it couldn't have been otherwise after Rockstar Games collected huge hits on the platform, including of course GTA V and GTA Online. The game itself we reviewed when it was released on consoles; so for an opinion on the title in terms of gameplay, we refer to these pages.

Technically, however, how does Red Dead Redemption 2 appear on the PC? At first glance very well. Certainly ray tracing is not supportedbut from good geeks, we immediately catapult into the settings, remaining quite impressed with the number of editable entries made available.

You can literally act on everything: from shadows to motion blur, from vegetation details to textures, from anti-alising to global lighting and environmental occlusion. Obviously, it supports 4K and higher resolution, more displays and more. We really can't complain about that.

Another aspect to be highlighted in relation to PC editing is the content aspect, with news for Story mode, including:

Below you can see the official game requirements communicated by Rockstar Games:

In the following table, you can see what the Nvidia graphics card manufacturer recommends with their GeForce RTX solutions:

Rockstar Games worked to better integrate the mouse and keyboard as well as controllers – which is not difficult as it is a multiplatform. As it is written, in the graphics there is everything, and in that we can only say "good Rockstar", with support also for HDR compatible monitors.

The software house has subdivided the graphic settings into three main categories: go by video, where you can act on V resolution and synchronization, to switch to graphics, where it acts on the general graphic preset and three different versions of anti-aliasing – TAA, FXAA and MSAA – as well as the anisotropic filter.

Then there's the part Advanced Graphics which allows you to act on everything else, including choosing between the API DirectX 12 and Vulkan. The latter is the default API – at least for now – and in our tests we can say that it is also preferable at the moment.

Even pointing to the maximum graphic preset, many settings will remain set to High instead of Ultra with MSAA and FXAA disabled.

We ran tests on Nvidia 441.12 drivers and AMD 19.1.1 drivers to see how the game behaves when the graphics card changes to Ultra settings.

To try the game, we use the integrated benchmarkbut here we are focused on the last pass in the city of St. Denis, tracked with the Nvidia FrameView tool, as the integrated multi-step benchmark, in our opinion, does not record actual performance due to multiple uploads from one scene to another.

Anyway, we register another strangeness, or the test scene changes from time to time: despite this, there is no real impact on the final presentation, but we do not hide the fact that we start laughing in the ever-changing manner. where the horses die after the protagonist throws dynamite in the policeman's carriage.

Sometimes the camera focuses only on Arthur, and sometimes he loses his hat and sometimes not, or "goes blank on the spot" at any given time. In short, there are some oddities that we hope will be corrected.

As you can see, Vulkan API ensures higher performance in principle, but the 99th percentile result rewards the DX12, which allows the game to maintain a generally more stable frame rate.

Full HD playback is not a problem for almost all video cards except the GTX 1060 and RX 590, with which we recommend reducing the graphic details in between. At 1440p, you can see how media setup becomes necessary even with an RTX 2060. Ultra 4K playback requires an RTX 2080 Ti, but even in this case, as Nvidia says, it's best to narrow down the details for medium to high.

We took some screenshot with four different graphic settingsby tapping only the slider related to the general quality preset (which consequently acts on the other voices) to show how the graphics change. Above, you can see where we put the slider, while below the screenshots in order – from left to right – from lowest quality to highest quality:

The lowest level of detail and the immediately after deteriorating graphic quality clearly, with much less detailed textures and lighting that dim the surrounding environment. In our opinion, the third preset, the medium-high (called Balanced), if we can define it as such, is the one we aim for, because it does not affect the graphics quality of the game in a clear way compared to the maximum.

It must be said that this is the highest quality of the balanced level. For this detail, the performance achieved by the video cards is the same of the highest quality; therefore, to get some FPS, we suggest that you keep a few steps below our configuration so as not to compromise quality too much and increase frame rate.

What do these results tell us? Maybe Rockstar Games needed more time to optimize the game, and especially to work with Nvidia and AMD on graphics drivers. Just in the last few hours a patch has arrived, but for the same software house admission there is still a lot to do.

"We know that some players are still experiencing stuttering issues in Red Dead Redemption 2 for PC. We think this depends on some unexpected issues related to specific combinations of Nvidia graphics drivers, Nvidia graphics cards and some CPUs. […] We are working with Nvidia to definitely resolve the issue in a future update. It may take a few days to perform the necessary tests and ensure that the update definitely resolves the issue. "

"We apologize for this temporary inconvenience: we will update you as soon as we have more news. We want everyone to be able to try Red Dead Redemption 2 for PC as soon as possible and as well as possible."

A mea culpa that honors, but does not erase initial stability issues and impeccable optimization. So we recommend the game to anyone with a PC at the time, and suggest that you give Rockstar time to fix the bugs, after which it can become a really good Christmas gift.